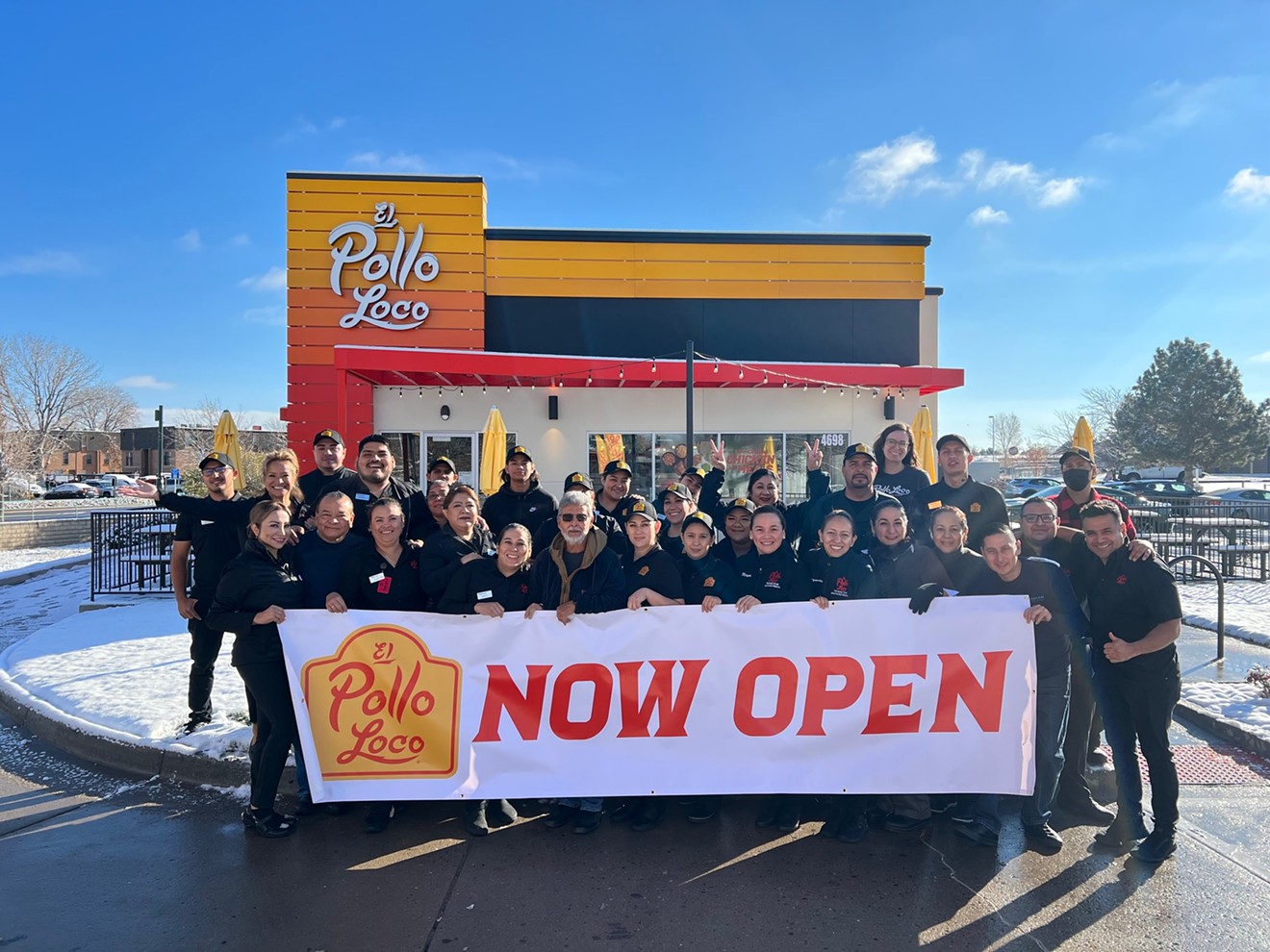 El Pollo Loco
First came Shake Shack and In-N-Out, then Whataburger. Now another fast-food chain with a cult following has opened in Colorado.

El Pollo Loco has had a presence in Denver before: It operated a location at 1401 South Federal Boulevard before that outpost shut down in 2011; the space is now home to Pho 95.

But over a decade later, it's back, with a brand-new spot at 4698 Peoria Street that opened November 15. The addition is part of big expansion plans for the L.A.-born brand that specializes in fire-grilled chicken. By 2026, it plans to add 140 new locations to its current 480-plus outposts in the western part of the country.

In Colorado, two separate franchise partners are set to open eight locations total in the metro area, with more possible over the next five years, including outposts in Colorado Springs.

This isn't the end for new-to-us chains moving into the state. East Coast favorites PrimoHoagies, Chicken Salad Chick and Call Your Mother are all set to debut here in 2023.

What are we still missing? Which out-of-state chains do you crave? Would you welcome more culinary transplants? Or are you tired of Colorado becoming a go-to market for the expansion of brands like these? Let us know at [email protected].
KEEP WESTWORD FREE... Since we started Westword, it has been defined as the free, independent voice of Denver, and we'd like to keep it that way. With local media under siege, it's more important than ever for us to rally support behind funding our local journalism. You can help by participating in our "I Support" program, allowing us to keep offering readers access to our incisive coverage of local news, food and culture with no paywalls.
Make a one-time donation today for as little as $1.