Chris Byard
If you‘ve had the opportunity to visit Mexico City, then you understand the power of a transcendent taco. The Mexican urban landscape is dotted with taquerias and birrierias that serve tacos in their purest form: a warm corn tortilla and hot meat with chopped onions, cilantro and a satisfying squeeze of citrus. The only problem with experiencing a transcendent taco is that it leaves you hopelessly searching for a taste of that memory at home. Enter Kiké's (a nickname for Enrique, pronounced kee-kay) Red Tacos, a food truck that’s permanently parked in West Highland at 3640 West 38th Avenue.

The truck got its start when Cesar Silva González made a suggestion to his father, Enrique Silva Figueroa (aka Kiké), that he should use the family savings to open a food truck rather than purchase a home. The idea didn’t come out of the blue — Figueroa spent his whole life working in restaurants and managing kitchens in Mexico. While his father was on board from the start, González’s mother expressed reservations. Eventually, though, his persistence won out, and the family opened Kiké's Red Tacos in 2020.

Since then, it’s made a big splash. This year, it won the Denver Post’s March Taco Madness and made it to the Elite 8 in Stoned Appetit’s March Madness. The “red” in Kiké's Red Tacos refers to its specialty, birria. While the dish has been trending on social media over the past two years, this family’s take stands out. Hailing from the state of Jalisco, birria is a stew traditionally made with goat (though beef, which Kiké's uses, is a common substitute) and a combination of chile peppers and spices cooked over low heat. González’s father is a native of Jalisco, and the truck uses his family recipe to make a variety of dishes. Kiké's is known for its birria.
Chris Byard
“I really pushed for birria because that was my favorite dish that my mom and dad would make when I was growing up,” González says. “They would make it for my birthday, and that’s what I would want them to make for Christmas. That was what I always wanted; that was my preferred dish.”

While birria is popular, it’s also a time-intensive dish to make. “It’s an eight-hour process, and dozens of spices go into the process,” González notes. “We manage the heat level throughout the heating process. So,  yeah, it’s a tedious process, and that’s why not too many people do birria, and the people that do kind of cut corners with the process.”

One bite of a Kiké taco and you can taste the love and dedication that González’s parents put into making birria daily. The best part about indulging in birria tacos is dipping them in the red-hued consomé served on the side. “It’s a broth formed during the cooking process,” González explains. “It forms with the fat melting and the spices mixing in with everything, and then we separate the oil and consomé so that there is no oil in the consomé, just the broth itself. The oil, we use to kind of fry up the tortillas.” The consomé from Kiké’s is super flavorful.
Chris Byard
From traditional birria tacos and cheesy birria quesatacos to burritos, quesadillas, tortas and a more modern dish, birria ramen, Kiké’s has several ways to enjoy its specialty. “During the colder seasons, ramen is our most popular item,” González notes. “My favorite thing for sure is the quesatacos or the burritos. I really like the burritos.”

The truck is open Tuesday through Sunday from 11 a.m. to 6 p.m., or until it sells out. But soon the family will be able serve even more birria, plus other items, because they’re in the process of building a brick-and-mortar location — though González isn’t ready to share the exact location just yet. “That’s what we’re really looking forward to, to not be so limited. That’s the biggest issue we have with the food truck is the limitation,” he notes. “We want to change a couple of things and add a more expansive menu,” including carnitas and carne asada, as well as upgrades to Kiké's current al pastor and the more traditional version of birria made with goat.

In the meantime, stop by the truck (or order ahead online when available), and rest assured that the food is worth the wait.
KEEP WESTWORD FREE... Since we started Westword, it has been defined as the free, independent voice of Denver, and we'd like to keep it that way. With local media under siege, it's more important than ever for us to rally support behind funding our local journalism. You can help by participating in our "I Support" program, allowing us to keep offering readers access to our incisive coverage of local news, food and culture with no paywalls.
Make a one-time donation today for as little as $1. 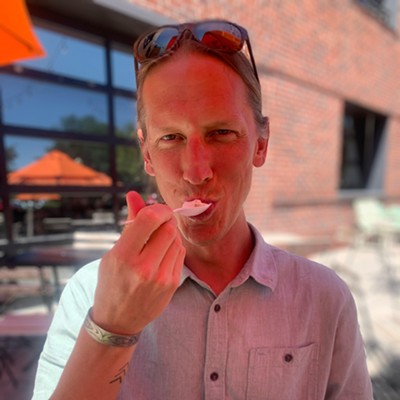