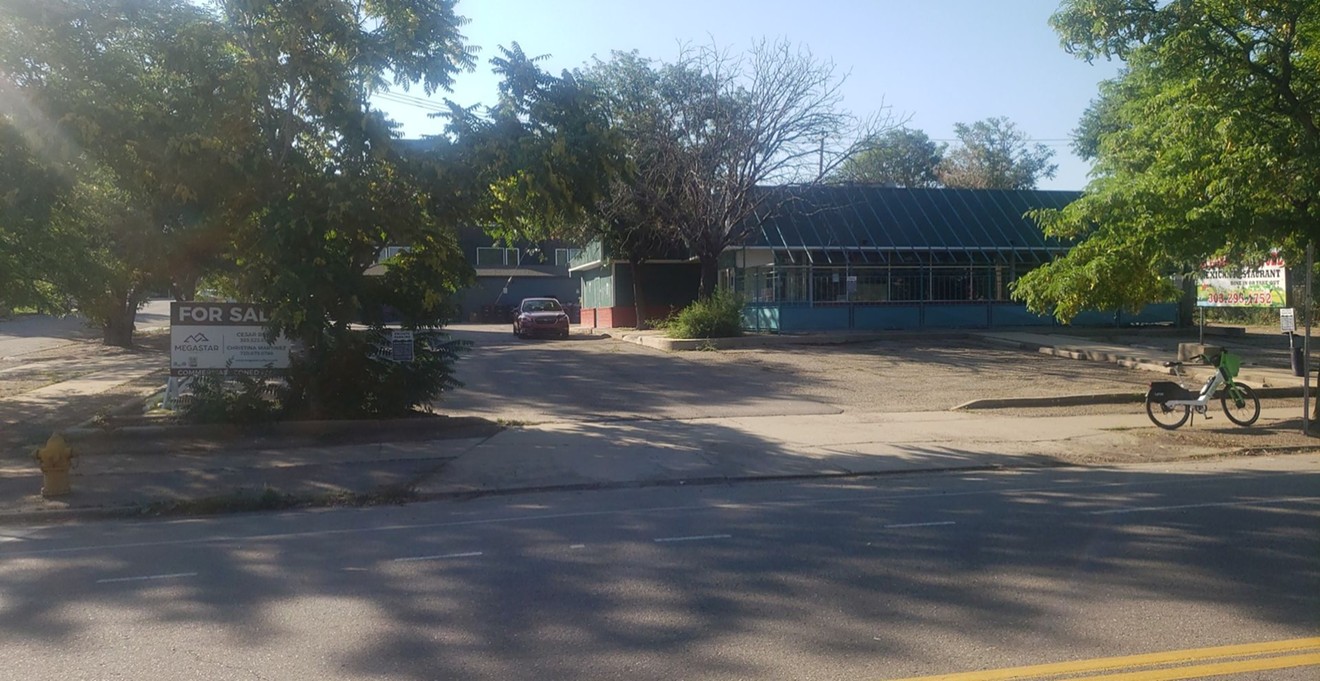 There's a for sale sign in front of La Casa de Manuel. Mike Marini
After 68 years, La Casa de Manuel may finally close for good. Its home at 3158 Larimer Street, a prime corner lot, is for sale for a whopping $25,000,000, and at 84, Manuel Silva isn't ready for another move.

Silva came to Denver in the ’50s with his father, mother and eight siblings; the family had $500 in life savings and dreams of opening a restaurant. They leased space at 2010 Larimer Street that had previously been occupied by a Japanese jeweler and opened Monterey House #1. By the ’70s, Silva had taken over the spot. He changed the name of the restaurant to La Casa de Manuel and filled the modest space with a half-dozen folk-art murals painted by Jose Castillo, a bellman at the Brown Palace.

For two decades, he ran the place on a month-to-month lease, watching as the neighborhood changed with the establishment of the Lower Downtown Historic District in 1988 and the opening of Coors Field in 1995. And in late 1998, he got a letter announcing that his lease at 2010 Larimer Street was being terminated — and that La Casa de Manuel had until December 15 to get out.

Fortunately, Silva quickly found another spot eleven blocks away, at 3158 Larimer Street, that had briefly been home to Michael Bisenius's Larimer Drive-in, across the street from an art gallery run by his then-wife, Sheila Bisenius. He moved in the murals and his menu filled with classic Mexican fare, including "wet" (instead of smothered) burritos, and started serving his regulars. But not serving them alcohol: Aside from the "wet" burritos, La Casa de Manuel has always been dry.

As with La Casa's previous location, the neighborhood around this restaurant soon started to change. Artists began moving out of the old warehouses as developers discovered the RiNo Art District. They made plenty of offers to Silva. His daughter, Angel, says that developers regularly came in offering millions of dollars for the big piece of property on a prime corner, but that her parents didn’t want to sell, particularly because they were upset with how the neighborhood had changed and lost its charm.

According to Silva's son, Alex, rising property taxes were the primary reason that his parents finally decided to call it quits after nearly seven decades in business. They have no plans to move again, and will instead retire.

But until the property is sold, La Casa de Manuel is still serving. Stop in and get a taste of old Denver before it's gone.
KEEP WESTWORD FREE... Since we started Westword, it has been defined as the free, independent voice of Denver, and we'd like to keep it that way. With local media under siege, it's more important than ever for us to rally support behind funding our local journalism. You can help by participating in our "I Support" program, allowing us to keep offering readers access to our incisive coverage of local news, food and culture with no paywalls.
Make a one-time donation today for as little as $1. 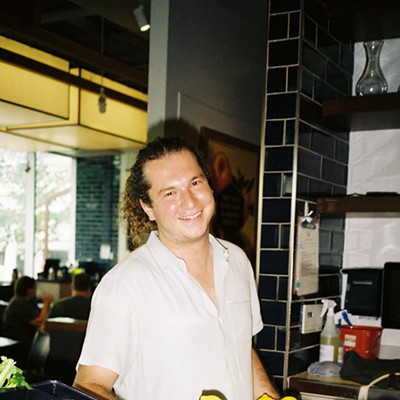 Mike Marini is an enthusiast of all things local with a large appetite and a curiosity for the history that surrounds us.