My Neighbor Felix Has Big Plans for the Future, Including a DTC Location Opening Soon 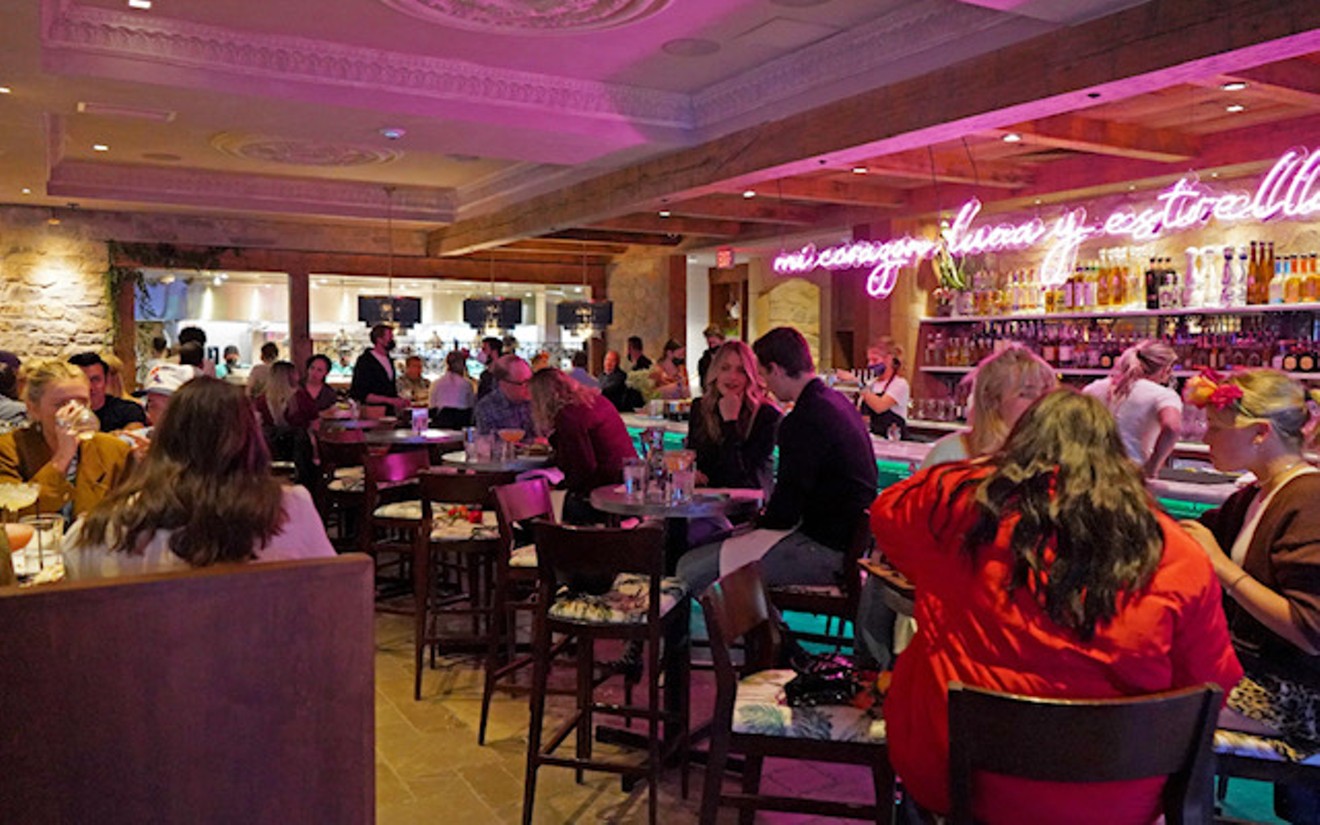 First up: the third location of My Neighbor Felix, the Mexican concept that Lotus launched in LoHi in 2020, which is set to debut in the former Landry's at 7209 South Clinton Street in the Denver Tech Center in late December. This outpost was originally supposed to be the brand's flagship location, says Kasie Carbacio, vice president of operations. But then COVID hit, and construction plans for the 10,000-square-foot building were put on hold.

Instead, Felix made its entry into the dining scene at 1801 Central Street and added a location in Boulder last year. Then, five months ago, it made a big change to its leadership team. "I've always wanted to work with winners," says Johnny Curiel, Lotus's new culinary director. "I want to work with like-minded people. People that want to grow. People that want to take this to the next level."

Curiel got his start cooking in his father's restaurants. "I soon realized that I wanted to do Mexican, and do it right," he explains. So at age eighteen, he decided to go to Mexico to learn about "the culture, about the people, about the ingredients." He traveled all over the country for two years before returning to Denver and taking a job with restaurateur Richard Sandoval that allowed him to travel to Sandoval's eateries outside of Denver. But Curiel eventually opted to move on, always focusing on his desire to share true Mexican cuisine.

His next gig was with restaurateur Troy Guard of TAG Restaurant Group, where he tried his hand at a variety of cuisines. "And then it got to me, it got to my head. I was like, 'I need to do Mexican,'" he recalls. That's when he moved to Dave Query's Big Red F restaurant group. "Dave and [chef] Jamey Fader were, to me, one of the biggest pieces of my life," Curiel says. "People that trusted me. They were the first ones that really were like, 'Johnny, here are the keys to this restaurant. Go with it. What you think of Mexican food is what we want.'" 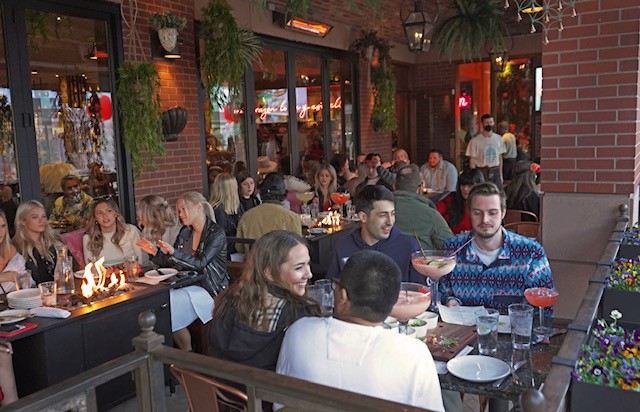 Like the LoHi location, Felix DTC will have ample patio space.
My Neighbor Felix
That restaurant was Centro Mexican Kitchen in Boulder, where Curiel headed up a rebrand. The experience made him understand that being a great chef wasn't just about food, but also about "the restaurant as a whole," he says.

After a move to the East Coast during COVID, Curiel returned to Denver and joined Lotus, motivated in large part by the group's strong leadership group, including Carbacio, who is a longtime vet of the Hillstone Restaurant Group.

With "a badass team" in place, Lotus is going all in on some exciting new projects, Curiel says. The new My Neighbor Felix in the DTC will not only have tons of space, including two large private dining areas and plenty of patio seating, but a Mexico City-inspired design that incorporates three commissioned works by Mexican artist Erick Garcia Gomez as well as 300 lighting fixtures created for the project by Ático Decoración in San Miguel de Allende, Mexico. "I will never forget those lights," Curiel says. "It was immigration and getting them through the border. It was a whole project. It's actually crazy. But they're amazing." 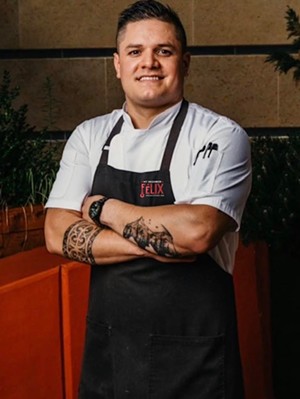 Chef Johnny Curiel joined Lotus Concepts five months ago.
My Neighbor Felix
Felix DTC will also have a slightly more elevated menu than the first two locations, including a steak program that should appeal to the area's demographics. Curiel headed up the development of the new dishes, which include a ribeye with chimichurri, a strip steak with Mexican au poivre, an adobo-crusted Chilean sea bass, and a chile relleno stuffed with housemade chorizo and Oaxaca cheese over a tomato frito sauce.

The opening of My Neighbor Felix in the DTC will soon be followed by a fourth outpost, coming to the Promenade Shops at Briargate in Colorado Springs in early March 2023.

Later that month, Lotus Concepts plans to introduce a new concept, Wonderyard Garden & Table, at 2200 Larimer Street, which will focus on Mediterranean bites and cocktails. And in late 2023/early 2024, a yet-to-be-named steakhouse will open at 1525 Blake Street, where Rio Grande Mexican Restaurant was located for over two decades before it moved to a nearby location in May. "We're going all out," Curiel says of the plans.

"We're really capitalizing on the outside space," Carbacio adds. "It's in the middle of the city, and it's going to feel like a garden."

Curiel is overseeing the menus at the ViewHouse locations as well. "The mentality that we have with Felix started with ViewHouse," he notes. Those include a commitment to using fresh, never frozen ingredients like Red Bird chicken, sourcing locally whenever possible, and focusing on sustainability.

With so many big plans in the works, Curiel is excited to take on the challenge — and he's excited to show off what Lotus Concepts can do. "We are actually like a powerhouse," he concludes. "I have no doubt, we will be one of the best restaurant groups in the state. It's going to take a lot. It's taken a lot of hours, a lot of everything. And we wouldn't be able to do it without the team that we have."
KEEP WESTWORD FREE... Since we started Westword, it has been defined as the free, independent voice of Denver, and we'd like to keep it that way. With local media under siege, it's more important than ever for us to rally support behind funding our local journalism. You can help by participating in our "I Support" program, allowing us to keep offering readers access to our incisive coverage of local news, food and culture with no paywalls.
Make a one-time donation today for as little as $1.