Cocktails, Wine, Spirits and a Kitchen Coming to Raíces Brewing

Raices Brewing
Since opening two years ago, Raíces Brewing has used its beer and its beautiful space at 2060 West Colfax Avenue as a hub for Latin American-themed food, music, culture and events. That circle will open a little wider in the coming weeks and months as the brewery adds cocktails, spirits, wine and, eventually, its own kitchen.

"We’ve been developing this piece for quite some time now, and we're phasing it in," says Raíces co-owner Jose Beteta. "It's something new and different for people to come and experience."

Liquor is a staple of many Latin American celebrations, and "since we are not just representing one piece of Latin America, but the whole continent," Beteta says, he wants to include everything from Mexican tequila to cocktails like mojitos and Cuba libres, piscos sours, piña coladas and caipirinhas.

The first thing to be added to the menu now that Raíces has been approved for a brewpub license (which is required in order for a brewery to serve wine and spirits) is wine. In particular, those made by wineries with Latino ownership, whether they are in the United States or other countries. Beteta says he hopes to have some on the menu by late December and into early January. 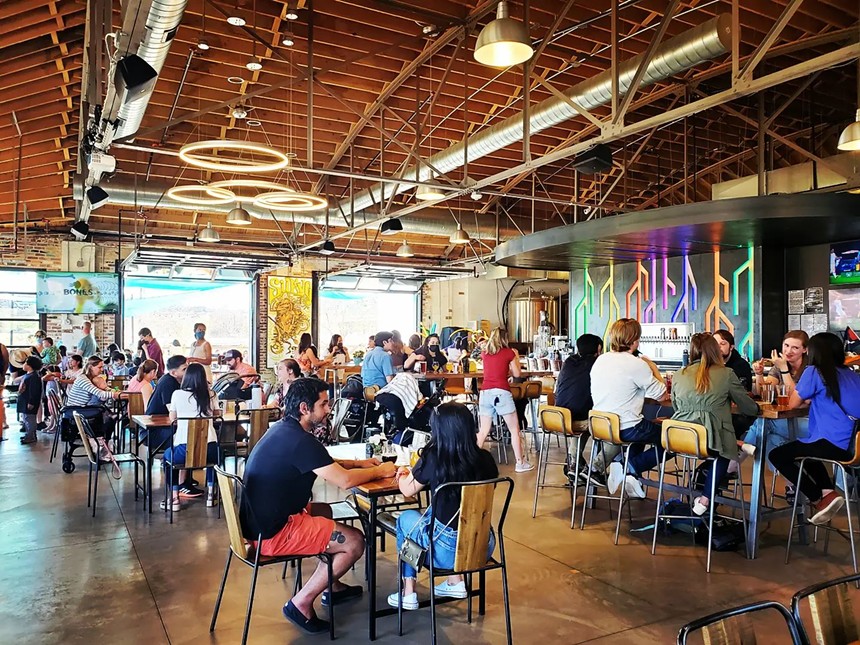 Raices Brewing
The kitchen, which has had a dedicated space planned since the building was remodeled in advance of Raíces opening there, will be the final piece. The brewery currently offers small pizzas and pretzels, but Beteta says Raíces will slowly begin adding items like empanadas to the menu in 2022. Once the kitchen is fully built, he would like to host Latin American and Caribbean chefs from around the world for pop-up events.

"This was definitely within our plans from the very beginning. It's an expansion of our vision, and it will be a complementary piece to what we're already doing," he adds. "We're very excited."

In the meantime, Beteta recommends trying Cosecha, a beer made with pineapple purée and locally grown and roasted peppers. Brewed with Belgian yeast, it comes in at 10.8 percent ABV.

Raices brewing is located at 2060 West Colfax Avenue and is open 3 to 9 p.m. Tuesday and Wednesday, 3 to 10 p.m. Thursday, 1 to 10 p.m. Friday, 11 a.m. to 10 p.m. Saturday and 11 a.m. to 7 p.m. Sunday. For more information, visit raicesbrewing.com.
KEEP WESTWORD FREE... Since we started Westword, it has been defined as the free, independent voice of Denver, and we'd like to keep it that way. With local media under siege, it's more important than ever for us to rally support behind funding our local journalism. You can help by participating in our "I Support" program, allowing us to keep offering readers access to our incisive coverage of local news, food and culture with no paywalls.
Make a one-time donation today for as little as $1.