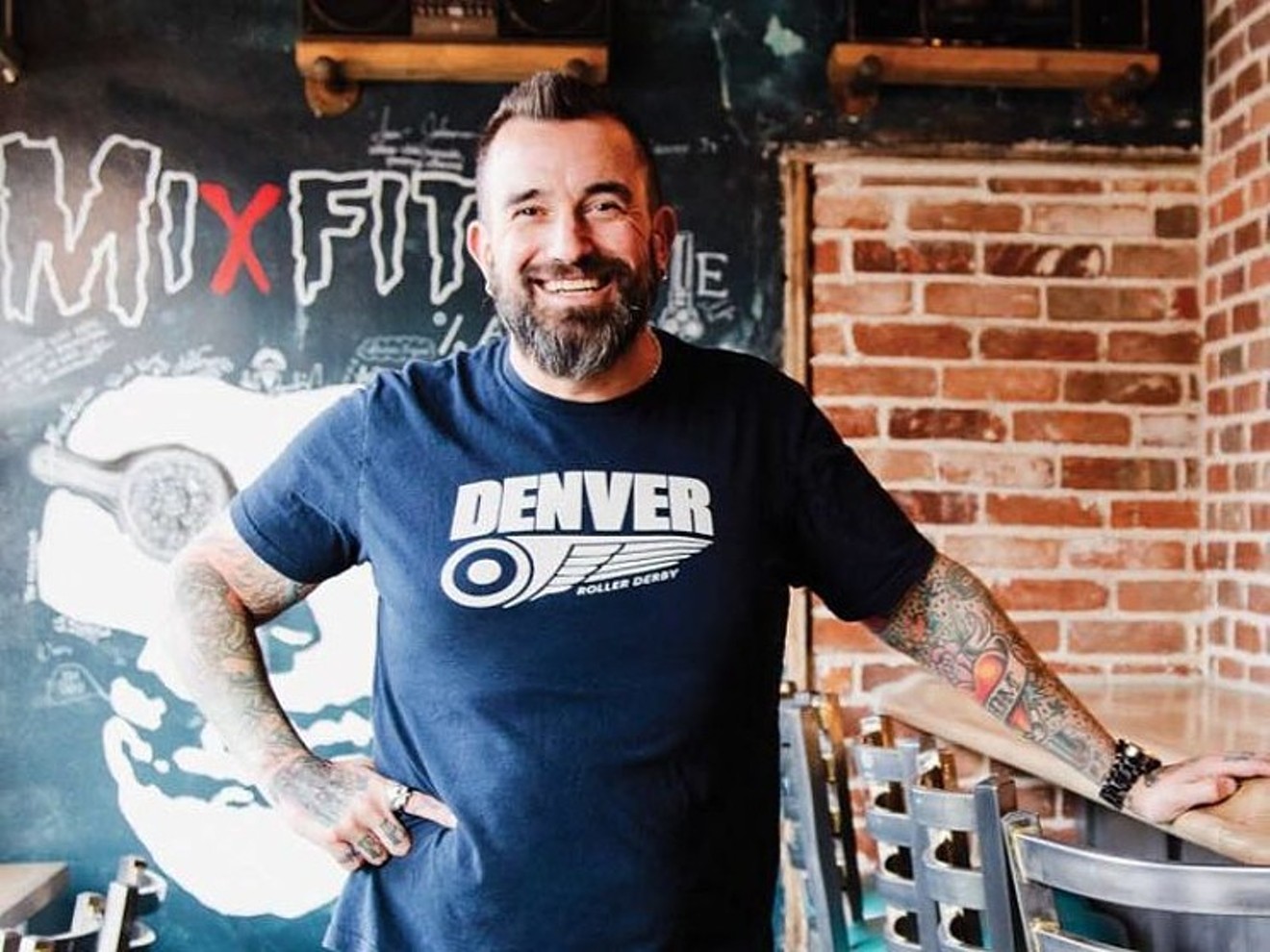 Sean Kenyon won Best U.S. Bar Mentor. Imbibe
"It’s really important to me that this award lands in Denver. As a 'no coast' city, we’ve been overlooked for years. I am proud to represent our city and prove that we are not to be dismissed," says Wiliams & Graham and Occidental owner Sean Kenyon, who won Best U.S. Bar Mentor at Tales of the Cocktail's 2022 Spirited Awards in New Orleans on July 28.

This isn't Kenyon's first time being recognized by Tales of the Cocktail — he won Best American Bartender of the Year at the awards in 2014, and speakeasy-style Williams & Graham nabbed Best American Bar of the Year in 2015. Even so, Kenyon says he's "honestly stunned and honored to have won."

Also in New Orleans for the ceremony were Mary Allison Wright and McClain Hedges, whose Yacht Club was one of four finalists for Best New U.S. Cocktail Bar. "It’s a huge accomplishment for a Denver bar just to make the top four," Kenyon notes. "I have no doubt they will end up there again, and standing on that stage with a plate. Mary and McLain are two of my favorite people in hospitality. Yacht Club is not just a bar, it’s a vibe. It’s a new and thoughtful approach to opening a bar. What they are doing is truly special. They simply get it. I love them so much."

In his acceptance speech at the ceremony, Kenyon's focus was on thanking others, including his wife, Bijou, "a constant inspiration," and his staff. "Two weeks ago, I got to read the letter that my staff at Occidental and Williams & Graham wrote for me to nominate me, and two weeks ago, I felt like I won this award already, and it didn't matter whether I was standing here with this plate or not," he said.

He also talked about the importance of supporting marginalized people, especially in the current political climate, a point he reiterated in an Instagram post on July 29, the morning after the ceremony, which reads: 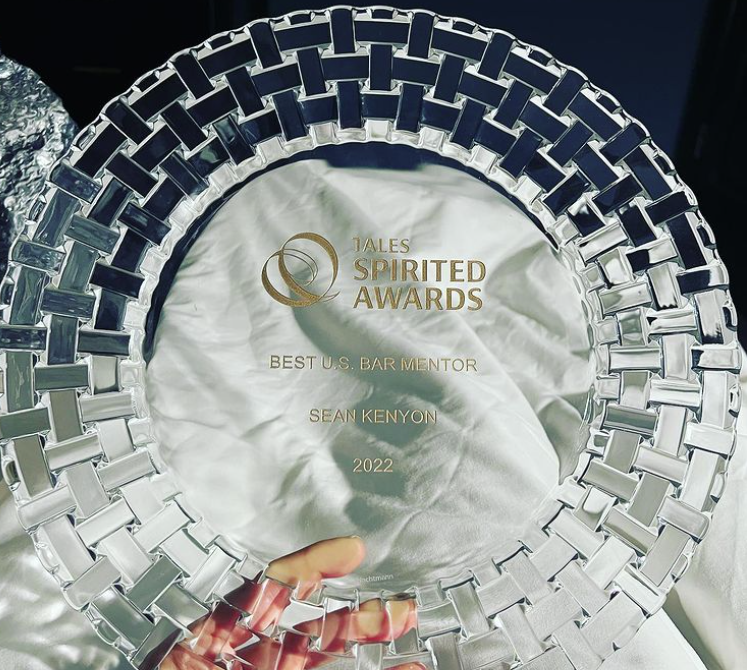 "I woke up next to this plate this morning."
Sean Kenyon/Instagram

I woke up next to this plate this morning. This is the first time I’ve posted about this award and my nomination because I found it difficult to celebrate in a time where our governments are taking rights away from my friends and colleagues. But, I realize that it’s OK to be proud of this accomplishment because it is due to the fact that I’ve had a positive effect on the people around me. My family raised me to love unconditionally, and that made me a better bartender. Thanks to our family at @williamsandgraham and @occidental_bar . I love you. I am proud to own bars in Denver, CO and to be part of our F&B community. Thanks to the entire @liq_pro team. And, I would not have been standing on that stage without Bijou. She inspires and supports me everyday. All that being said, it’s VERY important that we use our platform to fight for the marginalized, the BIPOC and LGBTQIA+ communities. To be Allies and to bring voice to the issues that challenge their rights. Hospitality starts with our peers, reflects to our guests and extends to our global community. Be a bartender first.

Cheers to that, and to Kenyon and Yacht Club, both excellent examples of Denver's still-thriving hospitality scene.
KEEP WESTWORD FREE... Since we started Westword, it has been defined as the free, independent voice of Denver, and we'd like to keep it that way. With local media under siege, it's more important than ever for us to rally support behind funding our local journalism. You can help by participating in our "I Support" program, allowing us to keep offering readers access to our incisive coverage of local news, food and culture with no paywalls.
Make a one-time donation today for as little as $1.