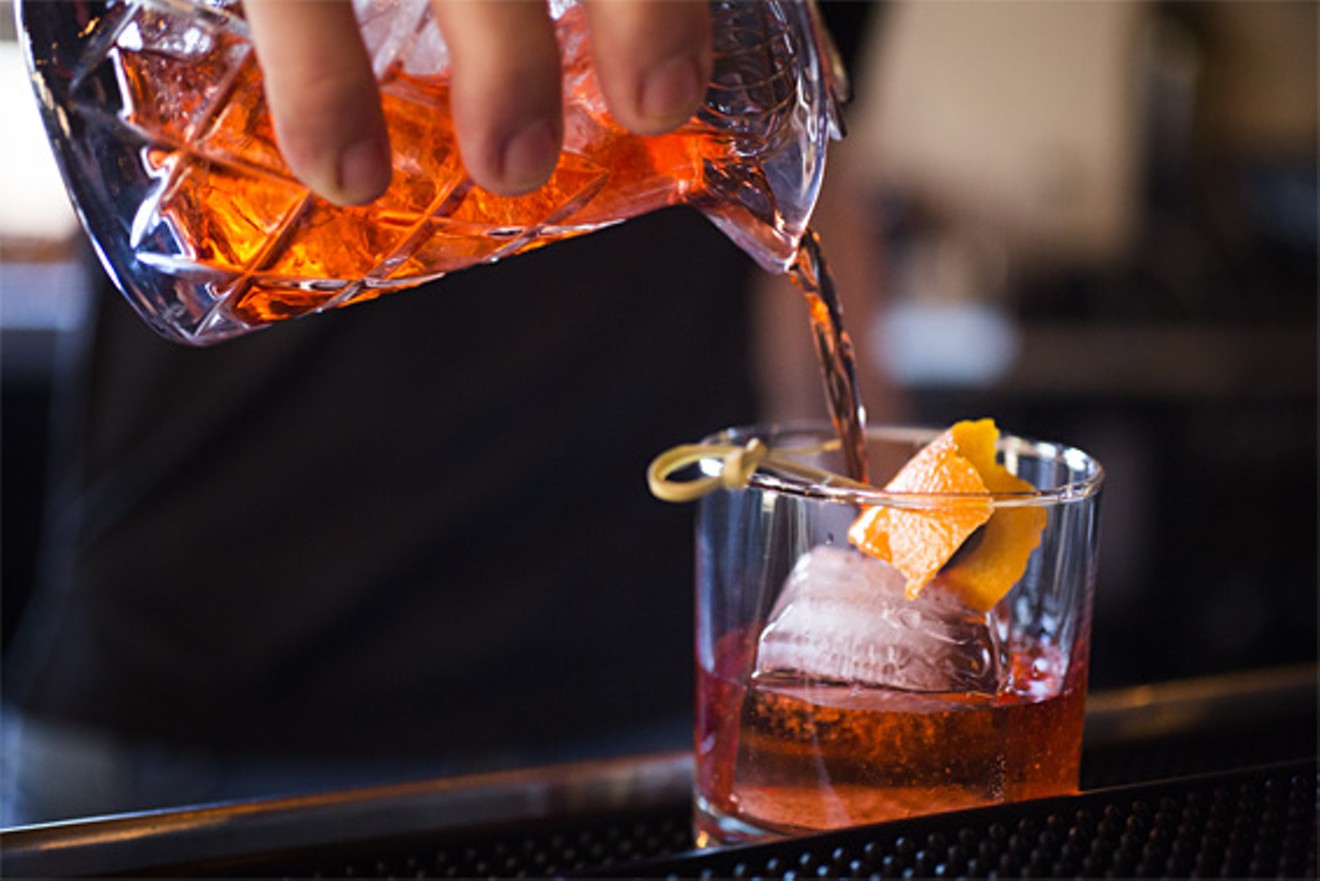 The Negroni is being poured all over Denver this week. Danielle Lirette
Happy Negroni Week, Denver. We like fake holidays that give us another excuse to drink, and this one is a special bonus because it's seven days long and includes Campari, that bittersweet liqueur that is practically synonymous with summer. Moreover, bars officially participating in Imbibe magazine's Negroni Week are donating a portion of their proceeds from Negroni sales this week to charity. Here in Denver, the list includes Bar Dough, Williams & Graham and Occidental, RiNo Yacht Club, Colt & Gray and Ste. Ellie, Acorn, the Way Back, Poka Lola Social Club and the Arvada Tavern. Head to the event's website to see the full list.

The Negroni came from early-twentieth-century Italy, invented, according to lore, when Count Camillo Negroni asked for his Campari-based Americano cocktail to be made with gin instead of soda. The classic recipe is an easy build: combine one part Campari, one part London dry gin and one part sweet vermouth over ice in a rocks glass and stir; garnish with a lemon twist.

We asked six of the area's best bartenders (several of whom are participating in Negroni Week festivities) to provide us with recipes for twists on the classic. A toast to Count Negroni and his marvelous invention! 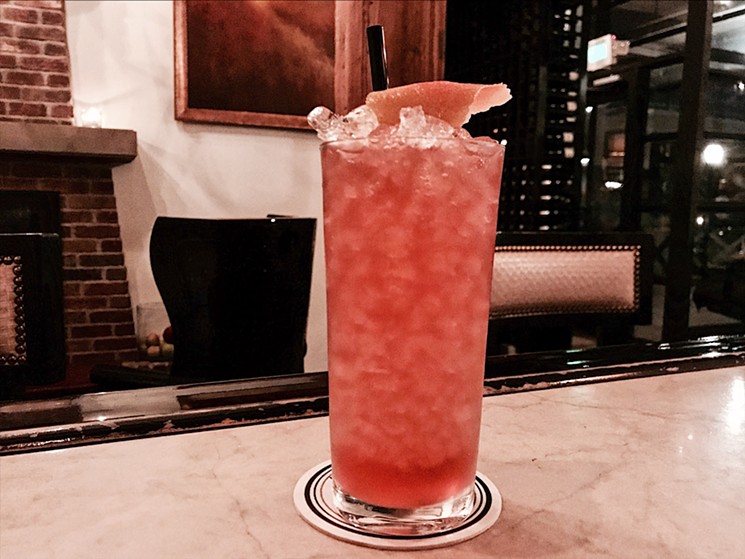 A tall version of the Negroni from Denver bartender Kevin Burke.
Kevin Burke
The Dutch, by Kevin Burke, Colt & Gray and Ste. Ellie
"The combination of Cocchi Americano and Falernum (a spiced liqueur with ginger and baking-spice overtones) is meant to mimic the profile of sweet vermouth," Burke explains. "Genever is a gin-like spirit that has some whiskey overtones. In some cocktails it's easily pushed around, but in this instance, its added weight comes in handy with the heavier treatment. It's served over crushed ice because I'm sure there are people out there who consider a Negroni Snow Cone blasphemous, but the heart wants what the heart wants."

This Negroni is also on the list at Colt & Gray this week, along with a classic.

Build in collins glass over crushed ice and swizzle to chill. Garnish with a grapefruit twist.

The Dirty Horcrux, by McClain Hedges and Chris Dunsmoor, RiNo Yacht Club
"This smoky, slightly savory take on the classic shows a really elegant side underneath its complexity," says Hedges. "The acid from the verjus helps to lift the cocktail up and kind of makes your mouth water."

This cocktail is also on the Harry Potter-themed menu now playing at RiNo Yacht Club.

Build in a rocks glass with ice and stir to chill.

*To make coffee-infused Campari: Use 30 Italian roast coffee beans (aromatized in a pan) to 1 liter of Campari. Infuse for ten hours.

Build in a double old-fashioned glass over a large ice cube and stir. Garnish with an orange peel and three coffee beans.

*To make 1:1 simple syrup: Combine one part sugar and one part water in a sauce pan and heat until sugar dissolves. Let cool.

Combine all ingredients in a cocktail shaker and dry-shake. Add ice and shake vigorously for about ten seconds. Strain into a double old-fashioned glass filled with ice. Garnish with an orange zest.

Build in a rocks glass over ice and stir.

The Red Light Negroni, contributed by Chad Michael George, the Way Back
George says this is a Bols Genever recipe, but it's his favorite variation on the classic.
1.5 ounces Bols Genever
1 ounce Campari
1 ounce Cocchi Torino vermouth

Build in a rocks glass over ice and stir. 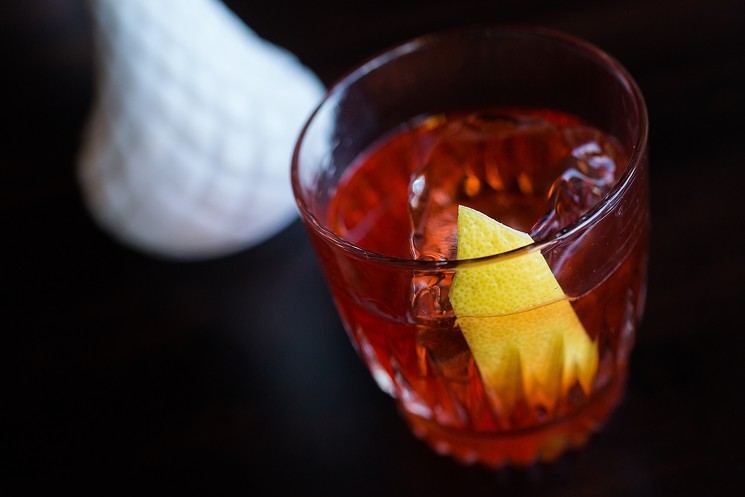 It doesn't get any better than a Negroni. This one comes from Coperta.
Danielle Lirette
KEEP WESTWORD FREE... Since we started Westword, it has been defined as the free, independent voice of Denver, and we'd like to keep it that way. With local media under siege, it's more important than ever for us to rally support behind funding our local journalism. You can help by participating in our "I Support" program, allowing us to keep offering readers access to our incisive coverage of local news, food and culture with no paywalls.
Make a one-time donation today for as little as $1.