Stem Ciders Celebrates the Grand Opening of Its New, Much Larger RiNo Location Stem's new RiNo location is much larger than the original. Stem Ciders
Stem Ciders opened its first taproom in RiNo nearly a decade ago; in September, it announced that the original location would become home to the Howdy Bar, and it would move into the former Preservery space at Backyard on Blake, 3040 Blake Street.

After a few quiet weeks of operations in the new, 2,500-square-foot building, Stem Ciders will celebrate the grand opening of this location now through December 3 with live music, food and drink specials and giveaways, including the chance to win free cider for a year.

The new Stem is the company's third concept with food; it also operates Ghost Box Pizza and Acreage in Lafayette; chef Matt Ochs oversees the menu at all three. "He's calling this the love child between Acreage's menu lineup and our old taproom — so creating that hybrid culinary experience," explains director of marketing Melissa Kole. 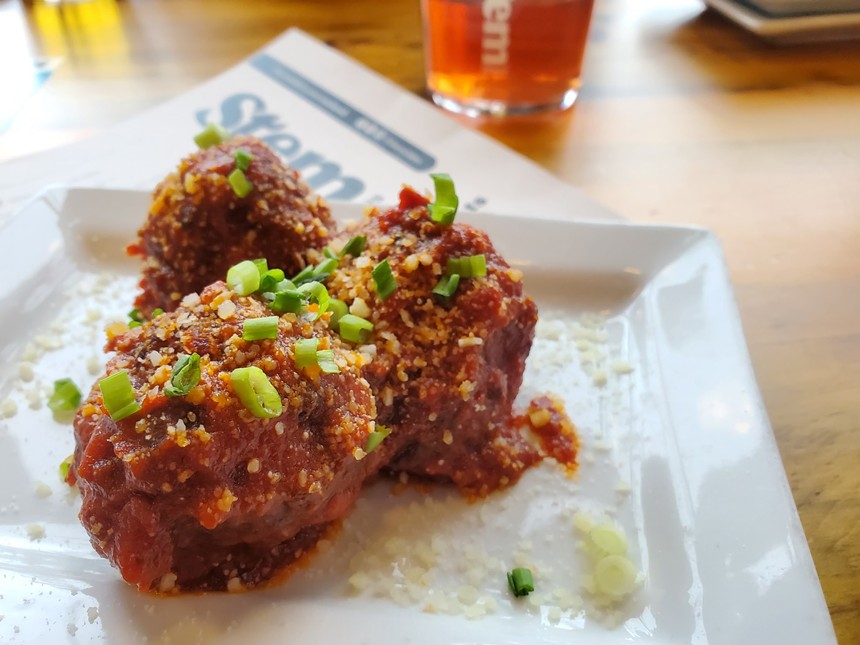 The meatballs are made using a 100-year-old recipe from chef Matt Ochs's family.
Molly Martin
The offerings include such snacks as duck fat frites ($11) and poleptti ($13), a 100-year-old family recipe for meatballs that's proven popular at Ghost Box Pizza. Soups, salads, sandwiches and burgers are also on offer, along with a selection of larger plates, including the hearty braised bison short ribs ($23). The gluten-free cider doughnuts ($9) that have become a fan favorite at Acreage are available at the new location, too. Brunch and late-night options will be added in the future, as well.

Of course, the beverage menu is heavy on ciders, including some taproom-exclusive offerings. New to the lineup: Neural Nectar, a lemongrass cherry limeade cider featuring Lion’s Mane mushroom extract. Stem Ciders partnered with Jake Plummer, the former Broncos quarterback turned functional mushroom fan and co-founder of MyCoLove Farm, on this latest addition to its Botanicals series.

“Lion’s Mane is a potent nootropic and helps with neuronal growth and repair throughout our whole body,” Plummer explains. “It has a positive effect on our brain function, improving cognition, focus and enhancing one's dream state.” 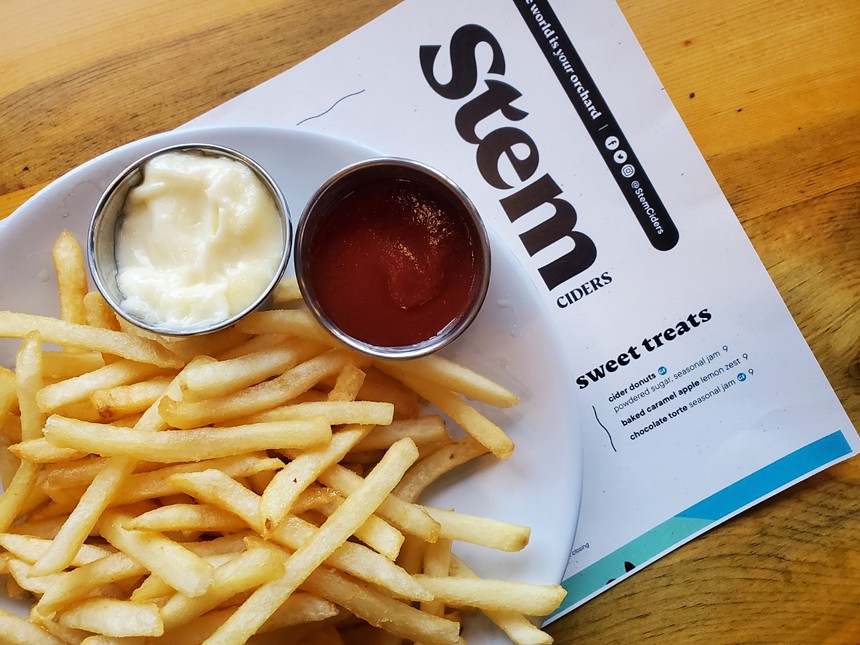 Stem Ciders' new location has a full food menu.
Molly Martin
While Stem Ciders specified that it cannot infer any health benefits from the use of culinary mushrooms in their cider, Director of Liquids Patrick Combs was "fascinated with the idea of utilizing fungi in cider since the inception of the series due to the supplemental health properties found to be associated with culinary mushrooms," Stem says. The result is a tart, bright sipper with subtle herby, earthy notes.

Cocktails, beer and wine are also available, and you can pick up four-packs of cider to go .

While the new location came with the added benefit of a full kitchen and a lot more indoor space for cider fans, it also includes exclusive access to a rooftop patio across the courtyard from the taproom. "It's a really nice space for a summer concert series or other events that we can host up there," Kole notes.

On December 3, another addition will open in the Backyard on Blake complex: Blind Tiger, the taproom for Hooch Booch, a hard kombucha company. Like Stem's ciders, its products are all gluten-free, making this area the new hot spot for anyone searching for beer alternatives.

Stem Ciders is located at 3040 Blake Street and is open from 11 a.m. to 10 p.m. daily. For more information, visit stemciders.com.
KEEP WESTWORD FREE... Since we started Westword, it has been defined as the free, independent voice of Denver, and we'd like to keep it that way. With local media under siege, it's more important than ever for us to rally support behind funding our local journalism. You can help by participating in our "I Support" program, allowing us to keep offering readers access to our incisive coverage of local news, food and culture with no paywalls.
Make a one-time donation today for as little as $1.