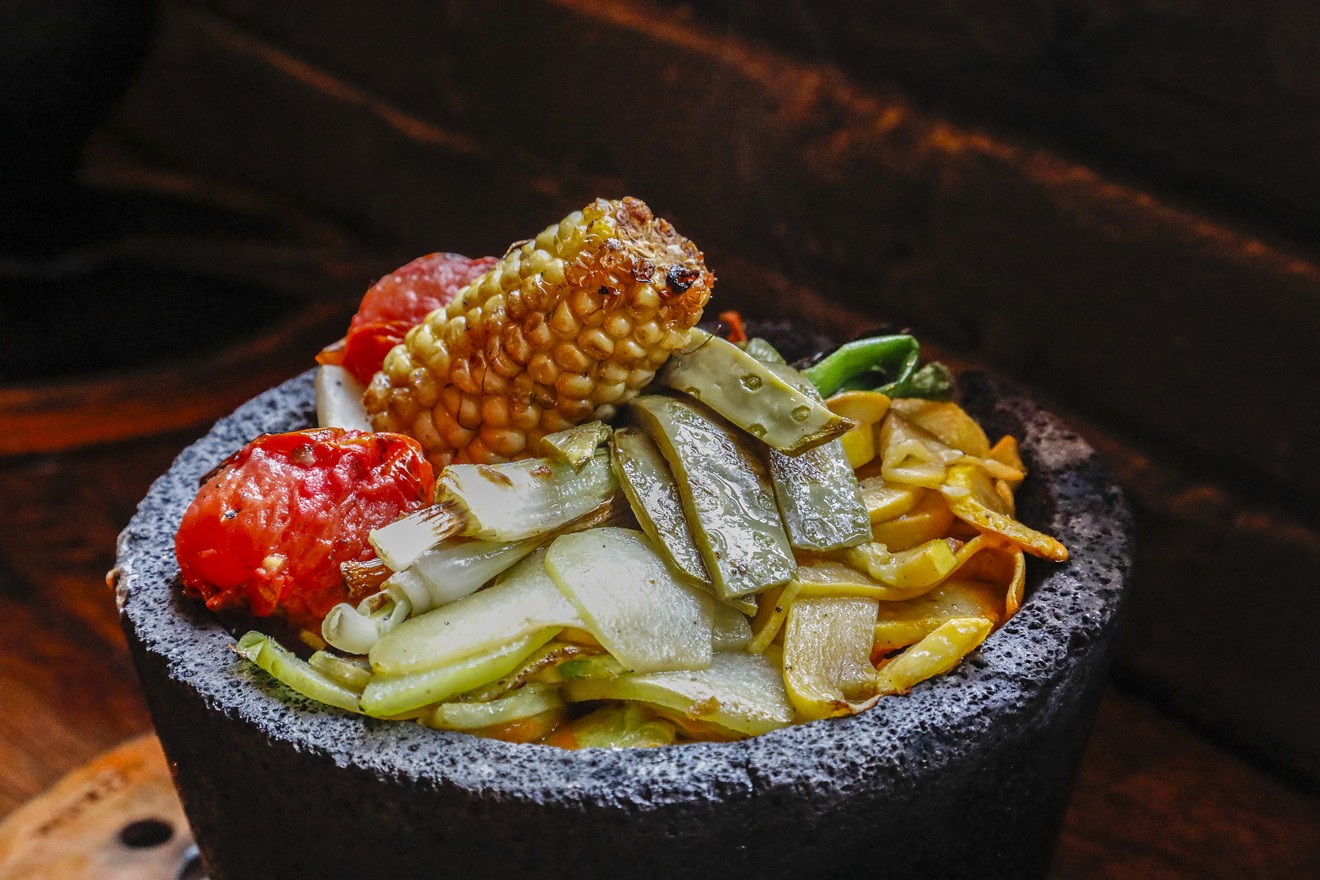 The vegan molcajete is the special at Adelitas Cocina y Cantina for Vegan Restaurant Week. Adelitas Cocina y Cantina
Denver's first Vegan Restaurant Week arrives on Monday, May 13, thanks to Veganizer Den and VegFest Colorado. Restaurants both vegan and traditional are offering plant-based specials and multi-course meals through Sunday, May 19. Here are ten recommendations for a great dinner free of meat, dairy and eggs to help you celebrate your vegan lifestyle all week long. And it's not just restaurants; a number of food trucks are also getting into the plant-based spirit, including Migration Taco, SOS Catering, Sunshine Bowls, the Veggie Whisperer, WongWayVeg and the Veggie Yeti. 2298 Clat Street
720-512-3894
Briar Common Brewery + Eatery is offering not only a three-course plant-based meal but is pairing each vegan option with a house beer. The cost is $45 for the multi-course meal and pairing or $35 for just the food. Up first is barbecued baby carrots with tofu labneh, toasted almond and smoked paprika oil. Course two is spring greens with sweet peas, arugula, asparagus, spring onion, snap peas and white balsamic sauce. Finish up with a portabello cap filled with garlic white bean stuffing and red quinoa pilaf topped with roasted-tomato vinaigrette. 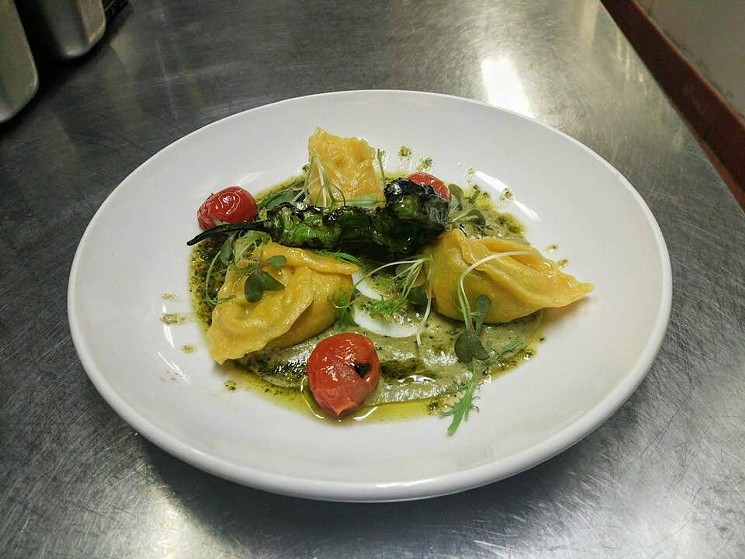 The spinach and herbed-ricotta cappellacci is a vegan dish that was featured at Charcoal Bistro's monthly vegan dining series.
Charcoal Bistro 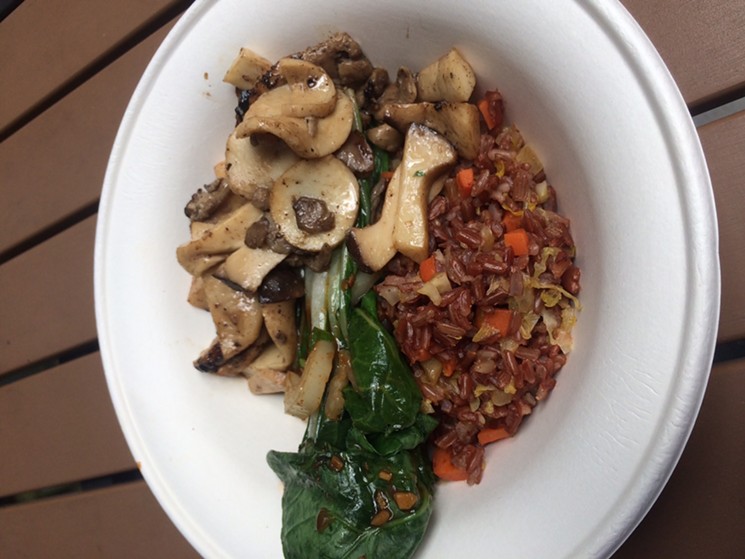 1770 Broadway
303-819-1333
Choice Market is serving vegan specials for breakfast, lunch and dinner. Kick off your day with a quinoa breakfast bowl with JUST Egg, asparagus and salsa verde, or a coconut yogurt and blue-green algae bowl with dates and hemp granola. For lunch, the famous Impossible meat makes appearances in the burger and in meatballs in a couscous bowl. And a mushroom sandwich is topped with dairy-free cheddar, Fresno chiles, charred onions and vegan aioli. 2616 East Colfax Avenue
303-320-3020
Saucy Bombay makes traditional Indian cuisine in a fast-casual setting. The Vegan Restaurant Week featured dish at Saucy Bombay is the Buddha Bowl, a mix of vegetables and garbanzo beans served with basmati rice, with your choice of tikka masala, korma, vindaloo, kadai, yellow lentil or spinach sauces. Any sauce, rice and veggie combo can be nestled in whole-wheat roti for an Indian burrito. Naan without butter and vegetable samosas are also vegan.