Whataburger Plans New Location on the Moon...and in Colorado 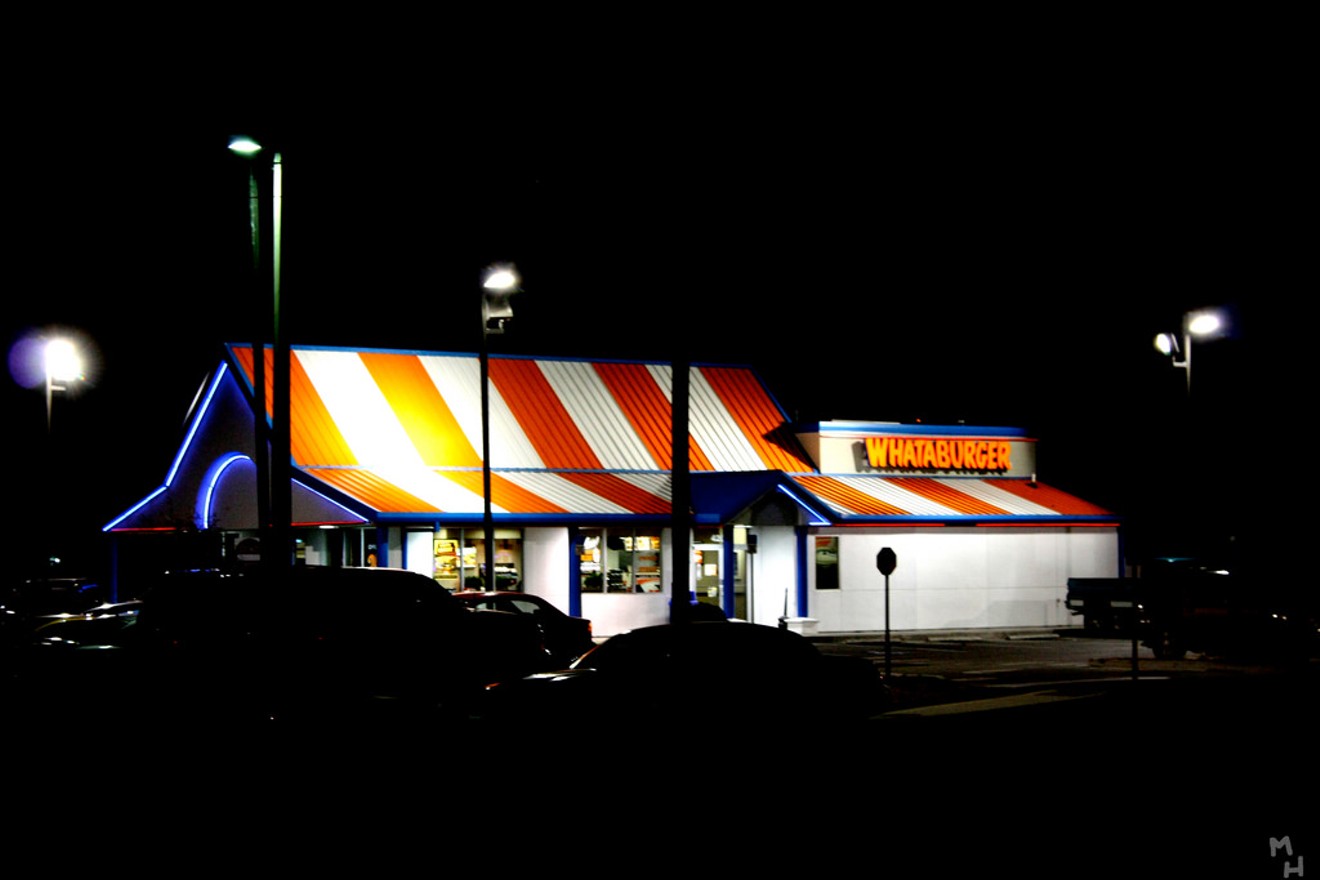 See you on the dark side of the moon...or in Colorado Springs. Photo by Marcus Quigmire/Flickr
This morning, Texas fast-food chain Whataburger announced that it would be building its newest location...on the moon. Of course, it was a little April Fools' Day humor on Twitter, but fans in Whataburger-less cities throughout the South weren't amused. Folks in Clarksville, Tennessee; Raleigh, North Carolina; Atlanta, Georgia; and Fort Smith, Arkansas (among many others) all bemoaned the absence of an outpost of the famous burger joint in their towns.

Nobody (we hope) thought the announcement was legitimate, but one Colorado native sprinkled a little truth on the subject. Twitter user @kevmancloud, a self-professed Broncos and Avalanche fan, posted this in response to Whataburger's cruel taunt: "Booooo! At least we know the Colorado Springs one is legit."

Yes, it's true: Whataburger has submitted plans to Colorado Springs officials (first reported by the Colorado Springs Gazette) to build and open its first Colorado Whataburger since the 1970s, when several franchised locations operated around metro Denver. (You can see the remains of one of them at 1335 Wadsworth Boulevard, which is now a Taco House.)

If the plans are approved, construction on the Whataburger will begin this summer at the InterQuest Marketplace shopping center, just off Interstate 25 at the InterQuest Parkway exit. If you haven't visited Colorado Springs lately, that's on the north end of town, right across I-25 from the Air Force Academy. Not accidentally, the restaurant will be a stone's throw from Colorado's first In-N-Out Burger, which the California-based company opened at 1840 Democracy Point last November. The plans, submitted by franchise group BurgerWorks Colorado, call for the Whataburger to open its doors this fall.

Whataburger got its start in Corpus Christi in 1950, and now has more than 700 locations in Texas, with nearly 200 more in nine other states, from Arizona to Georgia. With this move, the company joins several other popular chains that have come to Colorado in recent years, causing a frenzy among fans who have relocated to the Centennial State. Among the other imports are New York City's Shake Shack; In-N-Out, which now has two metro Denver outposts; Halal Guys, which is expected to open this spring in Aurora; chicken-inger specialists Raising Cane's and Slim Chickens; and Los Angeles sensation Dave's Hot Chicken, which will open soon at 99 South Broadway.

Are you craving Whataburger, or are you holding out for another regional burger chain to come to town? Let us know about your favorite fast-food chain in the comments, or send an email to [email protected].
KEEP WESTWORD FREE... Since we started Westword, it has been defined as the free, independent voice of Denver, and we'd like to keep it that way. With local media under siege, it's more important than ever for us to rally support behind funding our local journalism. You can help by participating in our "I Support" program, allowing us to keep offering readers access to our incisive coverage of local news, food and culture with no paywalls.
Make a one-time donation today for as little as $1.