Colorado Prisoners Getting "Free" Electronic Tablets — With a Catch 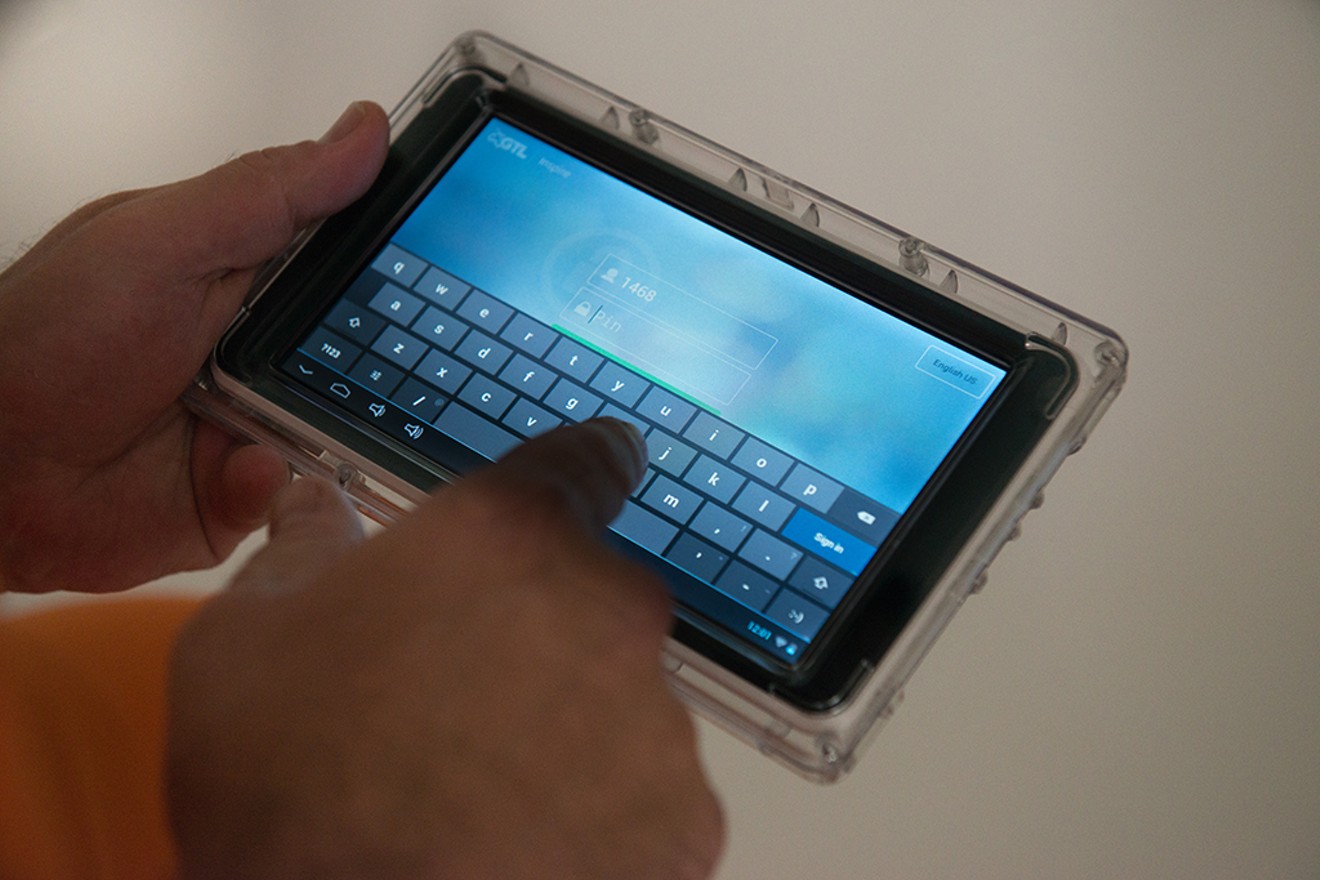 Global Tel-Link's Inspire tablet is being provided to Colorado inmates in three prisons, with others to follow soon. Global Tel-Link Corporation
The technology available to state prisoners in Colorado is about to take a leap into the 21st century. And not everybody is happy about it.

By the end of 2017, the Colorado Department of Corrections plans to distribute electronic tablets to every one of its 19,000 inmates. The handheld devices, which are being provided at no cost to the inmates, can be used for phone calls and messaging, and will eventually offer streaming music and video games, too.

Kilpatrick didn't respond directly to questions about how much the DOC is paying for the tablets or what financial arrangement is involved with GTL, but it's clear that a revenue stream will be created by various usage fees. For example, phone calls will cost twelve cents a minute for domestic calls and fifty cents a minute for international calls (the same as current phone rates in the DOC), while e-messaging with family members will cost 49 cents for each message or reply. Additional costs for music and games have not yet been announced.

Although many prisoners have welcomed the new gear, some worry about price-gouging and wonder how useful the devices will prove to be. The DOC had a previous experiment with tablets that didn't go well; available through a catalogue for $200, with accessories such as memory cards or covers costing up to another hundred bucks, the devices had limited functionality beyond playing music. The new tablets promise much more, but will they deliver?

A brochure for Telmate, another vendor of handheld devices to correctional populations, asserts that "inmates are behaving better" when provided with the company's tablets.
Telmate.com
"Most prisoners feel this is fantastic," reports one inmate in a recent letter to Westword. "What they don't see is that the system just issued a $50 babysitter to all of its prisoners. The average prisoner will play games and music 8-10 hours a day, just like any kid in America. Only they aren't kids; they are men and women who need rehabilitation and education. This buys a lot of safety for prison staff, but what a waste of time for the prisoners. If they provided education, it would be marvelous. Prisoners might just learn something useful and not come back."

Kilpatrick says the DOC plans to use the tablets in future educational programming, "but we have not made it to that phase of our implementation."