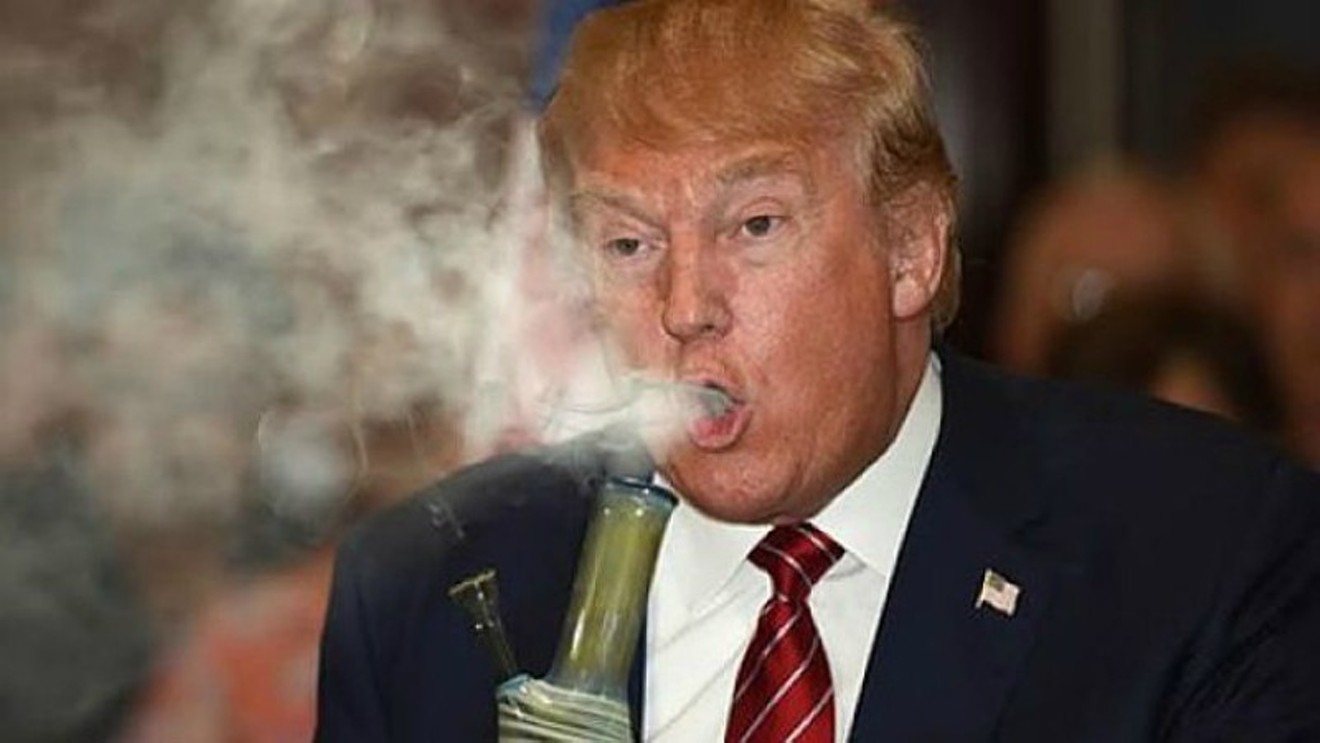 Westword photo-illustration
Of the 33 state legislators from Colorado who signed a recent letter to U.S. Attorney General Jeff Sessions calling for congressional action "to protect the sovereignty of states like Colorado and ensure that marijuana businesses and consumers will be free from undue federal interference," none were Republicans.

Given that Republican U.S. Senator Cory Gardner was among the document's original signatories and is currently working with the National Organization for the Reform of Marijuana Laws, aka NORML, to prepare legislation on the subject, the reticence of GOP state reps and senators seems surprising. But while Republican state senator Tim Neville says he agrees with the letter's ultimate goal, he doesn't see the need for such a measure.

"I think President Trump was very forthright when he was campaigning out here that he isn't looking to interfere with the cannabis industry," Neville says, "and you can only take a person at their word. He's the boss, and Jeff Sessions works for him. So I'm not sure that kind of bill is necessary."

The letter was circulated by NORML over the past couple of months, but Neville doesn't recall seeing it. "Sometimes NORML has stuff I look at and say, 'I'm not there on that' if it seems more like a political jab versus something that would do some good."

Senator Tim Neville represents Colorado Senate District 16, which includes parts of Boulder, Jefferson, Summit, Grand, Gilpin and Clear Creek counties.
Facebook
Nonetheless, Neville emphasizes that "I'm totally supportive" of preventing the feds from deep-sixing the Colorado marijuana industry. In his words, "We kind of look at it as a Tenth Amendment issue" — meaning the crux of the matter involves states' rights. "In my opinion, the federal government shouldn't have anything to do with it."

That's especially true about what he sees as "regulations or policies at the federal level that are either archaic or get in the way — like 280E."

What's 280E? In a recent Westword interview, NORML political director Justin Strekal described it as "a federal tax provision that requires those profiting off the distribution of federally elicit substances to still pay their taxes. However, those taxpayers are unable to claim standard deductions as every other legal business in the country can, including employee compensation, health-care coverage, capital improvements. So it requires cannabis businesses to generally pay a much higher tax rate, which has compounded issues for local business owners, who are just seeking to be honest members of their community and pay their taxes."

Neville, too, sees 280E as wrongheaded. "It needs to be rescinded," he allows. "We need to treat cannabis businesses like any other business and get rid of confiscatory tax rates. They only create more problems. If anything, it puts a strain on legal marijuana businesses and gives more credence to the black market. That's my frustration when government gets involved."

"Look at some of the high tax rates we've seen in Colorado — and Denver is looking to increase taxes on marijuana, too," Neville points out. "These aren't smart moves when you're saying, 'We want a legal business that's controlled — that keeps marijuana out of the hands of youth.' I want a reasonable amount of regulation, but I don't want the federal government to put up barriers. Research is another area like that. There are definitely things the federal government can do to get out of the way and let states move forward accordingly."

Last year, Neville notes, he joined fellow Republican state senators Vicki Marble and Chris Holbert in "sending a letter to the congressional delegation and President Trump and Attorney General Sessions and pretty much everybody else you can think of requesting federal legislation addressing 280E. That's the kind of movement we need."

As for legislation to block notable pot-hater Sessions from wiping out the marijuana business in Colorado, he has a different message: Trust in Trump.
KEEP WESTWORD FREE... Since we started Westword, it has been defined as the free, independent voice of Denver, and we'd like to keep it that way. With local media under siege, it's more important than ever for us to rally support behind funding our local journalism. You can help by participating in our "I Support" program, allowing us to keep offering readers access to our incisive coverage of local news, food and culture with no paywalls.
Make a one-time donation today for as little as $1.