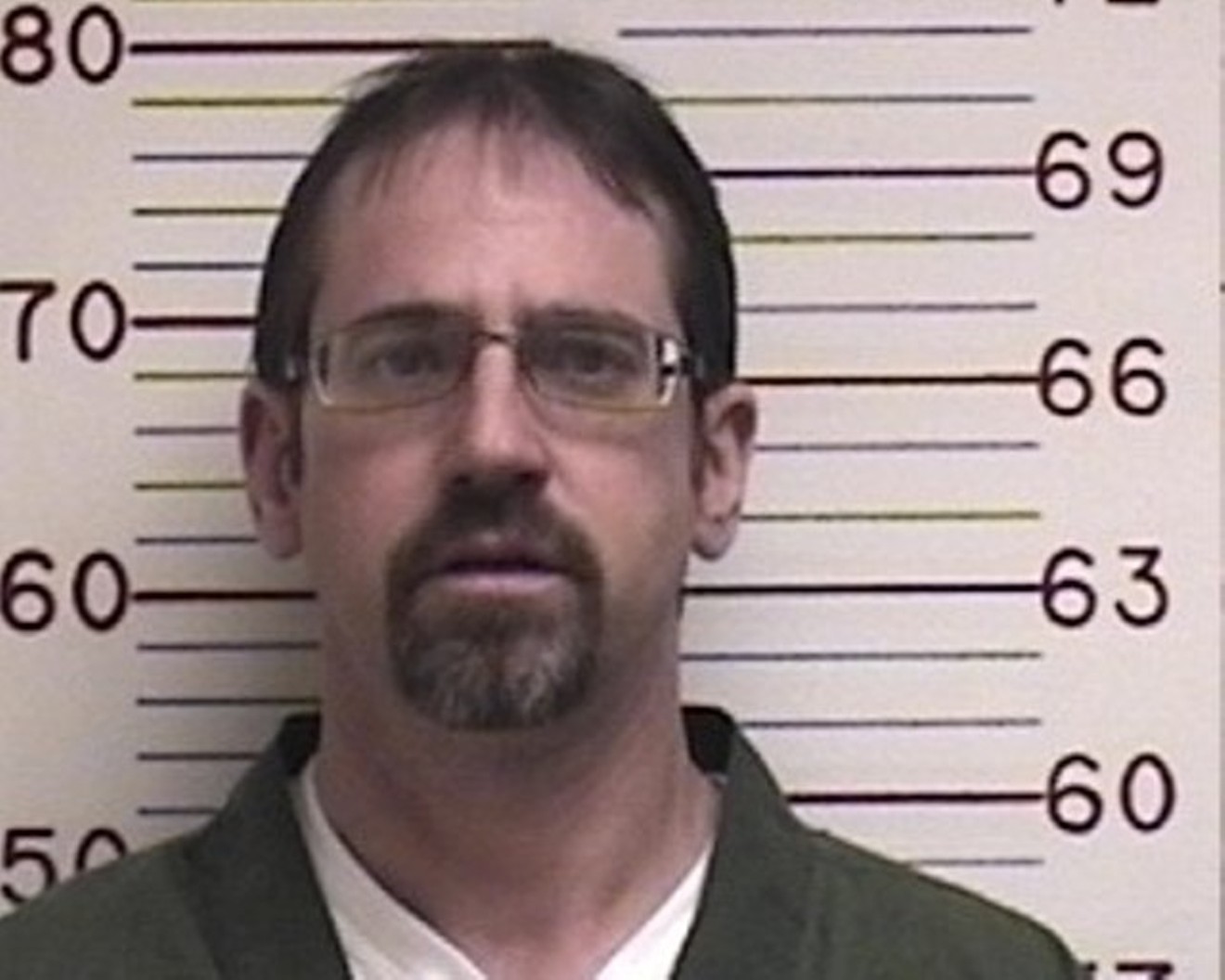 Inmate Scott Diehl and his attorney say he was eligible for parole years earlier than state officials say he is. Colorado Department of Corrections
The Colorado Department of Corrections is recalculating the possible parole dates of close to 3,000 inmates, in the wake of two Colorado Supreme Court decisions stating that the agency has misinterpreted sentencing statutes — effectively keeping prisoners behind bars for months or years longer than the law intended.

An August 23 memo sent to inmates by a DOC "constituent services coordinator" explains that the department is trying to identify which inmates are affected by the rulings and figure out how to prioritize the scheduling of overdue parole hearings. The memo gives no indication of how long that might take, noting that "a project of this scope takes time to accomplish. We appreciate your patience as these changes are implemented."

The prospect of releasing roughly 15 percent of the state's inmates sooner than anticipated comes as the DOC is seeking tens of millions of dollars from the state legislature to lease a private prison and retool a mothballed supermax prison to provide more beds because its population is approaching capacity. Inmates and their attorneys say prison officials were notified at least three years ago that their approach to time computation was improper but have continued to use a method that makes sentences longer than they should be.

And the dispute isn't over yet. "DOC is doing everything in its power to circumvent clear Supreme Court rulings saying they cannot continue this method of calculation," says April Elliott, an attorney representing one of the inmates claiming to have had his parole hearing delayed by years. "A lot of those affected would likely have been eligible for parole years ago but are incarcerated illegally."

At issue is the way the department determines the earliest parole eligibility date, or PED, for inmates who've been convicted of multiple offenses and thus are serving more than one sentence at a time. State law requires that the various sentences be treated as one continuous, composite sentence for the purpose of calculating the PED, but the DOC has opted to use a "governing sentence" approach that gives greater weight to the longest sentence involved. The longest sentence may also have been imposed much later than the first sentence, effectively delaying the date of the first parole hearing.

In a 2014 case, the Colorado Supreme Court ruled that the DOC had to calculate the PED based on one continuous sentence — even if that meant some offenders with multiple offenses would be eligible for parole before serving half their sentence. The DOC took the position that the ruling applied only to consecutive sentences, not concurrent ones. But three months ago, another Supreme Court ruling again rejected the DOC's computation scheme, stating that the department can't substitute an inmate's longest sentence for "the required continuous sentence" in figuring the parole date.

Of course, there's no guarantee that an inmate will be released after his first meeting with the parole board. But even if the average time improperly added to inmates' sentences by the DOC's approach amounts to one year per prisoner, that blunder has cost taxpayers more than $100 million in unnecessary incarceration costs. 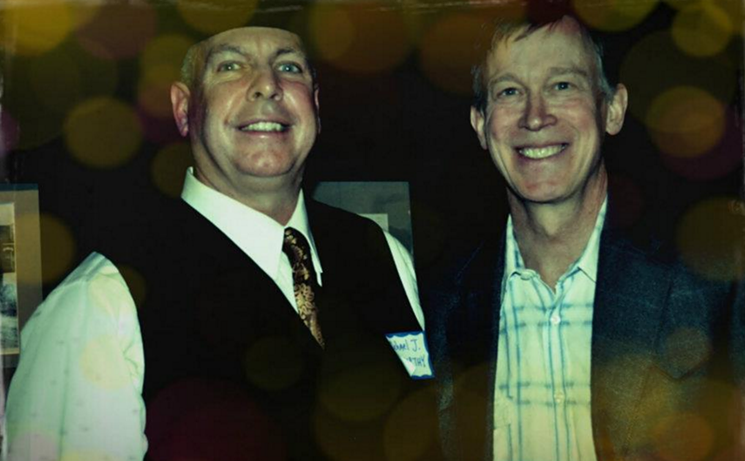 Michael McCarthy, an "incarcerated journalist," seen here in better times at an event with Governor John Hickenlooper.
Facebook
In many cases, the prison system's methodology has forestalled the process of parole by much more than one year. Elliott's client, Scott Diehl, had served six years in prison on drug offenses and was on parole in 2013 when he picked up several new charges. Although his sentence indicated that those charges should run concurrent with his previous cases, the DOC time-comp experts contended that he'd "discharged" his previous sentences and that his PED was now far, far in the future. Diehl insisted he was eligible for parole eight years earlier than state officials say he is; in recent months, official calculations of his PED have shifted from 2020 to 2019.

"Their arguments are not consistent," Elliott says. "Their latest position is that once an inmate is released to parole, his sentence is entirely discharged. But parole is necessarily part of a person's sentence."

Michael McCarthy, who describes himself as "an incarcerated journalist" and is serving time on forgery and escape charges, claims that DOC's methods have delayed his release as well. (He sees the parole board in November.) "It seems to me these tactics are being used to falsely keep the prison population inflated," McCarthy wrote in a recent letter to DOC Executive Director Rick Raemisch. "It's either that, or your legal 'experts' are seriously incompetent. Either way, you have a colossal problem the CDOC has no business creating."

DOC officials have not yet responded to request for comment on the issue. A court hearing on Diehl's case was scheduled to take place in Salida recently but was postponed by an eleventh-hour request from the Colorado Attorney General's Office, which is representing the DOC in litigation over parole dates. Elliott says the delays are costing her client more time behind bars than he was supposed to receive.

"I appreciate the difficult situation they're in," she says, "but they're not doing anything to show me they're treating this issue with the seriousness it deserves. This should be treated with some urgency."