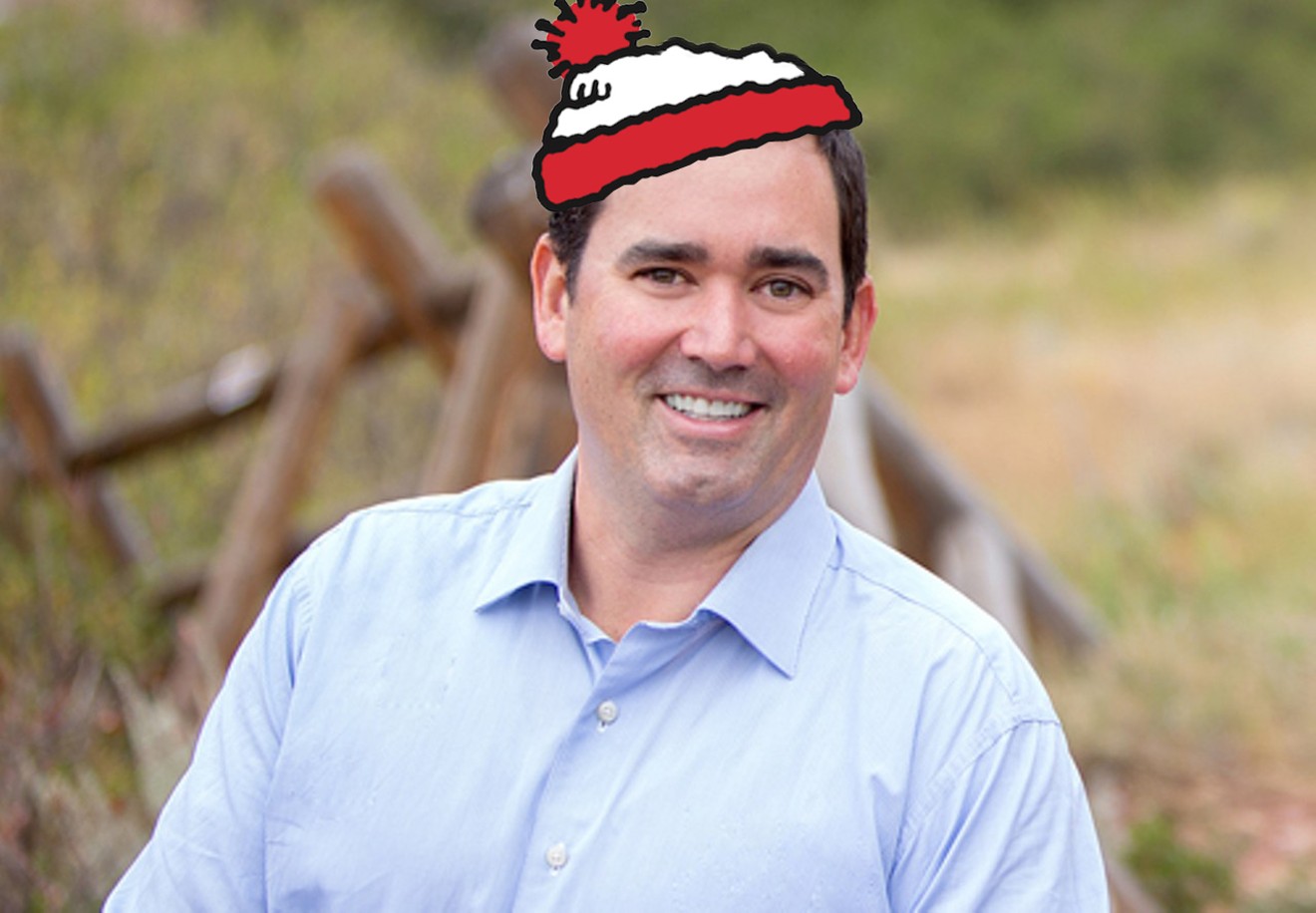 Westword
Colorado Treasurer Walker Stapleton has for years made headlines demanding changes to the Public Employees Retirement Association — but that doesn’t mean he has always bothered to show up to his job helping oversee the retirement system.

As treasurer, Stapleton is paid by taxpayers to serve on PERA’s board — yet between 2011 and 2016, he “attended only 53 percent of the PERA board meetings, and even when he was present, he often didn’t stay for the whole meeting,” according to the retiree group Secure PERA, which scoured the records. He even skipped PERA’s May 3 meeting to review the final pension reform legislation.

Stapleton is no stranger to questions about his attendance records — back in 2014, Democratic challenger Betsy Markey aired a television ad alleging that key-card records showed that he “only bothers showing up at his office around ten days a month.”

Now, as a gubernatorial candidate, Stapleton has flipped the script, citing his own absenteeism as a political defense. When asked by Colorado Public Radio if he’d urged Republicans to kill the pension reform bill that finally passed right before midnight on May 9, just before the close of the legislative session, Stapleton declared, “I was not physically even at the legislature. I think I was asleep by the time they finally passed the deal.”

Voting in the PERA board elections ends May 31. Since the state's treasurer is automatically part of the board, Walker Stapleton continues to serve...whether or not he's at the meetings.

Editor's note: This story is part of our ongoing coverage of PERA, and appears in the May 31 issue of Westword along with an updated, abridged version of "At PERA, Retirees Face Cuts While Wall Street Gets Millions," an article co-published on westword.com and capitalandmain.com, the website of the national investigative news outlet Capital & Main. Read David Sirota's original PERA story here.
KEEP WESTWORD FREE... Since we started Westword, it has been defined as the free, independent voice of Denver, and we'd like to keep it that way. With local media under siege, it's more important than ever for us to rally support behind funding our local journalism. You can help by participating in our "I Support" program, allowing us to keep offering readers access to our incisive coverage of local news, food and culture with no paywalls.
Make a one-time donation today for as little as $1.