Art Attack: What to See This Week in Denver and Beyond

Monica Aiello, “Prometheus and the lonian Garden,” at the Arvada Center. Courtesy of Monica Aiello
It's raining art, hallelujah!

Make that snow, but don’t let the weather keep you away from this weekend’s excellent array of gallery openings. More Month of Photography entries herald the biennial’s arrival along the Front Range through March; the Center for Fine Art Photography at the Allicar in Fort Collins and Artworks in Loveland get into the act with two impressive shows. Artists who blend art and science get a showcase at the Arvada Center, and new exhibits pop up at David B. Smith Gallery, Leon Gallery, Union Hall and Walker Fine Art, among others.

It’s another First Friday-worthy weekend in metro Denver! Here's what to see: 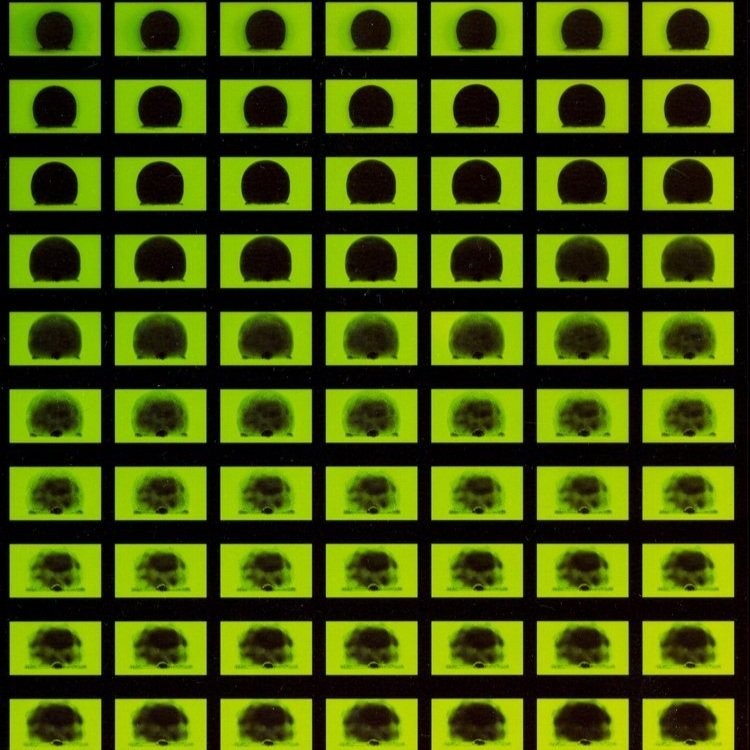 Kei Ito, “Aborning New Light,” video still.
© Kei Ito, courtesy of C4fap
Kei Ito, The Beginning, in the Land Around Me
Griffin Foundation Gallery, Gregory Allicar Museum of Art, CSU University Center for the Arts, Fort Collins
Through April 8
Reception and Gallery Talk: Thursday, January 19, 5 p.m.
Photographer Kei Ito was born in Japan and will be forever haunted by what he calls his own “nuclear heritage.” His grandfather’s eventual death by cancer as a “downwinder,” after his body absorbed radiation from the atomic bomb that disintegrated Hiroshima in 1945, provides the impetus for The Beginning, in the Land Around Me, opening this week at CSU's Allicar Museum. The exhibition comprises five related projects Ito completed over the last three years; they follow in the footsteps of his grandfather’s anti-nuke activism that lasted until he died, when Ito was ten. Profound and unwavering, Ito's images and installations incorporate aspects of the level of injury, both overt and hidden, suffered by survivors of the blast, while commenting on the perils of nuclear testing and the anonymity of all who died at Hiroshima. In a testament to the power of photography, Ito raises awareness of nuclear dangers in this Month of Photography showcase mounted by the Center for Fine Art Photography in Fort Collins.

Art + Science
Arvada Center for the Arts and Humanities, 6901 Wadsworth Boulevard, Arvada
Thursday, January 19, through March 26
Opening Reception: January 19, 6 to 9 p.m.
Ever since Leonardo da Vinci drew the iconic anatomical study "Vitruvian Man” in 1492, the connection between art and science has infiltrated human culture — especially now, at a time when we seek ways to curtail Earth’s backfiring climate change, save our open spaces and clear our air and waters of pollution. Colorado artist/scientists explore all the sciences — from agricultural biotechnology to zoology — for the Arvada Center’s new Art + Science exhibition in the main gallery, a fusion of research, experiments and visuals. 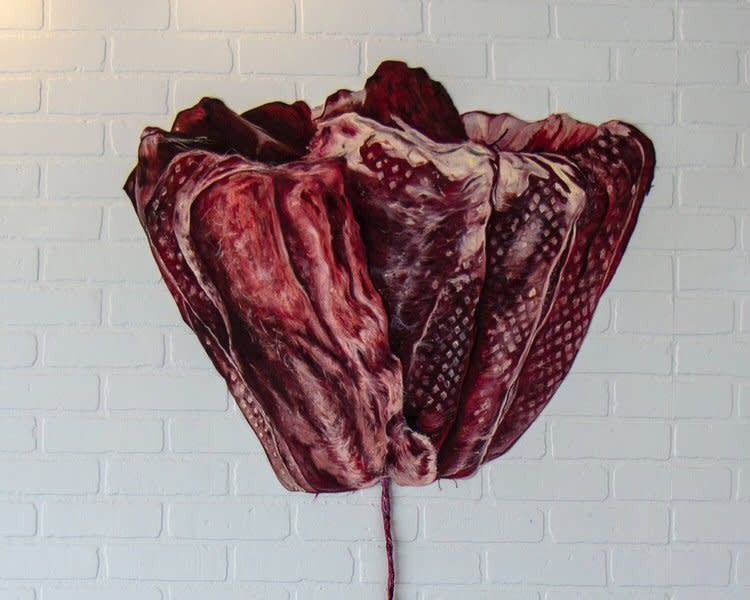 Jenna Annunziato, "June" (detail).
Jenna Annunziato, courtesy of Union Hall
Rough Gems: Sacrum
Union Hall, The Coloradan, 1750 Wewatta Street, Suite 144
Thursday, January 19, through February 11
Opening Reception: Thursday, January 19, 6 to 8 p.m.
Curatorial Talk with Jenny Nagashima: Thursday, February 2, 6:30 to 7:30 p.m.
Union Hall’s annual three-show Rough Gems series begins with Sacrum, a six-artist show curated by Jenny Nagashima. With input from participating artists Emily Zeek and Jess Díaz, Nagashima sees the sacrum as the cradle and protector of the womb, where life begins. The six imagine the impressions of life before birth and how they affect us once we’re out in the world.

Sharp Relief
Leon Gallery, 1112 East 17th Avenue
Thursday, January 19, through Sunday, January 22
Opening Reception: Thursday, January 19, 6 to 9 p.m.
Artist Talk: Saturday, January 21, 5 p.m.
This show, a pop-up at Leon Gallery, approaches childbirth from a whole different viewpoint. Chloe Heglin, Robin Louise Schaefer and Eleanor Perry-Smith focus on what can go wrong, including miscarriage, hysterectomy and the way women are pressured into choosing reproductive surgery. Several other artists with knowledge of the experience have contributed images for the show, which Perry-Smith describes as including “larger-than-life illustrations, ethereal paintings, glitter flowers, reverent polaroids and ’60s pop music.” That can’t be so bad, can it? 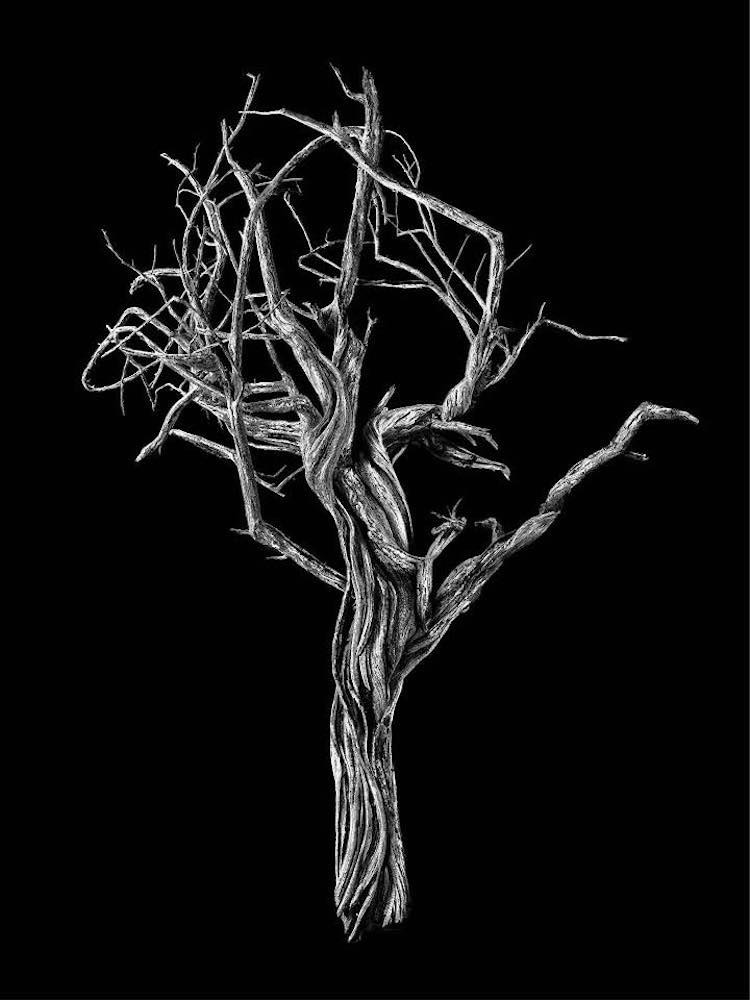 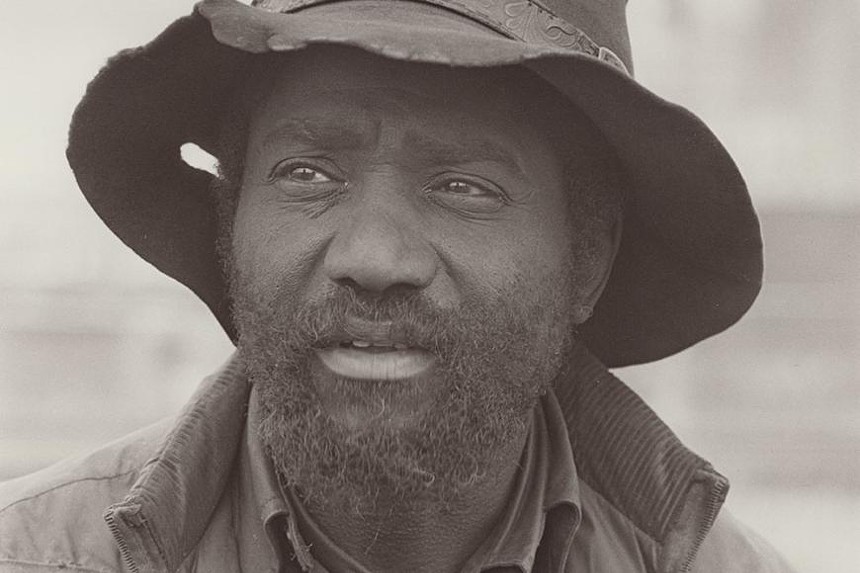 Robert Weinberg, "Leonder Taylor."
Robert Weinberg
The World in Denver: The Photography of Robert Weinberg
History Colorado Center, 1200 Broadway
Opening Reception: Friday, January 20, 6 to 8 p.m.
Free, RSVP here
Denver native Robert Weinberg became interested in photography as a Vista volunteer in the ’60s, eventually studying the trade at Colorado Mountain College and hanging out a shingle for his own business back in Denver in the mid-’80s. He’s especially known for his newsy photography for the Intermountain Jewish News. His eyesight began to go in the ’90s, eventually rendering him legally blind. Since then, he’s been an advocate for other people living with vision loss. Now History Colorado is giving his work a second look in an exhibition showcasing his images of this state's people and places. Meet Weinberg and look back at local history at the opening. 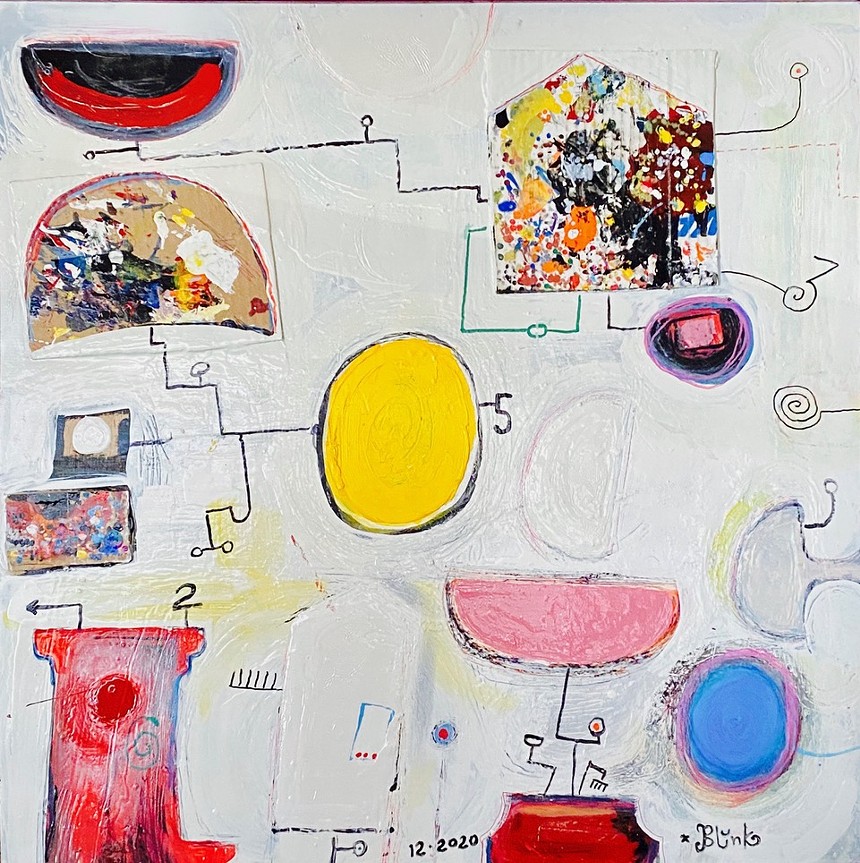 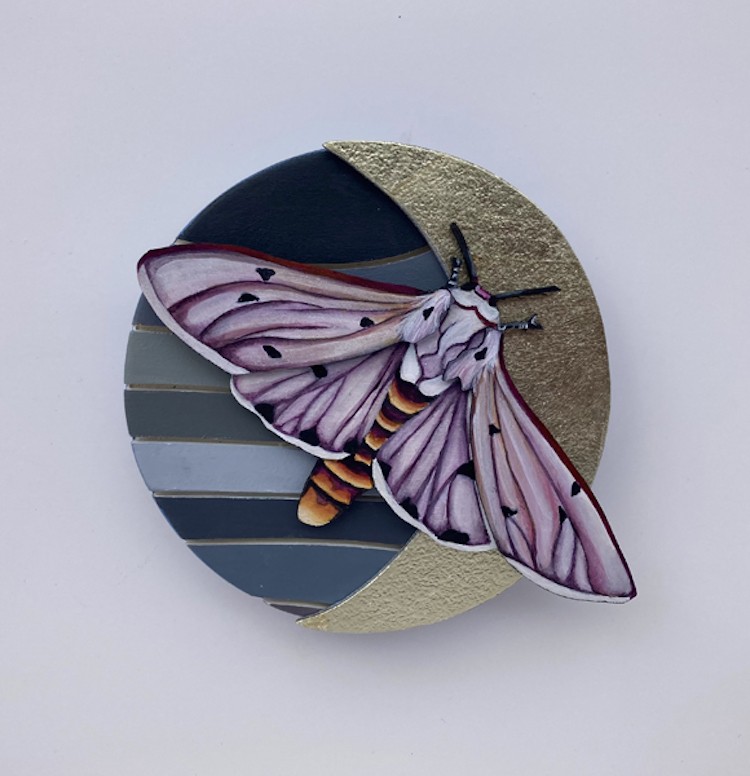 Sarah Polzin, "Moth."
Sarah Polzin
Biota
NKollectiv Gallery, 960 Santa Fe Drive
Friday, January 20, through March 12
Opening Reception: Friday, January 20, 5 to 9 p.m.
Exhibitions at artist Nicole Korbe’s NKollectiv Gallery in the Art District on Santa Fe are gaining traction and interest, including the latest, Biota, which tasked artists with picturing flora and fauna — i.e., “biota”— in their chosen habitats, whether their own backyard or a figment of the artist's imagination.

I'm Sorry, art show and zine release
Galapago Space (entrance through the alley off of Ninth Avenue between Galapago and Inca streets)
Friday, January 20, through February 5
Opening Reception: Friday, January 20, 6 to 9 p.m.
La Alma/Lincoln Park continues to attract garage galleries; the most recent is Galapago Space, which debuted last summer. The gallery’s second show fêtes the digital journal and zine Femme Salée, a BIPOC, queer and disability body-and-mind-leaning platform for artists and scholarship. To accompany the launch of the fifth and latest zine, I’m Sorry, works by the new issue’s featured artists will be on display. After the opening, the gallery will be open on Sunday, January 29, from 11 a.m. to 5 p.m., and Friday, February 3, from 6 to 9 p.m. You can also see the show by appointment (leave a message here). Learn more about the artists on Instagram. No Show
Bitfactory, 851 Santa Fe Drive
Through March 10
Bitfactory’s first show in 2023 is the annual invitational No Show, for which fourteen local artists were invited to hang three works each, highlighting their individual art styles. It makes for a great range of variety in mediums and genres side by side in one room.

Interested in having your event appear in this calendar? Send the details to [email protected]
KEEP WESTWORD FREE... Since we started Westword, it has been defined as the free, independent voice of Denver, and we'd like to keep it that way. With local media under siege, it's more important than ever for us to rally support behind funding our local journalism. You can help by participating in our "I Support" program, allowing us to keep offering readers access to our incisive coverage of local news, food and culture with no paywalls.
Make a one-time donation today for as little as $1.