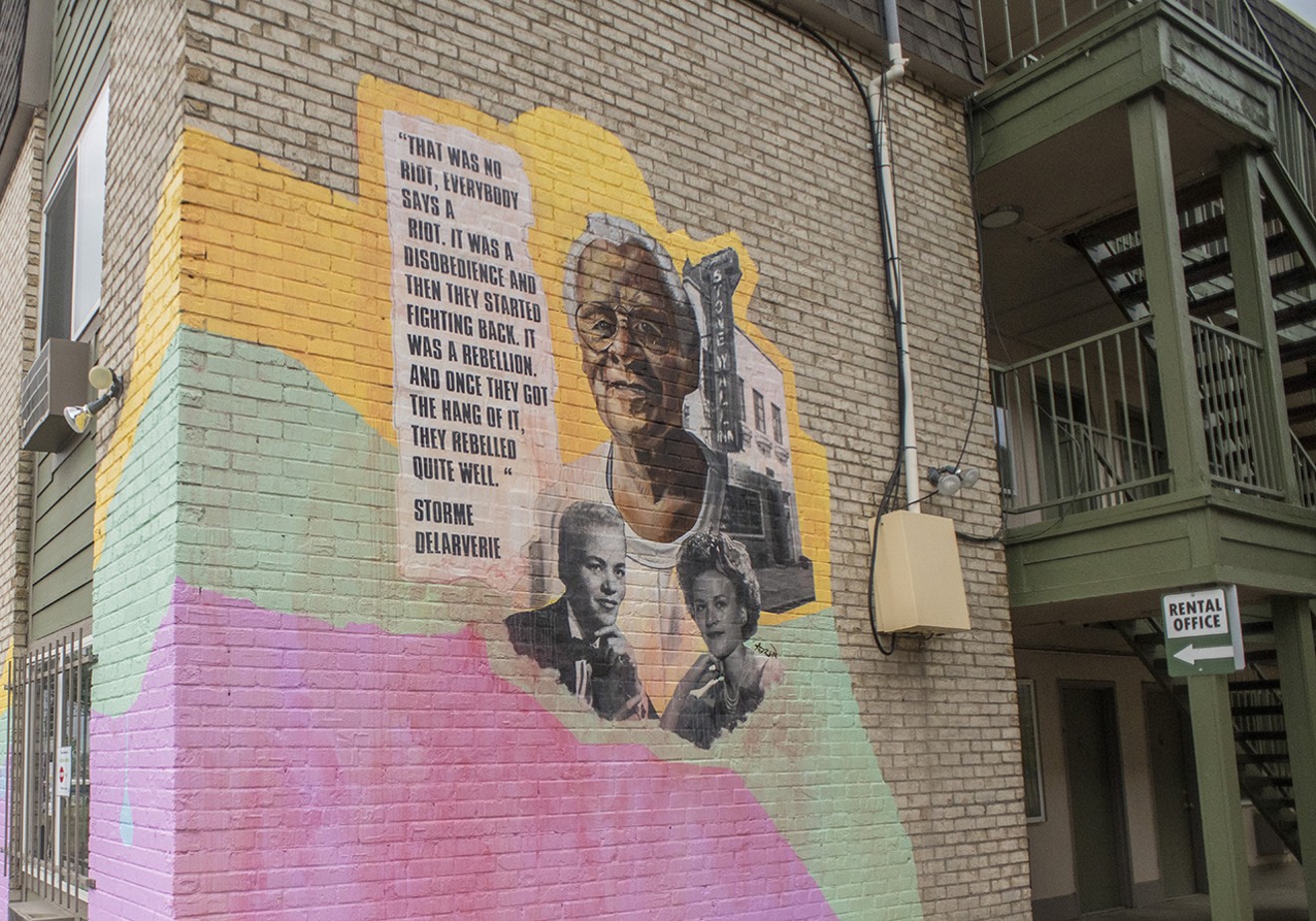 Mural of Stormé DeLarverie by Adri Norris at 71st Avenue and Hooker Street. Evan Semón
Babe Walls, one of the latest additions to the booming Front Range mural scene, will return for its second year in 2021, spotlighting 26 artists working on more than a dozen murals.

The 2020 edition, which was bumped by COVID-19 regulations and ultimately took place in Westminster in August, showcased multiple murals by women and nonbinary artists painting on an apartment complex. This year, the four-day festival will take over Ralston Creek Trail in the City of Arvada from July 15 through July 18. The trail, the longest in Arvada, takes bikers and walkers alongside Ralston Creek and through city parks and open spaces.

"We're really excited to be partnering with the City of Arvada for this year's celebration," says festival founder and artist Alexandrea Pangburn. "The location along the Ralston Creek Trail is a new venture, and we're excited to be adding to the creativity of the city to encourage the use of this public trail."

Mural by Lindee Zimmer and Olive Moya and heart by Koko Bayer for Babe Walls.
Evan Semón
The festival, which last year showcased works by Koko Bayer, Adri Norris, Lindee Zimmer, Grow Love, Alicia Cardenas and many more, elevates the work of women and nonbinary artists in a scene that too often has been male-dominated.

“A lot of the women in Denver didn’t feel like there was a space for them in the art scene and a lot of them didn’t know who each other were; there was a lack of camaraderie,” explains Pangburn. “Very nonchalantly, I had this idea of getting a bunch of girls together to paint, and it has since turned into a whole movement.”

Pangburn, who is also heading up the RiNo Art District Mural Program, ultimately plans to take Babe Walls on the road.

"The whole goal behind Babe Walls was to travel to other cities and highlight their nonbinary and women artists," Pangburn told Westword in 2020. "The whole reason I put Babe Walls together is I felt there wasn’t representation for women and nonbinary artists. That issue is still existent, but this year, more than ever, I’ve seen more women in the scene be able to have that space."

Prior to the festival, Babe Walls will host multiple events and fundraisers around Denver. The organization is currently exhibiting work by Babe Walls artists at the Matriarch Mercantile gallery at 2700 Walnut Street; proceeds from sales will support the festival and women-owned businesses in Five Points.

"I’m excited to see where that goes," says Pangburn, "and I’m humbled by the opportunity I’ve been given to help pull something like Babe Walls off."

For more information about upcoming events and to donate, go to the Babe Walls website.
KEEP WESTWORD FREE... Since we started Westword, it has been defined as the free, independent voice of Denver, and we'd like to keep it that way. With local media under siege, it's more important than ever for us to rally support behind funding our local journalism. You can help by participating in our "I Support" program, allowing us to keep offering readers access to our incisive coverage of local news, food and culture with no paywalls.
Make a one-time donation today for as little as $1.