David Schmader is a legend in Seattle, where he writes for alternative newspaper The Stranger and serves as creative director for an award-winning nonprofit writing center, the Greater Seattle Bureau of Fearless Ideas. He’s also an essayist, performance artist, podcast guest (listen to him on Dan Savage’s 500th episode of the Savage Lovecast) and marijuana connoisseur. His new book, Weed: The User’s Guide, has gotten rave reviews – and although you don’t need to know anything about weed to find it entertaining, it's also very enjoyable to read while you're consuming cannabis.

We recently talked with Schmader to get his take on jam bands, Jesus, and why Weed was the “best Mother’s Day gift ever!”

Westword: Where are you as you respond to these questions? When you look up, what do you see?

David Schmader: I am at the kitchen table in the south Seattle neighborhood of Beacon Hill. When I look up, I see a bunch of art on the walls made by my friends and people I wish were my friends. (Also, Rihanna’s ANTI is playing. Have you heard this record? It’s eating my brain, in the best way.)


What are three things that make you smile daily?

My husband (who is secretly 10,000 times funnier than I am) and dogs. Also, memories of jokes I’ve heard over the course of my life. I have a kinda spooky memory for things my friends say out loud, and jokes stick the hardest. For example, at least once a week I remember the name my friend Ben bestowed on that actor who looks similar to but is not Edward James Olmos, and laugh all over again. (If you must know the punchline — and you must — it is Edward James Almost.)

Who are three current writers you enjoy and always read?

Essayist/author Lindy West, Twitter comic Solomon Georgio and singer-songwriter Kimya Dawson (which is more of a listening thing, but it’s all about the words).

The way you started out your TEDx talk was maybe one of the funniest I’ve seen. What was that experience like for you? Do you feel like you’re the go-to guy for all things cannabis since your book? Was that something you expected?

That opening seemed like a quick way to get all the stereotypical expectations of stoners out in the open, but more than that, it kinda made people nervous and worried for me. And audience members give the best attention when they think they’re about to watch someone bomb.

So true. What do you think is the overall biggest misconception about marijuana?

That weed fans are primarily escapists seeking to disengage from life. For me and so many others, the opposite is true. Weed’s a fast track to serious engagement with life.

Both your state and ours have legalized marijuana recreationally; do you see much of a difference? It seems Colorado gets more nationwide coverage.

I came to Denver to launch Weed: A User’s Guide at the Public Library Association conference in April and stayed for a week, making day trips to Boulder and Fort Collins bookstores for events and doing a thing at the Tattered Cover in Denver. The main difference is that Colorado legalized it first, and then got to be the guinea pig that provided first evidence for literally everything. Colorado set a precedent that all other states will get to draw on. One thing I heard from Coloradans that I haven’t yet heard in Washington: gripes about the crush of new residents drawn by the legal-weed market. All our new residents are coming to work for Amazon; the weed is just a bonus.


What is your relationship with pot now, and how has it grown over the years?

I played around with it in college, taking occasional puffs off friends’ bongs now and then, but I didn’t start enjoying my own until my late twenties. Now it’s something I enjoy regularly (on weekends, in tandem with coffee).

What are three of your favorite strains?

Keep it simple: lovely system. How do you consume your flower?

I love the new standardized edibles.

Weed: The User’s Guide is fantastic and also necessary, and I’m glad it came from a voice like yours. What sparked the idea to write this book?

Over the past fifteen or so years, I’ve written about being a weed appreciator in The Stranger newspaper and in my solo plays, and I became known as someone who talks openly about such things. I was first approached to write a book about weed a few years ago, and during initial conversations, I laid out my dream of a weed book with no tie-dyed cartoon pot leaves, no stoner puns and no forwards by Tommy Chong — and I love Tommy Chong. But that book already exists in abundance, and I wanted to write something more along the lines of a guide to Scotch, but funny, and the publisher never called again. Last year, I had an almost identical conversation with Hannah Elnan at Sasquatch Books — only after I explained myself, she said, “That’s exactly what we want, too!”

I got my mother this book for Mother’s Day; she's now retired and hasn’t smoked since college. I smoked in college, then didn’t smoke my entire twenties and started smoking again in my early thirties to replace anxiety medication I didn’t want to take. People in their twenties through their eighties are enjoying your book, because it relates to all those people in some way. Have you been surprised by that? That it’s a hit across all demos? And why do you think that is?

I am happily surprised to hear all this. The ideal reader I had in my mind while writing the book was a person who’s interested in weed but may be wary after decades of government lies about its dangers, and/or a person who’s interested in weed and wants to explore it (either literally or informationally) without all the stoner-culture trappings or any sense of naughty counterculture-itis.

Do you have a favorite comment or review that someone has said about the book who just doesn’t get it?

My favorite is a comment left on the YouTube of my TEDx talk that suggested viewers would leave with the moral "SEE!!! MARIJUANA MADE HIM GAY!!!" The comment was left six months ago, and I’m still the only person who’s “liked” it.

What are three activities you recommend to do while high?

Do you have to listen to jam bands if you smoke pot?

Weed is about freedom, and there are very few “have to”s beyond being kind and occasionally cleaning your bong. But, yes, I can totally get into a good jam band when I’m high, though I aim more for Funkadelic and Velvet Underground-y jam bands than anything Phish-y or Dead-related.

Is it an injustice that people live in a state that doesn’t offer MMJ even on a strict basis after all of the proven research of its benefits?

Unfortunately, “proven research” doesn’t mean “authoritative government research,” which has been hobbled by marijuana’s federal classification as a Schedule 1 narcotic. Once weed’s been rescheduled to a lower classification, a whole world of official research can open up, and we can only hope ready access to medical marijuana (which can help with a truly staggering array of ailments) follows.

Did Jesus smoke pot or use cannabis in any way? 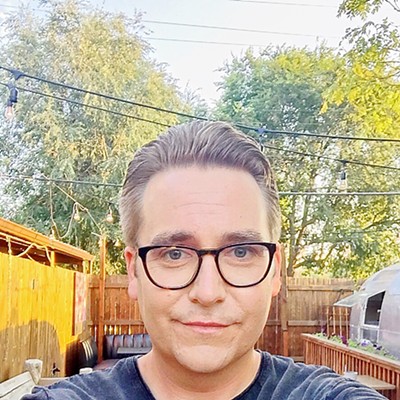