A Dozen Diá de los Muertos Celebrations in Denver in 2018

Be a Catrina at the Denver Botanic Gardens Día de los Muertos Celebration. Denver Botanic Gardens
Although El Diá de los Muertos is essentially a Mexican remembrance for the dead, there’s a joy to its solemnity, as families leave favorite foods and offerings for their ancestors on marigold-encrusted graves and altars dressed up with photos of those who’ve crossed over. The imagery of skulls and skeletons that we connect with the All Souls Day-derived celebration isn’t meant to be scary, like Halloween ghouls; it’s all about visiting for one day with departed family members, symbolized by their old bones and grinning faces.

We’re lucky that Denver has a big community with Mexicano roots, making it a prime destination for muertos observances and displays of old traditions. Here are a few ways to welcome your own ancestors in 2018: 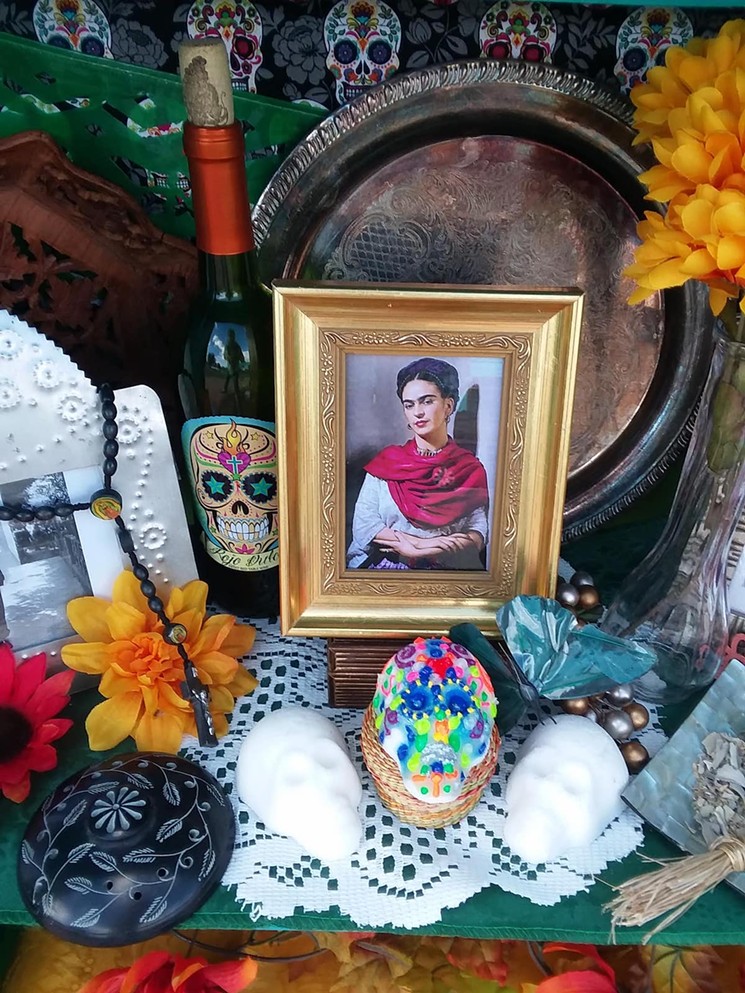 A Frida nicho by Jose Mares at Kahlo's on Morrison Road.
Westwoord Creative District/BuCu West
Westwood Family Nicho Exhibit
BuCu West Development Association, 4200 Morrison Road
Tuesday, October 30, 4:30 to 6:30 p.m.
The first of two Día de los Muertos events in the Westwood Creative District, the ongoing Nicho Project is becoming a tradition in the neighborhood, bringing community members together to build nichos (altars to family members who have passed on), enjoy pan de muerto and hot chocolate, and decorate skull cookies. All ages are welcome to participate and leave an offering to or memory of a loved one at the altar.

Denver's Oldest Día de los Muertos
La Raza Park, West 38th Avenue and Navajo Street
Thursday, November 1, 5:30 to 8:30 p.m.
Some will argue about which Día de los Muertos celebration in Denver is the oldest, but this one, spearheaded by Nita Gonzalez (the activist daughter of Corky Gonzalez, a Denver Chicano legend) and Servicios de La Raza takes over from Pirate’s decades of celebrations on Navajo Street, which moved to Lakewood along with the gallery. But it’s really the thought that counts, and Gonzalez and friends will carry on with respect for the Mexican holiday’s deepest intentions, with a candlelight procession beginning at 5:30 p.m. at La Raza Park and ending at North High School for dinner and festivities. Bring a candle and a photo of a lost loved one.

Find Baile Folklórico Bugambilias dancers and other delights in Breckenridge this weekend.
BreckCreate
Fifth Annual Día de los Muertos Festival
Breckenridge Arts District campus, downtown Breckenridge
Thursday, November 1, 5:30 to 8:30 p.m.
Friday, November 2, 3 to 8 p.m.
Saturday, November 3, 9 a.m. to 7 p.m.
Breckenridge Creative Arts tacked on the fall Día de los Muertos Festival to its summer art-festival schedule four years ago to add one last pre-ski-season stretch before the snow falls in earnest. Like the summer celebrations, this one is loaded down with free activities, from hands-on workshops with a Day of the Dead theme to Ofrenda, an art exhibition by Las Vegas artist Justin Favela, who is known for his piñata-inspired paper installations and sculptures (Ofrenda opens November 2 and runs through January 6 at [email protected], 136 South Main Street in Breckenridge). The three-day party ends on Sunday with a whole day of fun, beginning at 9 a.m. with dress-up assistance for La Corrida de los Muertos, a group run through town in Día de los Muertos finery. Race registration closes at midnight on October 31, so act fast. Find more info online. 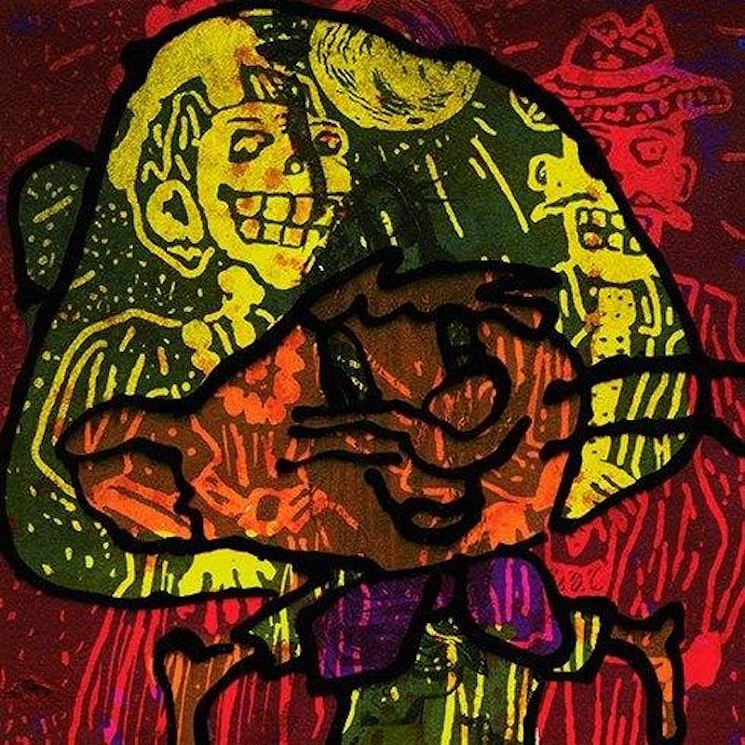 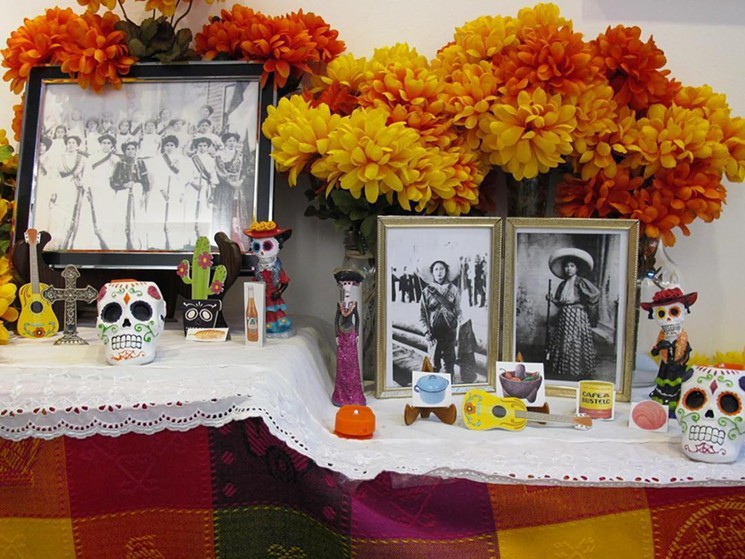 An ofrenda by Las Adelitas Living the Arts at CHAC gallery.
CHAC
Inaugural Día de los Muertos Celebration and Parade
Art District on Santa Fe
Friday, November 2, 4 to 9:30 p.m.
The Chicano Humanities and Arts Council was the center of Día de los Muertos festivities in Denver's Art District on Santa Fe for years, but after a move down the street to 222 Santa Fe Drive, CHAC threw a party for the early October opening of its annual muertos show, leaving the rest of the central art district to take the reins on the official holiday. Thus was born a new district-wide celebration and procession on Santa Fe, with help from the Museo de las Americas, the Mexican Consulate and others. The Museo, 861 Santa Fe Drive, is ground zero for activities including a community ofrenda, fee-based craft workshops, face painting and, at 7 p.m., a procession leaving from Galapago Street and West Ninth Avenue, followed by a Catrina costume contest back at the Museo. Other galleries up and down the drag will join in with festivities of their own. Down at CHAC, things will be quieter, but you can catch the stalwart gallery’s new group show Persistence, get your face painted and join community members as they remember their dead with community altars.