Eight Arty Things to Do This Week in Denver

Matt Sesow, “A Tiny Provocation,” acrylic on board. Access Gallery
Big events collide in a beautiful way this weekend in Denver, with an international presence here for the Biennial of the Americas, joining a hardworking community of street artists who've descended on RiNo to paint murals for CRUSH 2017. Local galleries and businesses are getting in step with satellite exhibits and events — and then there’s all the great regular stuff. Here’s a smorgasbord of this weekend’s best art events. 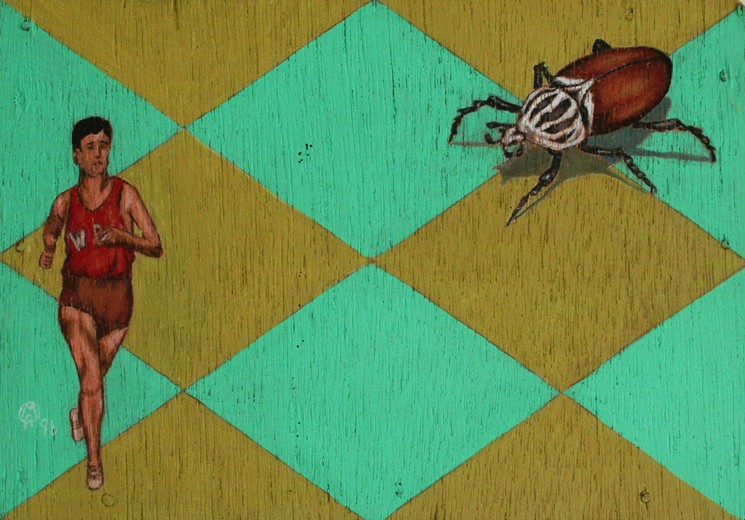 Ruben Mendez, “Sin Título,” 1996, oil on canvas. Private collection.
MCA Denver
Saber Acomodar: Art and Workshops of Jalisco 1915
MCA Denver, 1485 Delgany Street
Through January 21
Saber Acomodar officially opened September 13 with a sold-out bash, but now the Biennial-inspired exhibit is open for a quieter — and closer — look at work made in collaboration between artisans working with traditional techniques and contemporary artists updating the ancient ways in modern installations. Curator Patrick Charpenel of New York’s El Museo del Barrio brings together 25 artists and craftspeople working in the Jalisco region of western Mexico for this showcase, a beautiful soup of work both handmade and conceptual.

Altered book art by Valerie Savarie.
Valerie Savarie
Elements & Curiosities: Valerie Savarie & Sharon Eisley
Valkarie Gallery, 445 South Saulsbury Street
Through October 8
Opening Reception: 5 to 8:30 p.m. Saturday, September 16
Paired exhibits showcasing work by Valkarie studio residents Sharon Eisley (a carved-panel oil painter) and Valerie Savarie (an altered-book artist) are getting to be a regular thing at the Belmar gallery: For their fourth duet, Elements & Curiosities, the artists explore the elements — earth, air, fire and water — each in her own way. The pièce de résistance at the show’s opening will be a cabinet of curiosities-themed surprise. Guess you’ll just have to be there to see it. 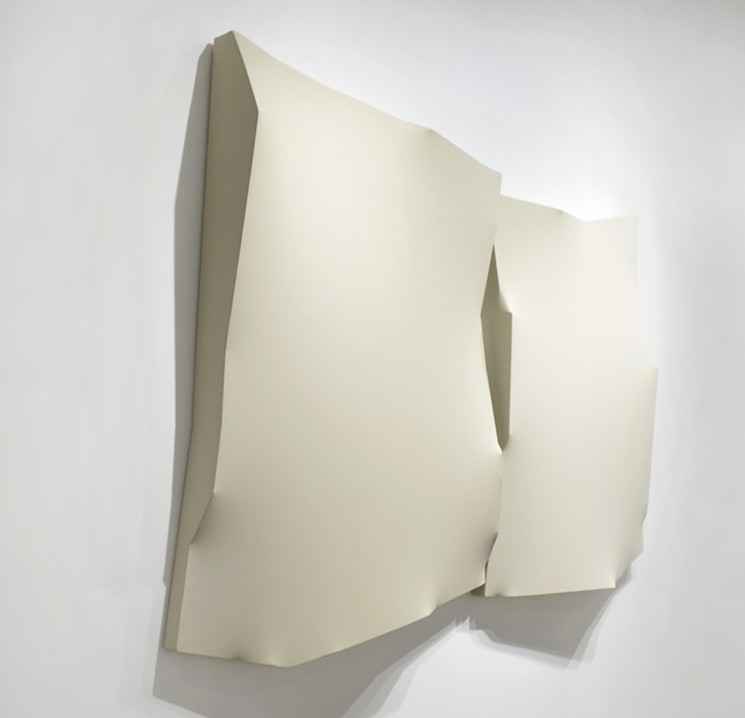 Stikki Peaches, “Tin Bond.”
Station 16 Gallery
Station 16 Annex Street Art Market
The Source Hotel and Market, 3350 Brighton Boulevard
Opening Thursday, September 14
Noon to 8 p.m. September 15 through September 17
The Source gives the nod to the Biennial and CRUSH alike by hosting the Street Art Market, an artist exchange with Montreal’s Station 16 Gallery, complete with a space installation, an outdoor mural-in-process by Canadian artist Whatisadam, live silkscreening demos, drink specials at the RiNo Yacht Club and limited-quantity print releases every afternoon at 2 p.m. Want to party with the artists after hours? Hit the Station 16 Annex After Hours cocktail-fest and groove to tunes spun by Weird Touch from 11 p.m. to 2 a.m. on Saturday, September 16. Also on tap over the weekend: Concurrent pop-ups by Sandy Calistro (Saturday) and Andrew Hoffman (Sunday) at Svper Ordinary Gallery. 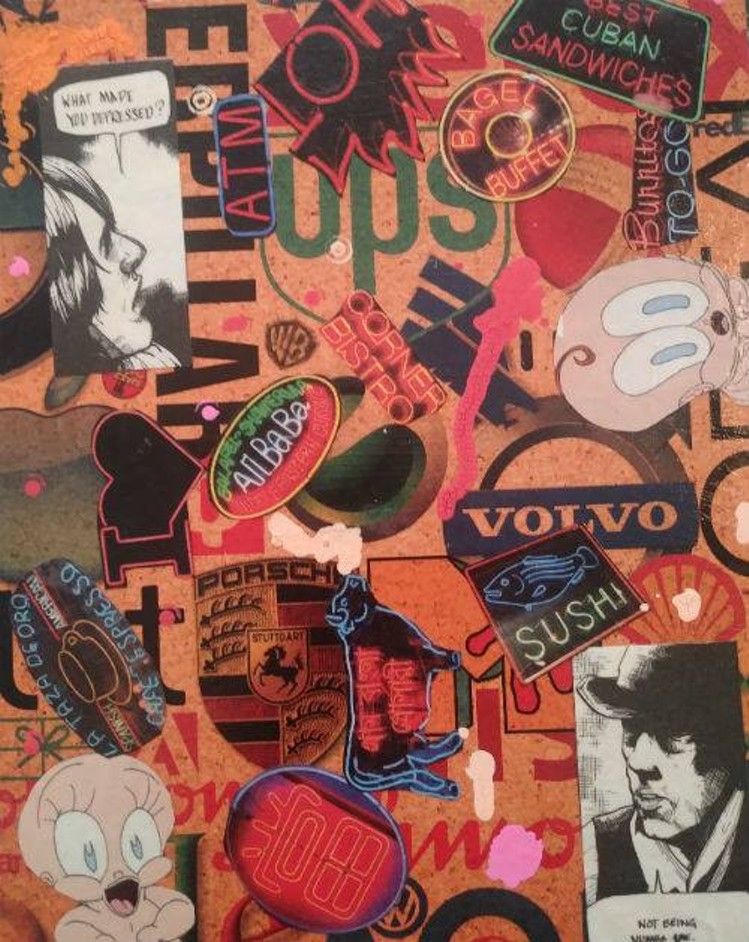 Jazmin Malagon, mixed-media collage.
Access Gallery
99 Pieces of Art on the Wall
Access Gallery, 909 Santa Fe Drive
6 to 9 p.m. Friday, September 15
Admission: $9.99
Access Gallery’s annual 99 Pieces of Art on the Wall fundraiser is a collector’s dream and a great play on the meaning of “access” — for the price of the $10 admission, every partier in the room can walk away with a small square foot of art priced between $50 and $250, first come, first served. More than 100 artists, from well-known names to young participants served by the nonprofit, have contributed artwork.

Catch Arna Miller at Crema during Crush.
Arna Miller
Arna Miller, Tales of Friendly Fellows
Crema Coffeehouse, 2862 Larimer Street
Opening Reception: Noon to 5 p.m. Saturday, September 16
Artist Arna Miller brings a menagerie of affordable screenprinted creatures to CREMA, right in the thick of the CRUSH 2017 action, where you can duck in for the best coffee in the world without skipping an art-viewing beat.