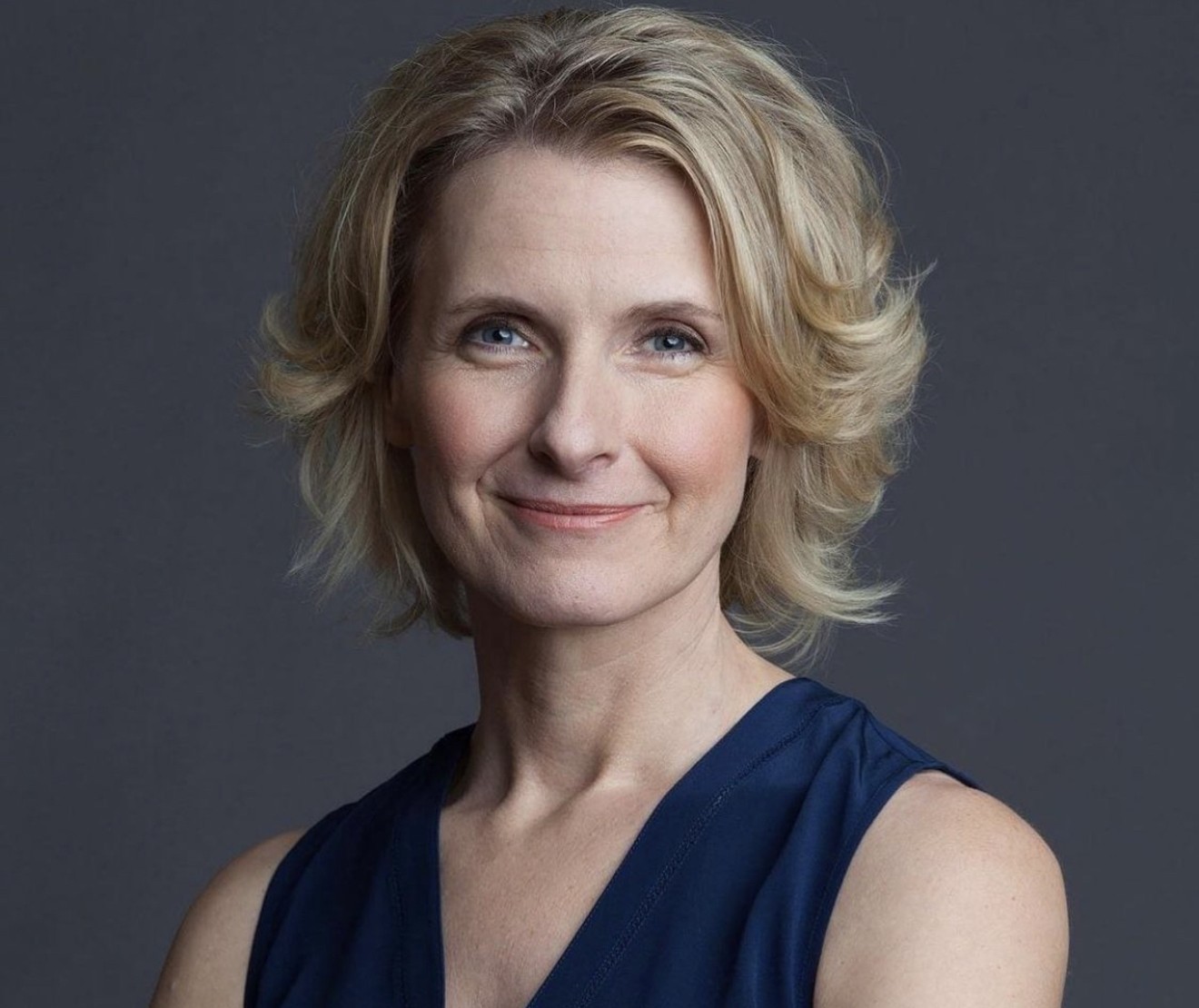 Elizabeth Gilbert will give a talk on Wednesday, May 4, at the Paramount Theater. Instagram
“So, how was your pandemic?” asks Elizabeth Gilbert as we begin our call. It’s an appropriate question from this best-selling author, not only because she’s known for looking deeply at the emotional impact of relationships and societal changes, but also because her first interview with Westword took place at the end of March 2020, as COVID-19 shut the world down. A lot has happened since then.

At that time, she was just starting a book tour for her latest novel, City of Girls, with a stop planned in Denver. Of course, that didn’t happen. Her Denver date ended up being pushed back three times. But this Wednesday, May 4, at the Paramount Theatre is a go. The author, best known for her 2006 memoir turned Julia Roberts vehicle Eat Pray Love, is in good spirits, saying the quiet time from the pandemic turned out to be very generative for her writing.

“My calendar just got wiped out,” she explains. “I remember thinking, ‘I don’t know when I’ll have so much empty space in my life again.'”

The extra time led to work on two upcoming books: another novel and a nonfiction work that is extremely personal — though her latest release still deserves the attention that the pandemic pushed back. City of Girls is a sticky-sweet, bubbly coming-of-age novel about a teenage girl who moves to New York City in the 1940s and gets involved in the theater world of showgirls and dancers. “I wanted it to go down like a tray of champagne cocktails: very light and fizzy,” says Gilbert. 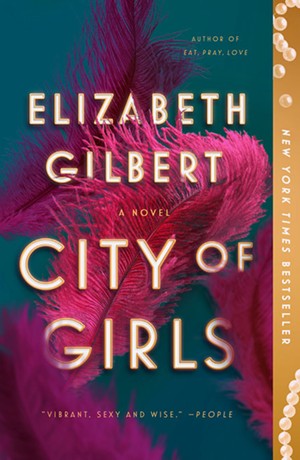 Elizabeth Gilbert
For those lucky enough to discover the novel during the pandemic, it provides a great getaway into another world and those first-time experiences you can only have as a teen. “I tell my friends in New York, ‘You’ll never know what it’s like to move to New York,’” says Gilbert. “You can only be a nineteen-year-old getting off the bus with 600 bucks once in your life. It’s a really special moment.”

The book doesn't only provide an escape for her readers: It was also an escape for Gilbert when she was writing it. As she began the book in 2016, her partner, writer Rayya Elias, received a terminal cancer diagnosis. Gilbert switched to caring for Elias for eighteen months. She passed away in January 2018. Following her death, Gilbert returned to writing the book, but not without internal struggle.

“During the time she was dying, I didn’t have the faintest inclination to write about showgirls having a good time in the 1940s. But after, something told me it was the healthiest thing I could possibly do for myself,” Gilbert says. “I think it was understanding that after going through so much darkness, I needed to recalibrate and be in lightness. I needed to write a book that didn’t have anything to do with Rayya. And I’m so glad it’s out in the world right now, because it gives people an escape. Sometimes the purpose of art is to lead us through, and sometimes it’s to distract.”

Gilbert shares that one of her new upcoming books is about grieving and losing her partner to cancer. She is known for being very open about life and relationships through her writing and on-stage talks. The best-selling Eat Pray Love was written following her divorce. Fans then followed her journey meeting and marrying a new man with Committed: A Skeptic Makes Peace With Marriage in 2010. Gilbert ended that relationship in 2016 after realizing her feelings for Elias, her best friend at the time.

Gilbert admits she’s a person who lives intensely, but says she doesn’t know any other way. “I don’t really know how to live a mild life. I get really excited about the world, about people," she says. "I get really attached and really dramatic. It’s led to me having extraordinary experiences and encounters and adventures. What’s not fun is how many times I’ve had my heart broken and had to start over.” 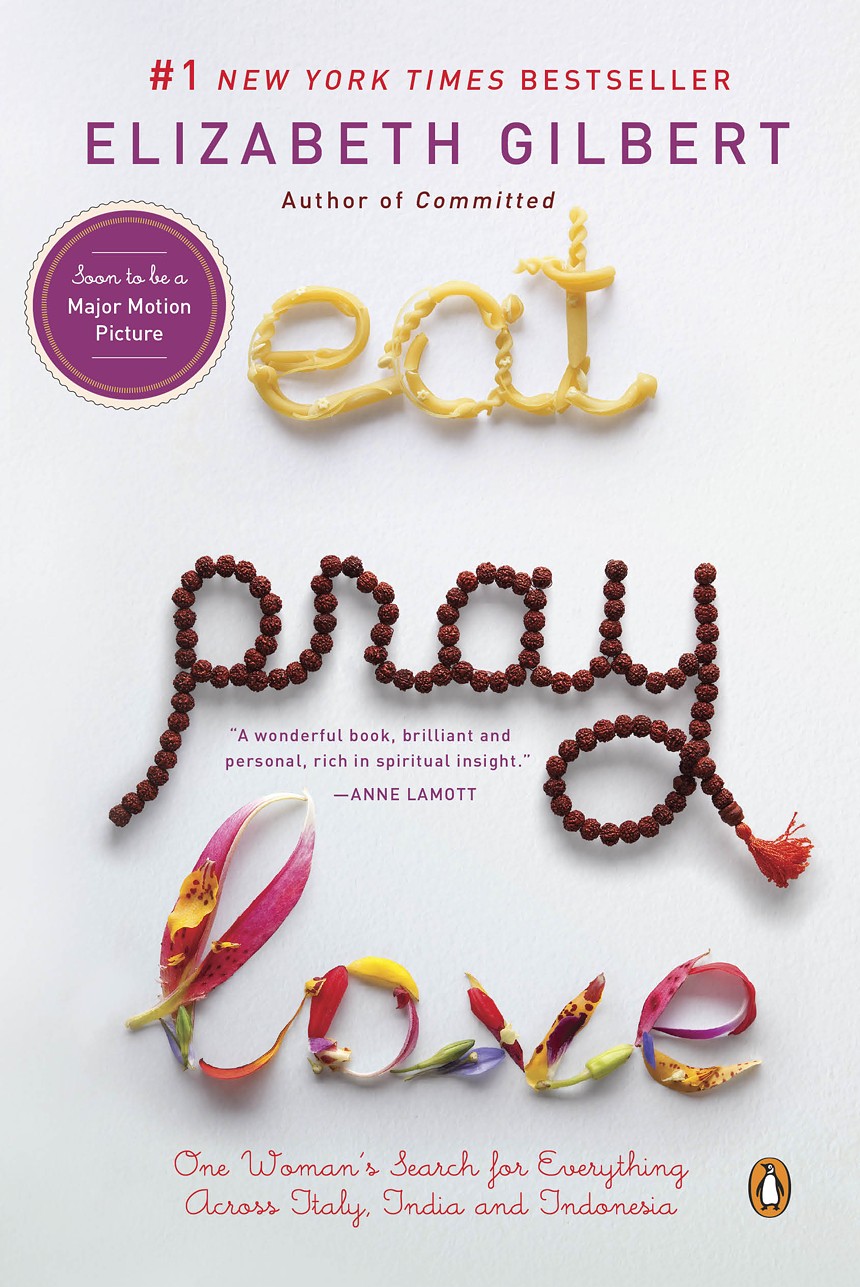 Elizabeth Gilbert
Learning to live in the world as an artistic person also led her to writing Big Magic: Creative Living Beyond Fear in 2015, which has become an iconic guide book for many creatives. The book discusses how to live a fulfilling creative life, especially in a world not particularly set up for that. One key, she says, is keeping playfulness at hand. “Children are born with instincts to sing, dance, draw. You’ll never see a six-year-old look at pile of LEGO bricks and say, ‘No, my best work is behind me!’” Gilbert laughs. “They just dive in and do it. Over the years, that playfulness is lost. A lot of creativity is taking that back.”

While Gilbert isn’t officially known as a self-help writer and doesn’t carry a doctoral degree, she has collected a wealth of life experience with a keen eye for the human condition and shares plenty of helpful tips in her many discussion appearances. At her upcoming stop in Denver, she plans to talk about “The Next Women’s Revolution,” focusing on women’s anxiety. She says that while anxiety has been at an all-time high during the past couple of years because of the pandemic, politics and civil unrest, she doesn’t think it’s that different from where it was pre-pandemic.

“There’s a false nostalgia. I don’t remember people being relaxed three, five or ten years ago," she says. "People weren’t walking around in 2018 saying, ‘We’re living in a golden age.’ The anxiety is the same, but it’s especially prominent in women.”

Gilbert explains that she believes women are conditioned to make sure everyone is okay, and that has become an increasing weight over the years. “The world has gotten so small with social media,” she says. “We carry these devices in our pockets that give us the horrible news, and we constantly see that everyone is not okay. That affects women in a very deep way of helplessness and hopelessness.”

In Denver, Gilbert plans to share ways she believes women can regain control through priorities, boundaries and mysticism, as well as what she’s learned through her own life experiences. “It took me a long time to figure out how to prioritize and to learn how to say, ‘I’m sorry, I’m not available to anything outside of the choices I’ve made to give my attention to,’” she says. Elizabeth Gilbert
While many of her life lessons have come from both the good and bad experiences in life, as well as the occasional need for escape, Gilbert says it’s all part of the journey.

In Big Magic, she scoffs at the idea that an artist should suffer for their art. “There’s a sense that it’s a badge of courage. I object to that,” she explains. “Suffering is a part of life you can’t avoid. It’s not necessary to go knocking on its door and have it define you. The true test of the legitimacy of your creativity is that you did it. Have gratitude that you’re lucky enough to be able to create, even if no one ever gets to see it.”

Besides, she adds with a laugh, “They say nothing bad happens to a writer. It’s all material!”

Elizabeth Gilbert, 7:30 p.m. Wednesday, May 4, at the Paramount Theatre, 1621 Glenarm Place. Find tickets, $40-$55, and more information at elizabethgilbert.com.
KEEP WESTWORD FREE... Since we started Westword, it has been defined as the free, independent voice of Denver, and we'd like to keep it that way. With local media under siege, it's more important than ever for us to rally support behind funding our local journalism. You can help by participating in our "I Support" program, allowing us to keep offering readers access to our incisive coverage of local news, food and culture with no paywalls.
Make a one-time donation today for as little as $1.