Ten Things to Do in Denver for Under $10 (Six Free) 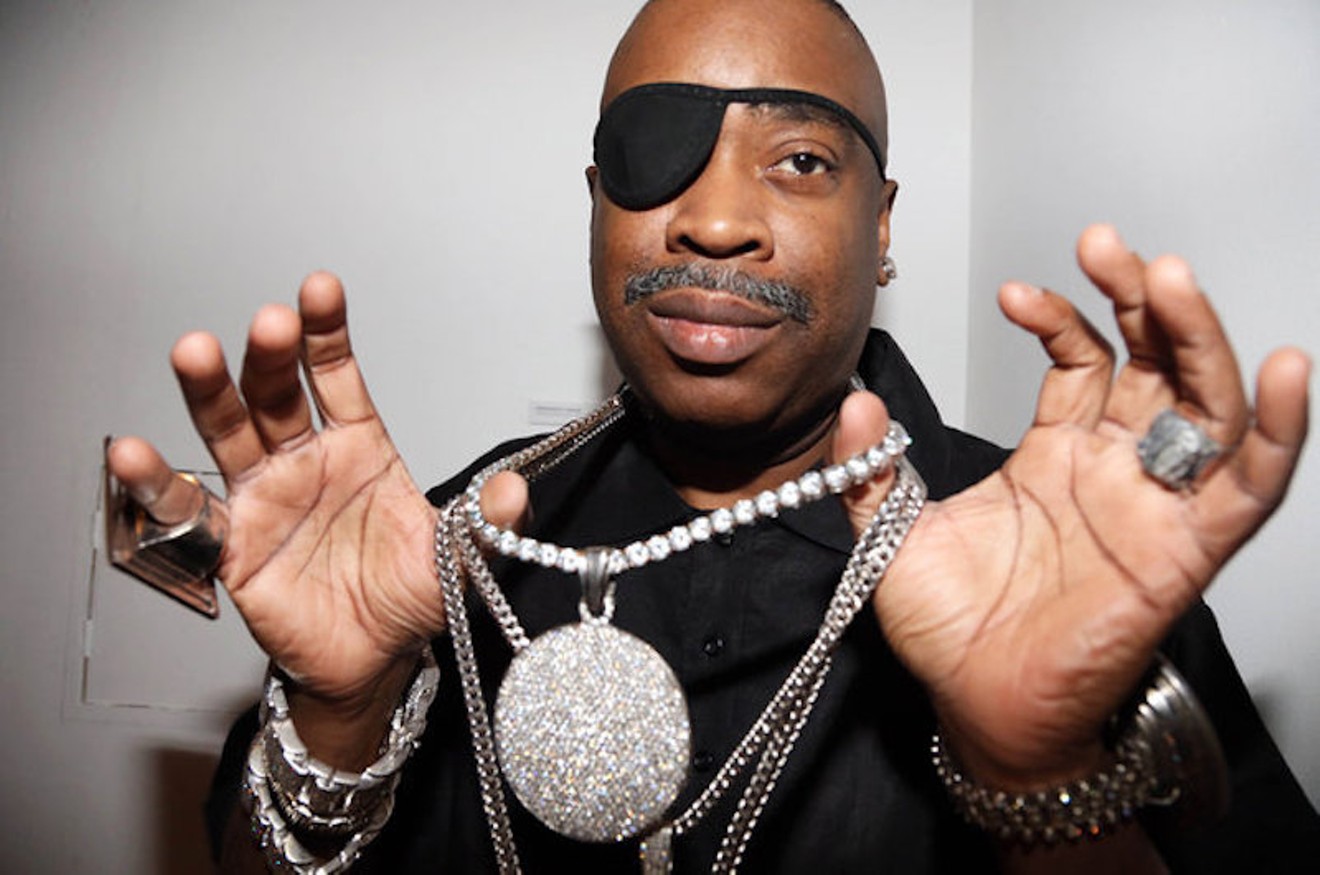 Hip Hop Royalty Slick Rick headlines the Juneteenth Music Festival on Saturday, June 17, in Five Points. Johnny Nunez
Having fun and experiencing all that Denver has to offer needn't be the sole purview of bourgeois weekenders. Our city is too vibrant, too filled with the creations of odd characters to let something like pricey tickets keep you homebound. The following list offers ten wildly different opportunities to engage with the multi-colored tapestry of Denver culture, with everything from LGBTQ-friendly comedy to summertime festivals, film screenings and miniature opera shows. Keep reading for ten great local events you can attend for less than ten American dollars. 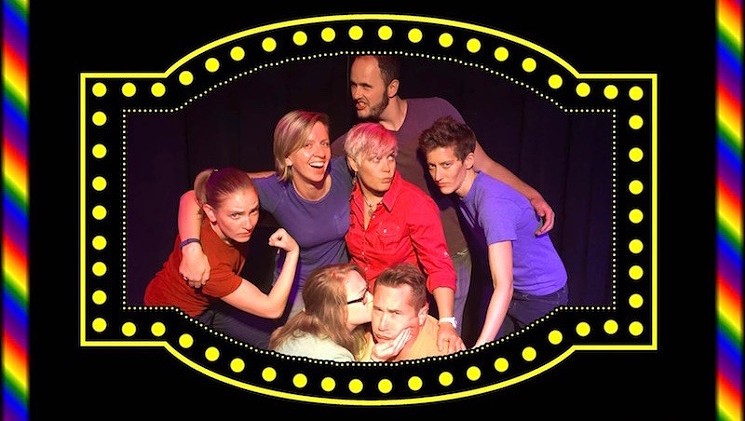 C/o Gaybies Improv
Gaybies Improv: Ask a Gay!
Thursday, June 15, 8 p.m.
Voodoo Comedy Playhouse
$8-$10
With Pride weekend festivities fully under way, Gaybies, Denver's only LGBTQ long-from improv troupe, have devised a clever new showcase for their extemporaneous talents. Gaybies Improv: Ask a Gay! invites audience members to ask any burning questions they've had about the LGBT community in a jokey and judgment-free environment before the Gaybies players improvise entire scenes prompted by the audience's questions. It's an exciting new form that could potentially yield as many teachable moments as it does belly laughs. Visit voodoocomedy.com to learn more and buy tickets.


Summer Film Series Star Wars: The Force Awakens
Friday, June 16, 6 p.m.
Historic Elitch Theater
$5-$10
Originally constructed in 1891, the Historic Elitch Theatre has gone through many incarnations in the years since its golden age. Gearing back up for another leisure season, Elitch's Summer Film Series launches on Friday, June 16, with a screening of Star Wars: The Force Awakens, beginning at 7 p.m.. The fun begins well before the screening, however; from 4:30 p.m. to 6:30 p.m. guests can don VR headsets for a mind-blowing three-minute experience. Children six and under are admitted free, and ticket prices range from $5-$10. Visit historicelitchtheatre.org to learn more. 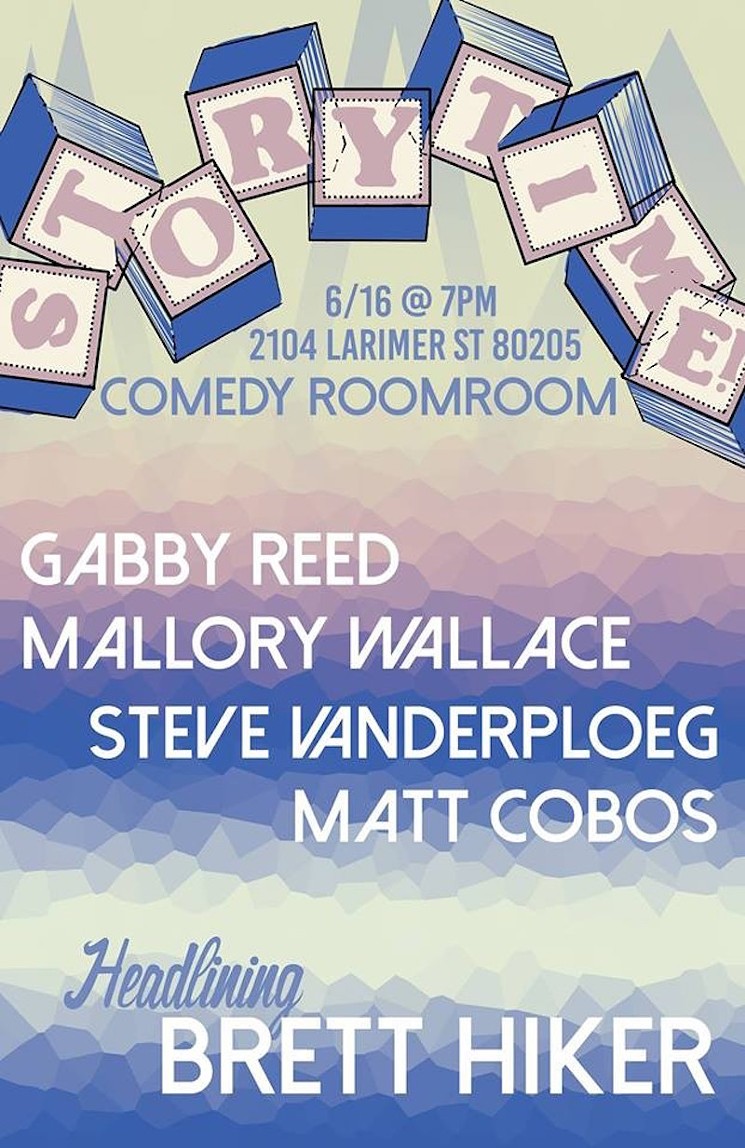 C/o Story Time!
Story Time!
Friday, June 16, 7 p.m.
El Charrito
Free
One of the first theme shows to take up residence in El Charrito's Comedy RoomRoom, James Draper's Story Time has a somewhat misleading name. Rather than telling stories (check out We Still Like You or The Narrators for that), Draper's show calls upon every comic on the lineup to either share his or her best one-liners or generate enough new ones to fill five minutes. Like building a ship in a bottle or composing a haiku, telling a great one-liner joke requires focus, determination and maybe even a little mental illness. Shakespeare may have popularized the axiom "Brevity is the soul of wit," but Story Time pares it down to its very essence. Join Draper, along with this month's lineup, which features local comics Mallory Wallace, Steve Vanderploeg, Gabby Gutierrez-Reed, Matt Cobos and headliner Brett Hiker, for another show full of short jokes and long laughs.

logo by John Porcellino
Denver Zine Fest
June 16-17
Ratio Beerworks, Cervantes' Masterpiece Ballroom, Pon Pon
Free
Cartoonists, comics geeks and zinesters: Break out your Sharpies, scissors and paper, because Denver Zine Library’s annual Zine Fest is here. The free annual event will start with a pre-party at Ratio Beerworks, 2920 Larimer Street, on Friday, June 16, at 8 p.m., and the festival itself, which will showcase zinesters from around the country, workshops and more, starts on Saturday, June 17, at 10 a.m. at Cervantes’ Masterpiece Ballroom and the Other Side, 2635 Welton Street. Workshops will cover podcasting, zine-making and self-care strategies for tough times. An after-party will round out the day, starting at 6 p.m. at Pon Pon, 2528 Walnut Street. For more information, go to denverzinelibrary.org. 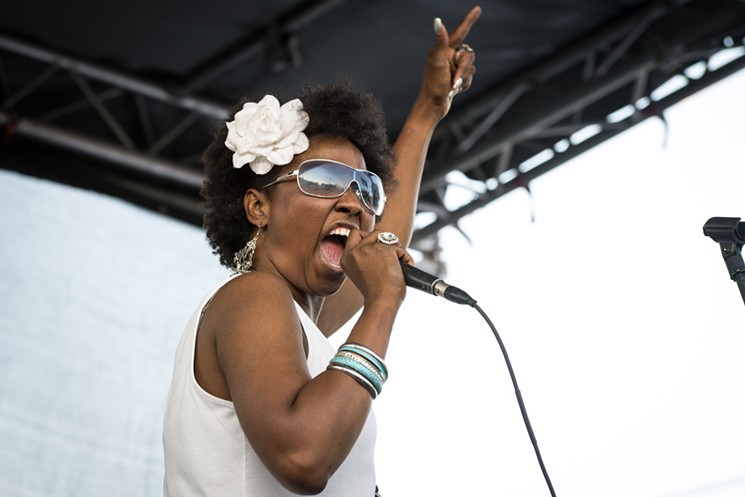 Return to Denver's African-American musical roots at the Juneteenth Music Festival.
Kenneth Hamblin III
Juneteenth Music Festival
Saturday, June 17, 12 p.m.
Five Points
Free
The third weekend in June is traditionally rife with dueling festivals in Denver, but don’t let that clusterfuck keep you at home. In truth, it’s a more-the-merrier situation to seize, and we recommend making the rounds from one cultural group to another. With that in mind, you won’t want to bypass the Juneteenth Music Festival on Saturday, June 17, the Five Points neighborhood’s nod to the historical beginnings of African-American independence in the U.S. It’s a down-home grab bag of live blues, R&B and jazz music with a side of soul food, and also includes kids’ activities, merchant booths, a job fair, a car show and a parade leaving Manual High School at 26th Avenue and Gilpin Street at 11 a.m. for official Juneteenth festivities at 26th and Welton streets from noon to 7 p.m.; headlining hip-hopper Slick Rick performs at 1 p.m. Admission is free; learn more at juneteenthmusicfestival.com.

Read on for more things to do this weekend.