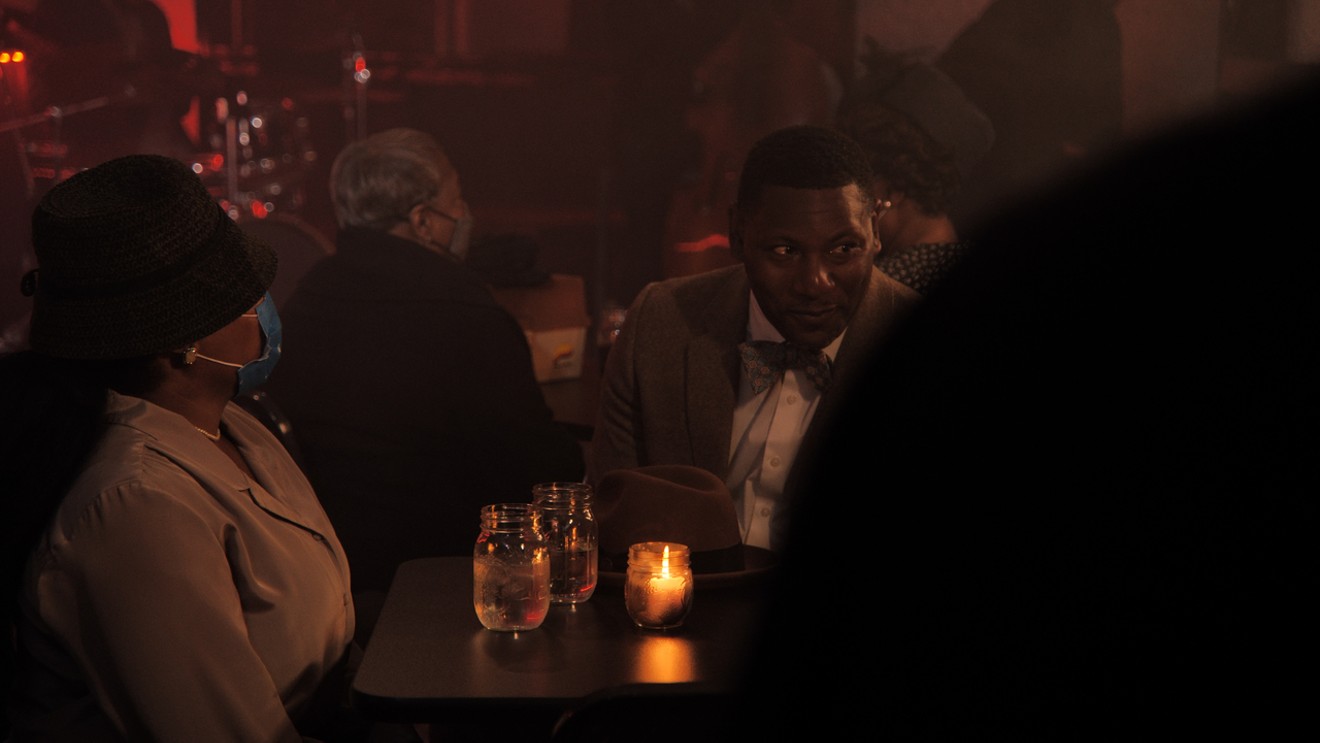 A still from James Batiste's short film, "A Stranger's Story." Courtesy of James Batiste
James Batiste didn’t go to school to be a filmmaker, but he knew he had a story to tell, and he was determined to make it happen.

“My background is actually in engineering, not filmmaking,” Batiste says. “I have an undergrad degree from the University of Denver in electrical engineering and a master's degree in systems engineering from SMU.” But the founder of Colorado IT nonprofit NetWorthy Consulting always had an interest in the entertainment industry because of his family.

Batiste is the sixth of seven sons of John J.J. Batiste Sr. and Estelle Curtis. His family comprises multiple Grammy-winning and Grammy-nominated musicians, and their devotion to the arts has earned them the moniker “NOLA’s Royal Family of Music.” The Batiste family's musical dynasty in New Orleans includes James's brother, Louisiana Hall of Famer David Batiste Sr.; Jon Batiste, a five-time Grammy Award-winning musician; and the Batiste Brothers Band.
click to enlarge 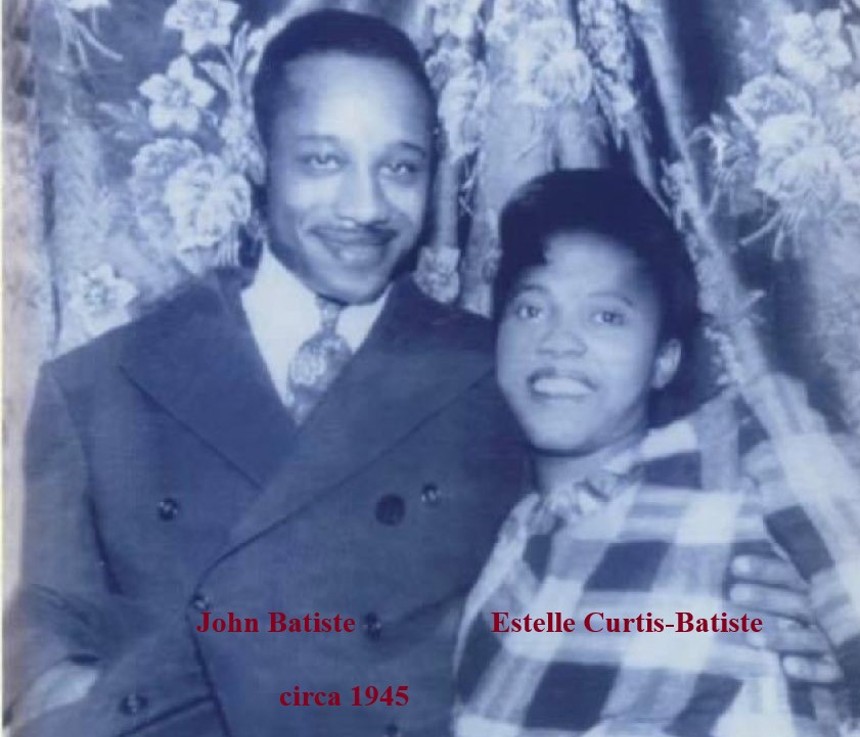 James's parents, John J. J. Batiste Sr. and Estelle Curtis-Batiste
Courtesy of James Batiste
"There’s a rich tradition of storytelling in my family and the African-American community,” Batiste says. “Storytelling is how we were able to connect with and understand our true history, as opposed to anything that we might read in the history books. So getting to make this film and be a part of that tradition was very personal to me.”

Batiste was the executive producer for his fifteen-minute film, "A Stranger’s Story," which is based on the video memoirs of his father. The story takes place in 1942, when John (played by Chris Ford) traveled to Vancouver, Washington, to begin working at the shipyards in support of the war effort. Along the way, he meets a stranger named Jonas (Gerald Pennington) who's at a crossroads in his life; John talks to him and shows him support.

The film exemplifies the life and philosophy of John J.J. Batiste Sr., who wore his faith on his sleeve and always put his family first; he strove to instill that faith in his sons, extended family, friends and anyone else willing to listen. "I'm thankful to God for this great opportunity to share my father's story with such a great team of gifted people," Batiste says.
click to enlarge 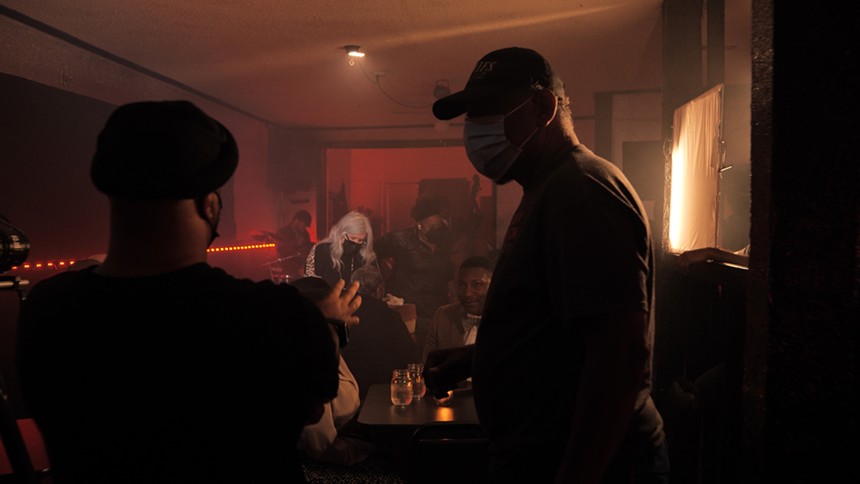 The creative team of "A Stranger's Story" discussing how to best shoot a scene.
Courtesy of James Batiste

When Batiste realized he wanted to adapt his father’s story into a film, he knew he was going to need help. To make his dream a reality, he turned to his friend Alonzo Waller, who directed and co-wrote the screenplay for "A Stranger’s Story" with Tanya Gray. Batiste met Waller forty years ago, when he was living in Little Rock, Arkansas, and working at KTHV, a CBS-affiliated local news station.

“It's all connected. It may not seem that way, but that's kind of where I first got my interest in entertainment and became lifelong friends with Alonzo,” Batiste says. “We stayed friends over the years; he stayed in broadcast television and is an accomplished actor. He went to school to be an actor and had an understanding of the stories my father told the family, so we decided we could make it a movie.”

After years of conversation and planning, they decided to move forward with the project last year. “It was through staying in contact and [Alonzo’s] ability to find other folks that we were able to put this screenplay together,” Batiste says. “We had never produced a film, so we are truly first-time filmmakers. It is truly a blessing for things to line up the way they did. As simple as it may sound, it was just meant to be.”

The crew shot the film in Texas, in the Dallas-Fort Worth area and the Austin suburb of Cedar Park. “Thanks to the hard work of Alonzo and the crew he knew, it all just came together,” Batiste says. “There were a number of minor hiccups, but nothing major that caused production to be delayed.” 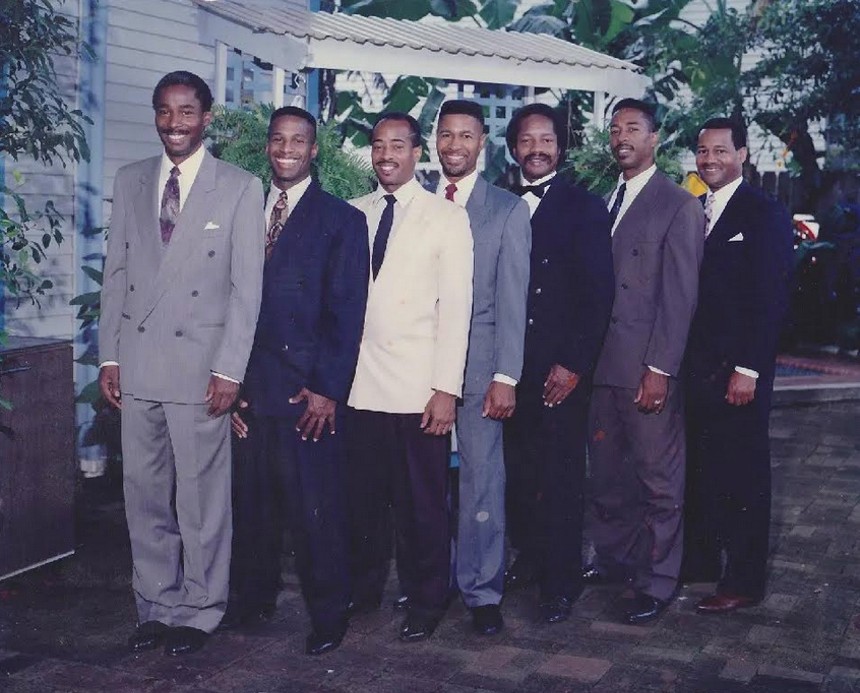 The seven Batiste brothers: Thomas (from left), James, Peter, Michael, Paul, David and John Jr.
Courtesy of James Batiste
Even though Waller had planned for a week of shooting, the crew’s efficiency and professionalism allowed the shoot to be completed in three days. After working with Waller to edit the film, they did two private film screenings: one in Fort Worth for the cast and crew, and another in New Orleans for the Batiste family.

“As you can imagine, in both situations, everyone is on pins and needles waiting to see,” Batiste says. “I'm partial because I'm walking on clouds right now about how happy I am with the film. My father and mother were present in spirit. I still talk to them every day, but they weren't physically present. But I like to imagine they were sitting there and able to see this thing that represents who they are. So all of it is rushing through me, and I'm just joyful.” 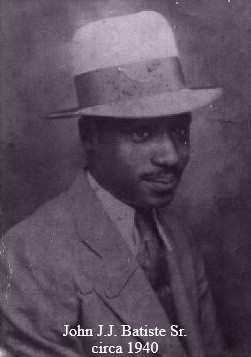 Photo of filmmaker James Batiste's father, John J. J. Batiste Sr.
Courtesy of James Batiste
Following the positive response from the screenings, the team began to send the film out to film festivals. "A Stranger’s Story" has been selected for fourteen film festivals and has won several awards, including Best Soundtrack and Best Colorado Narrative Short at the 2022 Denver Underground Film Festival.

For more information on the film, its accolades and the production team, Batiste recommends that people visit the film's website and YouTube page. The film competes at the Denton Black Film Festival on January 25, where it will receive critiques, be in contention for more awards and help the team get the word out about the film.

“We hope people, especially people of faith, get an opportunity to see it,” Batiste says. "But even if you're not religious, I believe it's a message that everyone can understand: that everyone, regardless of faith, has free will. And if you’re a family person, the film is family-friendly, and I think you’ll relate to what it means to be a part of a family.”

"A Stranger’s Story" can be seen in person at the Denton Black Film Festival, January 25-29, and virtually January 29-February 5. Visit dentonbff.com for festival details.
KEEP WESTWORD FREE... Since we started Westword, it has been defined as the free, independent voice of Denver, and we'd like to keep it that way. With local media under siege, it's more important than ever for us to rally support behind funding our local journalism. You can help by participating in our "I Support" program, allowing us to keep offering readers access to our incisive coverage of local news, food and culture with no paywalls.
Make a one-time donation today for as little as $1.