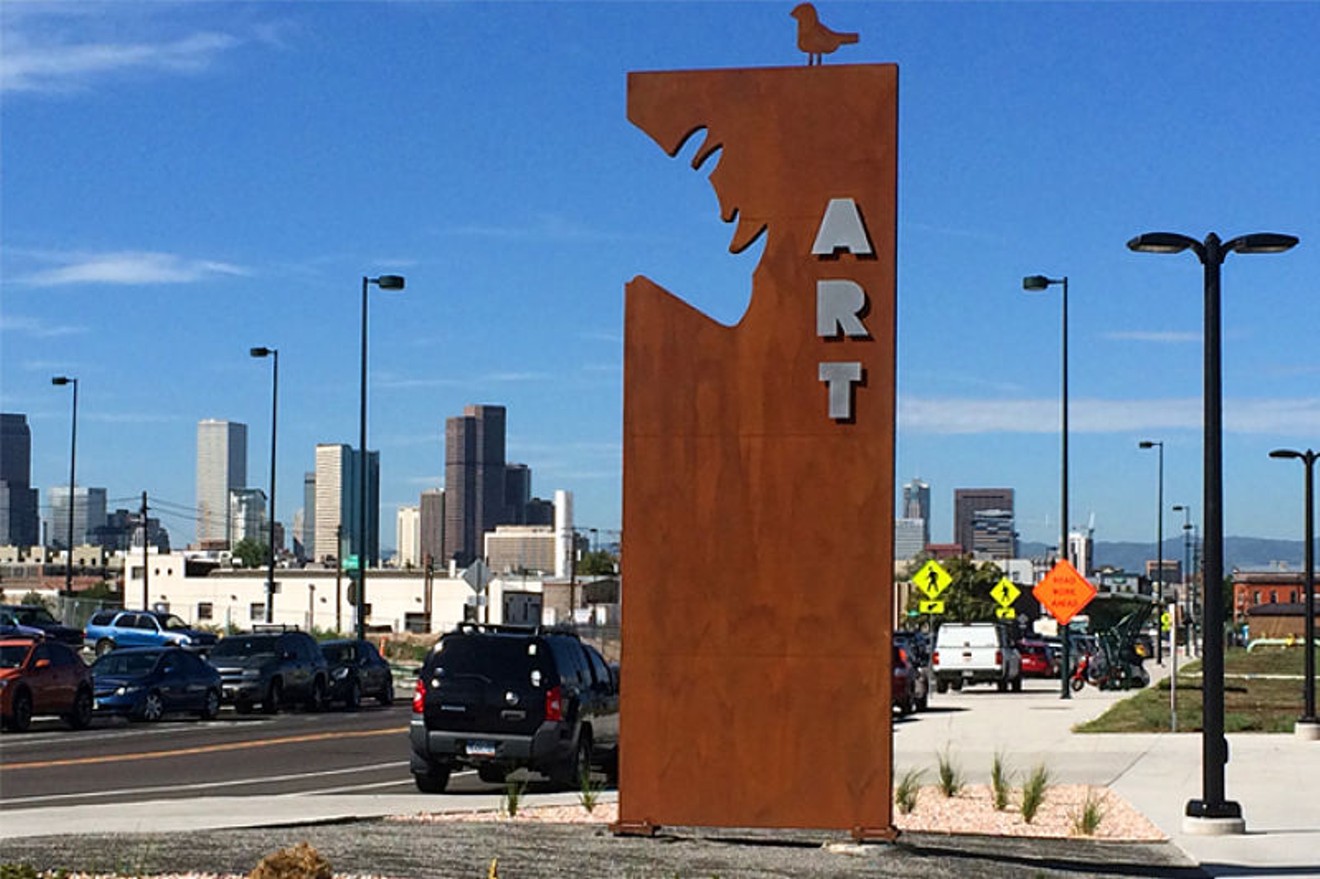 RiNo Art District
Lonely Planet recently released its roundup of the ten coolest neighborhoods in the world. Now the travel media company is drilling down with "Hot ’hoods in the US: 10 neighborhoods you need to visit."

Yes, RiNo: the Denver neighborhood that didn't even exist until 2005, when two artists/entrepreneurs decided to create a cultural district that overlaid the old warehouse section of Five Points along the South Platte River. Today it's so hot that some longtime Denverites have branded it as a prime example of gentrification; it's so hot that the RiNo nickname has been ripped off for an upcoming shop at Denver International Airport.

But the RiNo Art District has worked hard to keep the wild, and the art, in RiNo. And according to Lonely Planet, it's succeeded. Here's the Lonely Planet description, by contributor Greg Benchwick:

When I was a punk-rock kid we would go to shows in the abandoned warehouses of Denver. Besides the ear-popping music and terrible smell of clove cigarettes, it was the steampunk allure of this rough industrial corner of town, now known as River North (or simply RiNo) that really drew suburban kids like us in. In these darkest stretches of Denver’s inner city, we were sure we would find sex, drugs, rock-n-roll, and the kind of fun that our parents didn’t want us to have…It was perfect.

Even as the Mile High City expands, RiNo still clings to its punk-rock roots. You’ll find it in the street murals that seem to pop up overnight, in the experimental galleries that play open house on Friday nights, and in the innovative food halls and rockabilly microbrews that play host to the city’s young, bold and tattooed. Through it all, RiNo is cultivating its unique personality and character, and playing center stage for the resurgent arts and cultural scenes that have transformed D-Town into the cultural dynamo of the American West.

Fair warning to readers of Lonely Planet: You won't be lonely in RiNo. This part of Denver is jammed...and jumping.

Oh, and good luck getting to DIA after your visit to RiNo: Northbound Brighton Boulevard is still closed at 38th Street.