Ślan Abhaile: The Irish Snug on Colfax Has Closed

Brandon Marshall
The Irish Snug's last day was January 23.
Almost two decades ago, Irish bars officially become a trend in Denver — and the Irish Snug, which opened in March 2004 at 1201 East Colfax Avenue, led the way.

Its actual snug, a private drinking booth imported from Ireland, was one of the coziest spots to sip a pint in town. We loved raising a glass at the bar, too, and also on the patio, with its prime view for Colfax people- watching. From Irish breakfasts to private events in the downstairs "Under the Snug" space, countless celebrations big and small happened here. But now, nearly eighteen years after it opened, the lights have gone dark at this Dublin-style pub that became a neighborhood favorite.

Here's the full announcement posted on January 24 on the Irish Snug's Facebook page:

It is with the deepest consideration and the heaviest of hearts that we announce the permanent closure of our beloved Irish Snug. When you excitedly open your restaurant, you don’t typically think about the day you’ll close and March 6, 2022, would have made 18 years since we opened our doors. Unfortunately, the pandemic has proved to be too much for us between new variances of the virus, staffing shortages, and, most of all, rising supply costs.

As everyone knows a restaurant is nothing without its people. We are so grateful to have employed so many wonderful folks over the years, many of whom turned into regulars and will remain our friends.

Owning a restaurant truly is about the community you create, and we could not be more grateful for the one that adopted us as their second living room. We can’t express enough gratitude to all the loyal regulars and patrons that we have seen over the nearly 2 decades. A lot of really meaningful connections between people happened in our establishment and that makes us the proudest. We were truly excited to see the next generation of Snug goers a.k.a. “Snug Babies”…there’s a lot of them out there.

Just because this is the end for The Snug does not mean we aren’t truly excited for whoever is lucky enough to end up in 1201 E. Colfax. It truly is a historical and special spot and we are just so grateful that we got to be there for as many years as we did.

Thank you Colfax, Thank you Capitol Hill, and Thank you Denver… we hope you will miss us as much as we are going to miss you! 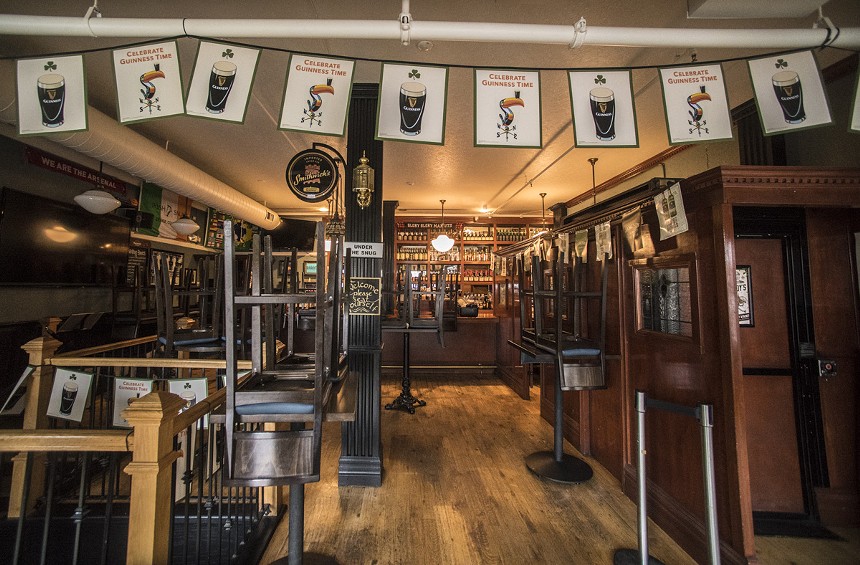 Evan Semón
Staffing, supply costs and general burnout from the pandemic have led to the recent closure of a number of well-loved bars and restaurants, including the Breakfast King and Owlbear, whose owner, Karl Fallenius, said that rising costs were the main reason for his decision to close his RiNo barbecue joint.

The next occupant of the space at 1201 East Colfax Avenue has a big history to live up to. Before the Snug, this spot was home to the Crazy Horse Bar, which was owned by legendary Denver character Sid King, who died in 2000. Back then, the spot was known for topless burlesque shows, and the Crazy Horse contributed to Colfax's seedy reputation; it was even featured in Clint Eastwood's Every Which Way but Loose. Though the street may look a bit different these days, let's raise a glass to the Snug for almost two decades of great drinking.