Big Gigantic's Dominic Lalli and Jermey Salken take in the scents of Seed & Smith's plants in anticipation of their collaboration with the company. Courtesy of Seed & Smith
click to enlarge 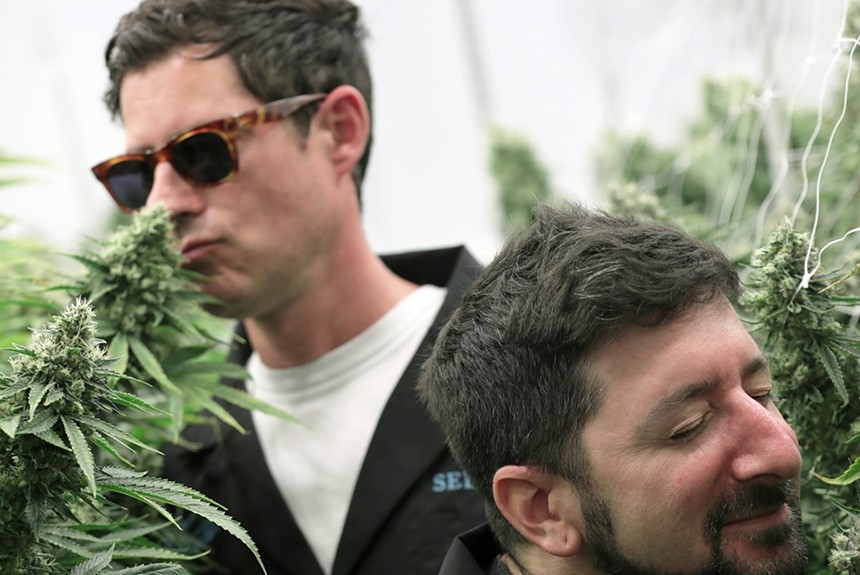 Big Gigantic's Dominic Lalli and Jermey Salken take in the scents of Seed & Smith's plants in anticipation of their collaboration with the company.
Courtesy of Seed & Smith

A brand encompassing dispensaries, in-house cannabis cultivation and extracted products, Seed & Smith has worked with a handful of musicians and artists over the years, but chief operating officer Brooks Lustig is particularly excited about the Big Gigantic project.


“The one thing that was exciting about this one is the fact that Big Gigantic wanted to do something that was for charity, that could help out the situation here in Colorado,” Lustig says of the Boulder-based musical duo.


In 2016, Dominic Lalli and Jermey Salken of Big Gigantic started the Big Gigantic Difference Foundation with the goal of working with a different local charitable organization every year. The group has worked with Colorado charities such as Youth on Record, Conscious Alliance and the Upbeat Academy Foundation in previous years, but hasn't announced who the 2021 recipient will be yet.

According to Seed & Smith, all proceeds from the Dart pod collaboration will go to the Big Gigantic Difference Foundation.


The strains used in the extraction process were picked by the band, Lustig says, with Purple Lemon and Orange Creamsicle winning out. The two varieties are described as "sativa-leaning, tropical, great-tasting strains" by Lustig, intended to bring an uplifting high. To put their own spin on the products, however, Lalli and Salken renamed the Dart pods "Gigantic Purple Lemons" and "Big Orange Dream."


"We’re excited to bring consumers and our fans these tasty, fruity flavors from Seed & Smith that will go perfectly with our funky, euphoric sound,” Lalli and Salken say in a statement. "From our perspective, Seed & Smith has the market on vaporizers and pods."

The Big Gigantic Dart pods, each filled with 1 gram of THC oil, are now available to purchase for $55 at Seed & Smith’s Denver dispensary and brand-new Louisville store, which opened less than a month ago.
KEEP WESTWORD FREE... Since we started Westword, it has been defined as the free, independent voice of Denver, and we'd like to keep it that way. With local media under siege, it's more important than ever for us to rally support behind funding our local journalism. You can help by participating in our "I Support" program, allowing us to keep offering readers access to our incisive coverage of local news, food and culture with no paywalls.
Make a one-time donation today for as little as $1.