Where Does Legal Marijuana Go Under a Blue Senate? 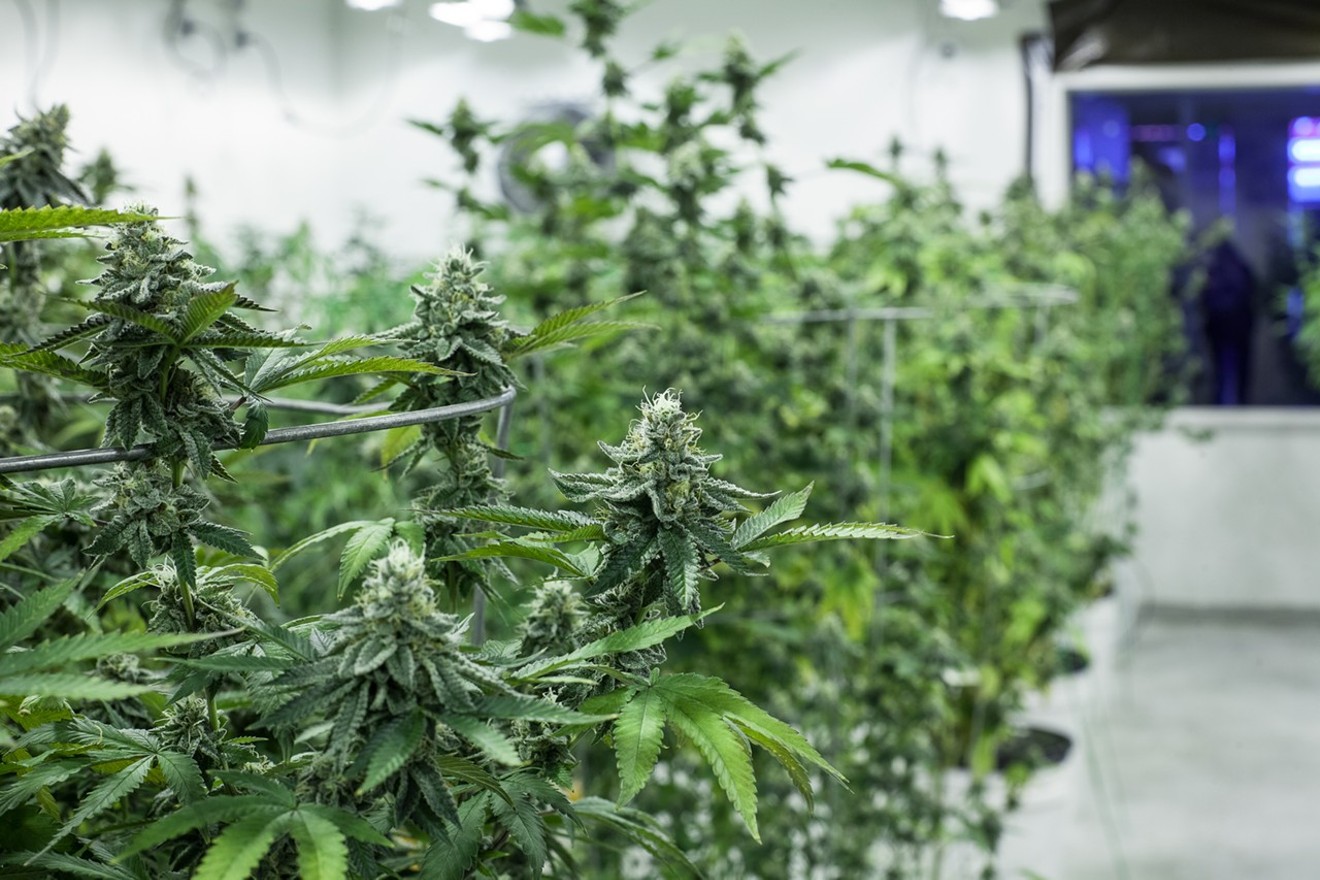 Jacqueline Collins
The whole country had its eyes on Georgia last week, when two Senate runoff elections were held that decided the balance of Congress. Both Democratic candidates eventually won, and if you ask a lot of cannabis supporters, so did legal weed.

With a Democrat majority and Mitch McConnell no longer constipating the Senate floor, the assumption among many plant lovers is that federal cannabis reform is on the way, including bills that allow marijuana business banking, paths toward medical marijuana research and even the potential end of prohibition. But is that really the case?

To learn more about what's ahead, we caught up with Denver-based attorney Christian Sederberg, co-founder of the Vicente Sederberg law firm and interim CEO of the Cannabis Trade Federation, a national lobbying arm for cannabis business.

Westword: Do you have more confidence in recent federal cannabis bills like the Safe Banking Act or MORE Act now that Democrats control the Senate?

Christian Sederberg: I'm optimistic about everything. The biggest challenge in the last several years has been that even once something gets out of the House, like what we saw with the MORE and Safe Banking Acts, it didn't have any chance of being put on the agenda in the Senate, because of the previous leadership. That's very deflating, and it's a hard road when Senate Majority Leader [Mitch] McConnell wouldn't let legislation coming from the House gain movement in the Senate. Now that you have Democrats controlling the Senate, even though it's a razor-thin margin, they control the chairs of committees. Senator Mike Crapo from Idaho, a Senate committee chair, was not friendly to cannabis, and that hurt the Safe Banking Act, because we couldn't get it moving at all. Then the time ran out that year.

The Safe Banking Act was included in the House's first version of COVID-19 relief, but it became sort of political football. But we're going to see another COVID relief package, and it'll make sense for Congress to do what it did last time, which is include cannabis banking provisions in the package. it doesn't cost the government money, and it's a public safety that almost everyone agrees on. The fight over it comes from people who aren't pro-cannabis and don't want to see any ground change. But this makes sense for banks, and businesses that need access to banks because they have a bunch of cash. So banking could come up pretty early.

With the MORE Act, if it passed the House again, it would very likely be seen in the Senate, because those committees will be controlled by Democrats, and I would imagine they'd have a hearing on this. Since those two Georgia Senate elections were resolved, everything has changed in regard to cannabis.

Which senators should we expect to be pushing these cannabis issues forward in 2021?

Senators Chuck Schumer and Ron Wyden, and soon-to-be former senator and future vice president Kamala Harris. She won't be in the Senate anymore, but she'll still be very important in that position.

It'll be interesting to see where Senator John Hickenlooper gets involved. He's new and has a bunch of other issues to resolve, but I know he understands the banking issue very well, and tried to work on it during his time as Colorado governor. Senator Cory Booker is certainly someone to watch, as well. It'll also be interesting to see where senators fall in states that just became legal, like Arizona. I don't know where new Arizona Senator [Mark] Kelly is on the issue — I don't think he ever said much about it during the campaign — but they now have a vested interest there with homegrown cannabis businesses.

Do you think House members are now in a position to put their votes where their mouths have been, now that these cannabis bills might actually have a chance in a Democrat-controlled Senate?
Yeah, that's interesting. And there are a lot of new members of the House, too, even though there are a lot of incumbents. It'll be interesting to see where our new Colorado House member [Lauren Boebert] falls on the issue. The person whose spot she took [former Representative Scott Tipton] was definitely against it. It's much more of a generational divide than a partisan one now. Democrats more broadly support cannabis reform, sure, but you have Republicans who are supportive of reform because of their constituencies. The votes could be very different — maybe you pick up younger members regardless of party — but it's a new Congress, and you never know. Does losing several Democrat seats in the House take the wind out of cannabis legislation? I don't think so. I expect to see some sort of reintroduction and additional work on the MORE Act pretty soon.

Among the members of Congress who support cannabis legalization, which issues are they divided on?

There is definitely some political divide. There are a number of Republicans that support cannabis reform, but a more modest approach, like something that focuses more on what states are doing instead of federal descheduling and issues like social justice and criminal justice reform. I'm not talking about anyone specific, but for some Republicans, that stuff went too far. They're very much pro-states' rights, but when it comes to a federal national legalization regime, that gives them pause. Some members would like to see these things dealt with separately and not all put into one bill, and others think these provisions go too far. But you have some cases, like Florida Representative Matt Gaetz. He's a vocal Trump supporter and pretty conservative, and he voted for the MORE Act in the House. The Senate is a smaller group of people, though, and somewhat more conservative. They're representing a state instead of a city or region, which can be more likely to have constituents who support cannabis as compared to an entire state.

There will still be issues, but Democrats now have this razor-thin control, so at least these issues will be discussed in committees. That's big.

Denver attorney Christian Sederberg is going national in his leadership role with the Cannabis Trade Federation.
Courtesy of Vicente Sederberg

Do you think assuming that a Democrat-led Senate will automatically push these through is unfair? How clear is the congressional support now?

I think it's unclear but very positive. There's been a huge change in the political sphere now that Democrats control both sides. But there are some very moderate Democrats, like Senator Joe Manchin. So Republicans might need to get on board, too, to pass some of this. Does that make the bills more moderate? That remains to be seen. The excitement to move federal legislation is totally warranted, but there are also a number of issues that this country has to deal with, and we are constrained by time and priorities. I haven't heard cannabis won't be a priority, and at least we've seen bills like the MORE Act already pass the House, so we know it can happen again. That helps a lot, but there are a lot of issues that Democrats care about.

I think so. We were pretty successful in making sure federal dollars weren't spent against states that followed their medical marijuana laws during the Trump administration. There's a lot of momentum around research, too. The question starts to become, do you piecemeal this stuff, or do you have a more comprehensive bill that deals with all these things? Are we looking at three different packages, or do some of them get combined? There are also a lot of different industry groups working toward different priorities now. The industry as a whole needs to keep working together and move toward a more united approach.

What are some cannabis policy issues to expect at the Colorado level this year?

There were some bills put on hold last year that are technical but important — industry insurance and tax issues, stuff like that. There's also an effort to further unify medical and adult use in a way that makes things more streamlined.

I think a hot-button issue would be a bill to amend the delivery legislation that passed in 2019. That's putting some sort of cap on the percentage of marijuana sales by delivery. The argument is that people don't want Amazon to come in and undercut everyone, but Amazon isn't getting into cannabis any time soon. I get why brick-and-mortar stores could see delivery as a threat, but we compromised that anyone who wanted to deliver needed a store license first. Some people say there is a loophole in the bill, but it wasn't a loophole. It was discussed in the State Legislature at the time, and the amendment didn't work. But there are people who want to take this back to legislators. Some of the folks who believe this are my friends, and we just disagree on that one, which is okay.

There are also rumors of potency legislation coming back in Colorado. That's obviously an important issue to talk about and get involved in. It's important for the industry, and it's an important issue for people who are concerned about concentrated products getting into the hands of teenagers.
KEEP WESTWORD FREE... Since we started Westword, it has been defined as the free, independent voice of Denver, and we'd like to keep it that way. With local media under siege, it's more important than ever for us to rally support behind funding our local journalism. You can help by participating in our "I Support" program, allowing us to keep offering readers access to our incisive coverage of local news, food and culture with no paywalls.
Make a one-time donation today for as little as $1.