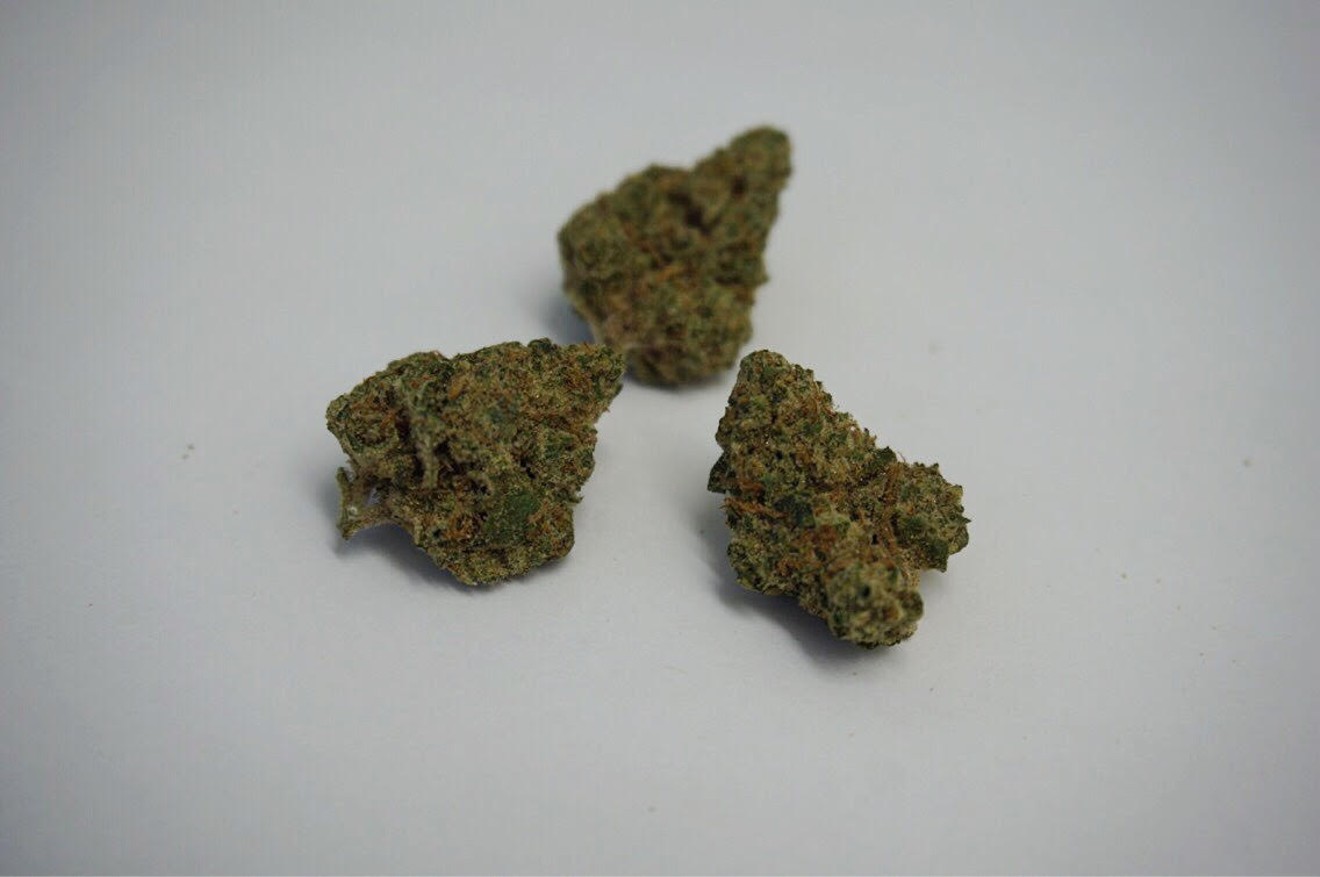 Sweeten your morning coffee with Hazelnut Cream. Herbert Fuego
Finding new strains isn’t as easy as it used to be — or at least it’s not as easy to pass off new strains as new. Thanks to Leafly, SeedFinder.eu and other online strain databases, connoisseurs can learn about the extensive family trees of strains, varieties of cannabis that haven’t gone national yet, and just how full of shit their weed dealers have been. Even with all of that information, though, legal pot’s explosion has led to a boom of genetics that continue to surprise me. The latest example? Hazelnut Cream.

Hazelnut Cream is more likely to be part of a basic bitch’s Starbucks order than a weed purchase, yet thanks to the commercial boom in cannabis breeding, here we are. The sativa-dominant hybrid began to surface in 2016 from Washington breeder Exotic Genetix, which paired Miami Haze and Cookies and Cream to create one of the more authentic, delicious flavor profiles in recent memory. An en vogue hybrid of Girl Scout Cookies origin, Cookies and Cream is known for its sweet, milky flavors and high THC content. Miami Haze has a little more history to it, originating in Florida as a Haze phenotype and making its way north to New York as part of the East Coast’s Haze fascination in the early ’90s. The mix of young and old genetics is like hearing Kanye West sampling a Sam Cooke song, giving us the best of both generations.

Hazelnut Cream hasn’t taken root in Colorado yet; Verde Natural is the only Denver dispensary to currently grow it in-house. And it’ll be hard for anyone else to follow suit: The East Colfax pot shop has set the bar extremely high with its lip-smacking, sugar-coated cut of this milky delight. The good news: Verde is also a wholesale grower, so you might find Hazelnut Cream at one of around thirty dispensaries in Colorado that carry the line. The bad news: At $50 an eighth, it ain’t cheap.

Looks: Speckled like a flocked Christmas tree with trichomes, Hazelnut Cream has frosty, thumb-sized buds that look very similar to those of its Cookies and Cream parent. Despite having more of a sativa influence in effect and smell, its nugs are compact and dense.

Smell: Sweet, tart and creamy, the scent combines sour and milky aromas for something much more luscious than rancid, like a lemon custard with shaved almonds. Not funky like Cheese strains, but sweet and velvety, Hazelnut Cream couldn’t have its pun-filled name without such an incredible aroma.

Flavor: Much like its smell, the strain’s flavor is as tasty as it is powerful. Strong enough to shine through a blackened pipe, identifiable notes of nuts, cream and citrus taste more like dessert than dank, with just a slight skunky flavor on the back end giving it away.

Effects: Be prepared for a specific but enjoyable Haze high. With an amplified potency thanks to its Cookies influence, Hazelnut Cream can be both euphoric and disorienting after one or two hits. Low-tolerance users are likely to experience the standard absent-minded effects of hungry, happy, sleepy — and so will potheads. Medical patients have used it for anxiety, eating issues and stress disorders, as well as minor pain.

Home grower's take: “I highly doubt that this is available anywhere in Colorado in clones, at least in dispensaries, but you can order the seeds online — that’s what I did. It takes patience and requires some experience, but it’s worth it if you have the room. The smell is amazing — even my wife, who doesn’t like the smell of weed, enjoyed it — and so is the taste. But if you’re not prepared to intently take care of something for more than three months, then don’t bother. It takes nine weeks to flower, and that’s not even counting the veg room and germination.”