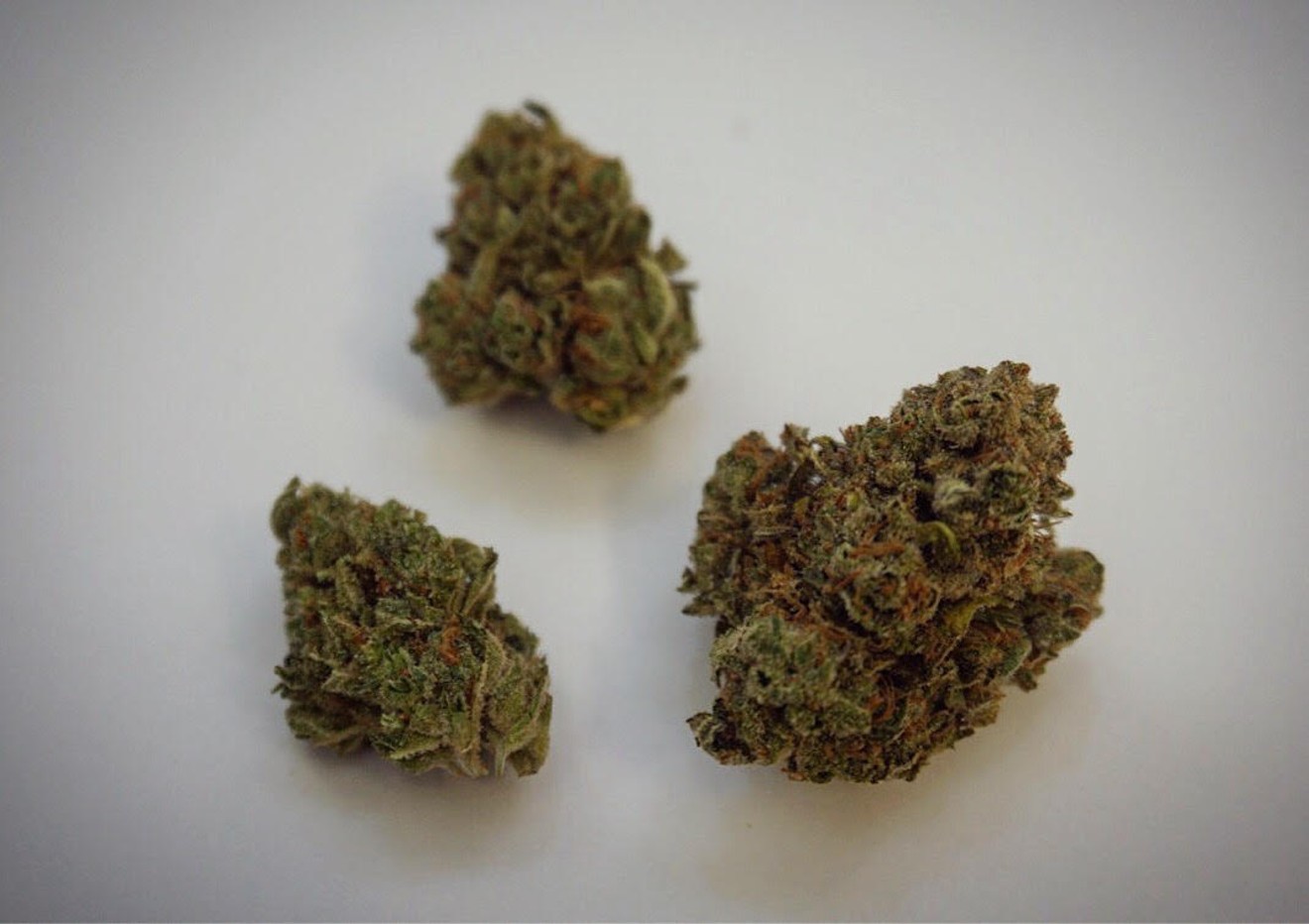 Jamaican upper crust: Lamb’s Bread. Herbert Fuego
I don’t smoke pot with my dad, but I wish I did. It would be fun to get perspectives on cannabis strains from a man who enjoys his coffee black and his beer cold, with very few exceptions. Not one to spice things up that are fine the way they are, my old man would be a fan of Lamb’s Bread if he ever picked up the pipe — just as I imagine every no-bullshit person would.

This classic strain doesn’t need any exotic flavors or frills to demand your respect. Commonly — but mistakenly — referred to as “Lamb’s Breath,” Lamb’s Bread is an old-school sativa hailing from Jamaica. Its actual origins are mysterious, but it might as well be a landrace sativa, because the high is one of the cleaner you’ll come across. The strain’s woody, sour notes are uplifting and straight to the point, just like its effects. However, smoking it on less than a full eight hours of sleep can lead to drowsiness once the high wears off. And just because the fifty-and-up crowd might like Lamb’s Bread doesn’t mean you won’t, too. Light up a joint of this Jamaican jolt with your favorite AARP member, head over to a 4:30 p.m. fish fry, and finish it off with a pint of butter pecan ice cream before calling it a night. If that doesn’t scream #luxury, then what does?

Lamb’s Bread was popular on the street in the ’90s and early ’00s, though commercialization hasn’t embraced it like it has other seasoned strains. As a result, Lamb’s Bread might be easier to find on the street in other states than in Colorado dispensaries, but a few pot shops around town still carry it. The Dab Co., Denver Kush Club and Good Chemistry all currently sell the strain, and Botanico has sold it in the past. All of the stores listed sell it for $40 an eighth or less, but Good Chemistry seems to have grown it the most consistently, with a funky, woody smell and giggly but controllable high.

Looks: Lamb’s Bread buds have open, fluffy calyxes like a traditional sativa. Although they can get fat and round, the nugs are usually long and cone-shaped, with little density. Color is pretty generic, with light- to forest-green buds, moderate milky and amber trichome coverage and rusty-orange pistils.

Smell: While some connoisseurs might disregard the smell of Lamb’s Bread because of the lack of sweet, citrus or earthy notes, it still carries scents that non-stoners would like. Spicy, cheesy and skunky scents with hints of wood dominate; think Bubba Kush, but with less chocolate and coffee and more spice.

Flavor: Its taste won’t wow you or win any awards, but the strain can be pleasant on the palate. Potentially pleasing to fans of savory strain flavors like hash, coffee and sandalwood, Lamb’s Bread starts with spicy, woody notes reminiscent of rye, but then falls into a creamy, hash-flavored back end.

Effects: Lamb’s Bread’s uplifting high is more clear than those of popular sativas such as Haze strains and even landraces like Durban Poison. A great daytime smoke for potheads and medical patients alike, the sativa is great for exhaustion, stress, anxiety and headaches, as well as for amplifying creativity and decreasing social inhibitions.

Home grower’s take: “For all the hype that Jamaica gets for its buds, I’ve never been impressed by the genetics coming out of there, especially the shit that’s grown in Amsterdam. I’ve always been fine with Lamb’s Bread, though. Solid sativa you could smoke all day without getting too stoned. Quick yielder, too — no more than seven, eight weeks tops in bloom. They like to stretch, too, so don’t be scared once they start getting taller. Lamb’s Bread will never be as popular as it was ten, twenty years ago, but maybe it’ll make a comeback when people are less obsessed with killer potency and intense effects.”