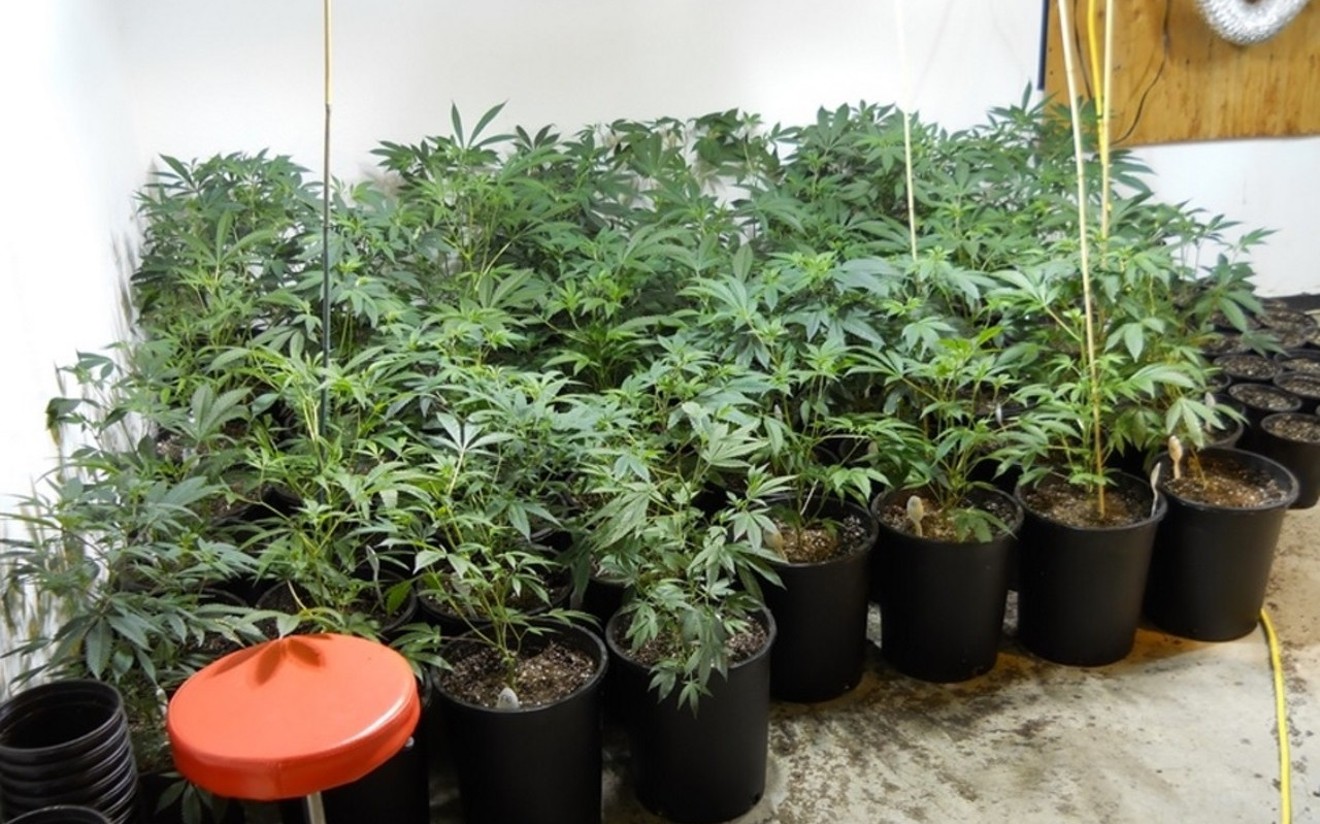 During a press conference on May 24, Jason Dunn, the U.S. Attorney for the District of Colorado, discussed the two-year investigation that included nearly 250 location searches in eight counties across the state and led to  42 arrests after raids over the last three days.

"To be clear, these grows are not ones that were otherwise legal under state law. These are pure black market," Dunn said. "We want people to know these grow operations are not occurring in abandoned houses or poorer parts of the metro area. These are happening in middle- and upper-class neighborhoods, [where] many of us live and raise families."

The investigation was a collaborative effort of the Drug Enforcement Administration, Dunn's office, several Colorado district attorneys and over thirty local sheriff and police departments. Over 80,000 marijuana plants, 41 homes, 25 vehicles and more than $2.1 million were seized during the busts. Dunn declined to reveal whether those arrested were all part of the same criminal enterprise, citing an open investigation.

Sixteen of the defendants are facing federal charges, while the other 26 will be tried in state courts. The majority of the grows had more than 100 plants, Dunn said, and eleven defendants were charged with growing 1,000 plants. None of the arrested individuals had medical marijuana patient or caregiver cards, he added. U.S. Attorney Jason Dunn described a two-year investigation into illegal marijuana growing that culminated in 42 arrests.
Thomas Mitchell
While industry reports claim that Colorado has the smallest black market for marijuana of any state in the country, Colorado district attorneys Dave Young and George Brauchler believe otherwise. During the press conference, both DAs said that recreational pot legalization has led to a rise in large-scale criminal growing operations, taking advantage of state laws that allow individuals 21 and older to grow up to twelve marijuana in their homes to disguise the grows.

"It's clear that when Amendment 64 passed, this is not what the voters had in mind when they legalized marijuana in Colorado," said Young, the DA for the 17th District of Colorado, calling the state a "hub" for illegal pot activity. "We have put a big dent in that hub today."

In an interview in 2018, previous U.S. Attorney Bob Troyer said that federal authorities were investigating criminal operations from China and Cuba that were gutting homes, stealing utilities and growing illegal marijuana in the Denver suburbs; Brauchler and DEA special agent Tim McDermott confirmed that individuals from both countries were among the 42 arrested.

"[Colorado] did not vote for the wild west of weed, and that's what we are becoming," said Brauchler, the DA for the 18th District of Colorado. "This is not an urban issue. This is a suburban and rural issue that grows out of Amendment 64."

Brauchler said he's frustrated by the amount of resources that law enforcement within his jurisdiction has spent on fighting illegal marijuana cultivations; his office has had to hire an extra prosecutor specifically for illegal marijuana grows, he noted.

"There are parts of this state, and I represent them, that did not vote for Amendment 64 but are bearing the brunt of the growth of the black market that was generated from it," Brauchler added. "For all the other states going down this same green, green-brick road: if you legalize marijuana and allow it to be grown in homes, this is what you can expect to happen."
KEEP WESTWORD FREE... Since we started Westword, it has been defined as the free, independent voice of Denver, and we'd like to keep it that way. With local media under siege, it's more important than ever for us to rally support behind funding our local journalism. You can help by participating in our "I Support" program, allowing us to keep offering readers access to our incisive coverage of local news, food and culture with no paywalls.
Make a one-time donation today for as little as $1.