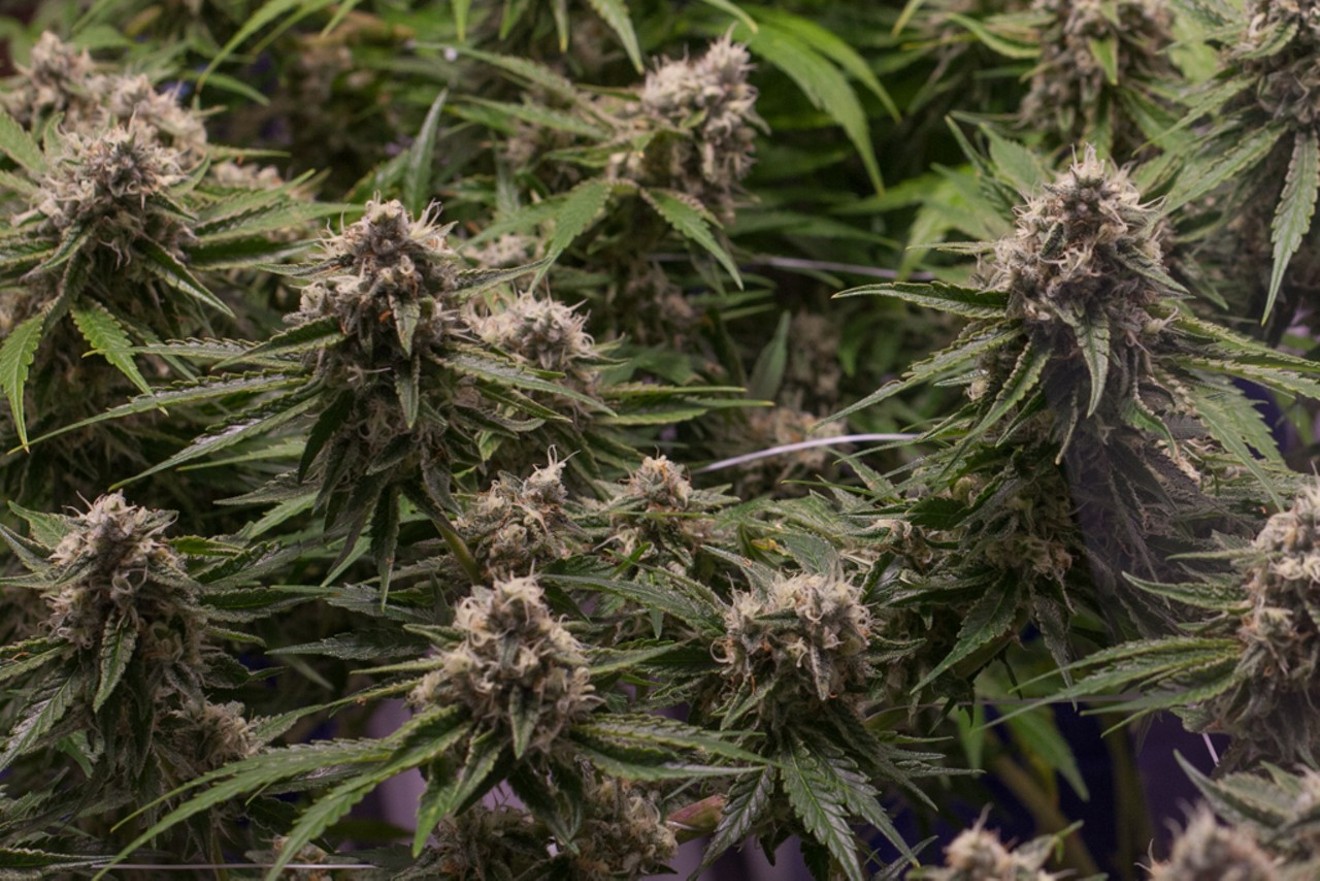 Jacqueline Collins
Nine marijuana dispensaries in Colorado have issued recalls over mold and yeast concerns after a software error in the state Marijuana Enforcement Division's inventory tracking system displayed incorrect testing status, according to a November 22 announcement from the MED.

The MED, which regulates and enforces Colorado's pot industry, tracks every cannabis plant and product from seed to sale through METRC marijuana tracking software. According to the recall notice, a METRC software update conducted between October 21 and November 13 caused a glitch in the system, resulting in nine contaminated batches of marijuana flower and trim being sent to dispensaries around the state.

According to MED spokesperson Shannon Gray, the nine recalled batches of marijuana weren't the only batches of pot sent out during the time the glitch occurred, but they're the only incorrectly labeled batches of plant matter that actually failed testing of which the department is aware.

"Many of the licensees caught it themselves. It wasn't very widespread," Gray says, adding that she doesn't know of any other incorrectly labeled marijuana products that failed testing for mold, pesticides or other contaminants.

Green Dragon
930 West Byers Place, Denver
Failed strain: Snowball Harvest
Production number: 403R-00182
KEEP WESTWORD FREE... Since we started Westword, it has been defined as the free, independent voice of Denver, and we'd like to keep it that way. With local media under siege, it's more important than ever for us to rally support behind funding our local journalism. You can help by participating in our "I Support" program, allowing us to keep offering readers access to our incisive coverage of local news, food and culture with no paywalls.
Make a one-time donation today for as little as $1.