Bomb Cyclone Ruins Dispensary's Opening Day, but Not the Plants 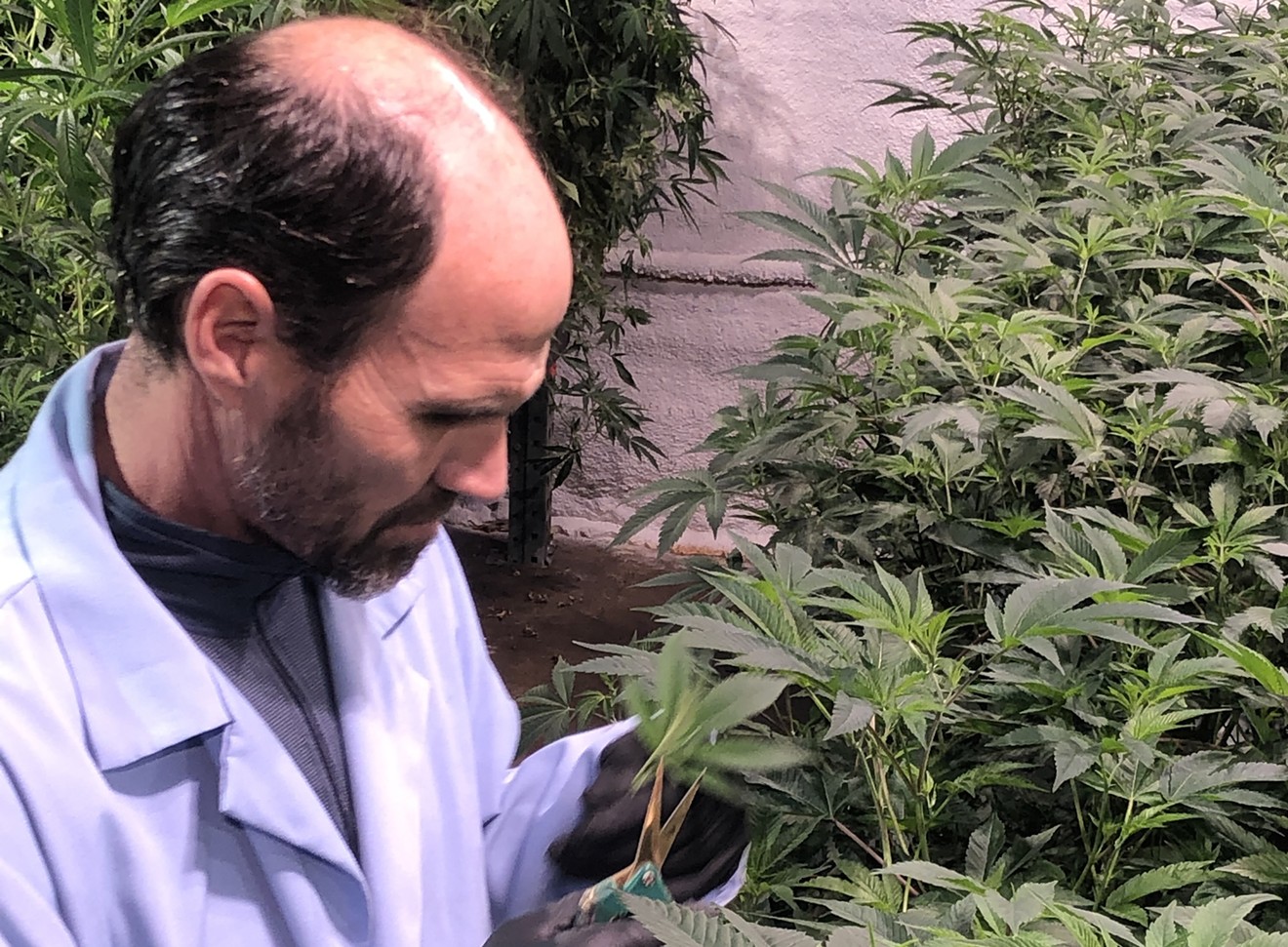 Prima Cannabis co-owner Ron Stevens cuts clones in the company’s new cultivation on Ivy Street. Courtesy of Oakland Childers
Putting up with the bomb cyclone's harsh conditions and power outages made March 13 a tough day for everyone. But how many of us happened to be opening the doors of a new business that day?

In a true perfect storm, the team behind Prima Cannabis Co. had chosen March 13 as opening day for its second dispensary in the area. And according to co-owner (and occasional Westword music contributor) Oakland Childers, power outages were just the start of Prima's troubles.

"We knew it wasn't going to be a good day, so we decided to open at 10 a.m. instead of 9 a.m., thinking that would give us some time to assess the weather and decide to stay open," he remembers. "Our Edgewater location went just fine, but we had all sorts of problems with the new location."

That location, in a former Denver Clone Store at 4571 Ivy Street, started experiencing power outages before noon, just as employees were trying to upload the store's inventory to Colorado's cannabis-industry tracking system. State regulations only allow inventories to be uploaded once the business opens, Childers notes, and every power flicker restarted the inventory software database — requiring employees to begin again from scratch.

Prima wasn't alone in having problems. Dozens of dispensaries had to close their doors because of power outages and safety concerns on March 13...and beyond. While Prima's new store was able to reopen on March 14, that wasn't the case for every dispensary. For example, The Herbal Cure's power remained out for more than a day, and the dispensary couldn't reopen until today, March 15.

But the cannabis industry faced an even larger challenge than the loss of a day or two of business: protecting its growing operations. "We have a grow attached to the dispensary," Childers explains. "Yield can be significantly affected if plants get cold for too long. If that lasts more than a day, then it becomes a real problem."

So Childers and Prima employees, some of whom were on their first days at work, brought propane heaters into the grow to keep the plants warm. "We had to hustle, because we knew we only had a little time before things got really, really bad — and it looked like we avoided any bad long-term effects," Childers says.

Let's hope Denver's 270-plus other indoor cultivations were just as lucky.
KEEP WESTWORD FREE... Since we started Westword, it has been defined as the free, independent voice of Denver, and we'd like to keep it that way. With local media under siege, it's more important than ever for us to rally support behind funding our local journalism. You can help by participating in our "I Support" program, allowing us to keep offering readers access to our incisive coverage of local news, food and culture with no paywalls.
Make a one-time donation today for as little as $1.