Unsplash/Element5 Digital
A ballot initiative proposed by a group of state legislators and public-education support groups calls for a $150 million new learning-enrichment program that would provide tutoring and after-school education services for Colorado children.

Funding for the program would come from a marijuana sales tax increase as well as the repurposing of a portion of investment revenue derived from leases, rents and royalties paid for state-owned lands. Diverted revenue from state-owned lands is estimated to cover around $60 million, and the remaining funds — expected to be about $90 million — would come from a 5 percent tax increase in recreational marijuana sales, according to Mike Johnston, former gubernatorial candidate and current CEO of Gary Community Investments, a nonprofit organization that advocates for low-income children.

As currently written, the LEAP program's benefits would be prioritized for families earning between $25,000 and $50,000 a year. While the money would be available throughout the year, Johnston would like to see a strong emphasis on summer education, something he believes "accounts for a lot of the achievement gap" among Colorado kids.

"One of the things we've been focused on, even before COVID, was the summer slide. When it comes to after-school experiences or summer opportunities, low-income kids drop off dramatically," he explains. "Upper- and middle-class families are enriching their kids' lives in waves that keep them progressing."

Institutions like the Boys & Girls Club and YMCA already have services that would qualify, he points out, and public school teachers could earn extra money by providing tutoring after school ends. 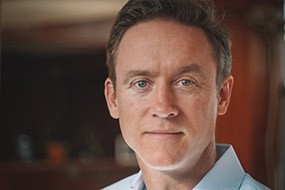 Mike Johnston
garycommunity.org
According to Johnston, representatives of the marijuana industry were consulted during the drafting of the measure; he characterizes the conversations as "positive and open," but acknowledges that a 5 percent increase in recreational marijuana sales taxes may not be universally accepted.

"They understand what we're after, [and] they're supportive of the idea we're trying to get done," he says of the marijuana-industry reps. "But they obviously have a business to run."

If applied to 2020's sales figures, a 5 percent marijuana tax increase would yield just short of an extra $80 million, according to state Department of Revenue data. With 2021 pot sales already off to a very hot start, it's possible that pot sales could cover $90 million of the program.

But some marijuana business leaders worry that their industry has become an open financial well for projects around the state.

"We'd have to look more into the ballot initiative before taking a position. Generally speaking, though, we're seeing increased efforts to use the cannabis consumer as the piggy bank for state and local budget woes," says Peter Marcus, spokesman for Boulder-based dispensary chain Terrapin Care Station. "It's important that we maintain cannabis tax rates that won't empower a black market. Cannabis is already taxed at a high rate; at some point, we're going to wake a dormant black market if we continue to tax cannabis consumers to fix local and state budget holes. State and local leaders should be working to fund long-term sustainable solutions for our budget problems, not Band-Aid fixes on the backs of cannabis consumers."

Colorado currently imposes a 15 percent special tax on recreational marijuana sales. If approved, the ballot initiative would raise that to 20 percent, not counting local and district taxes, which can combine to 10 percent or more.

Amendment 64, which Colorado voters passed in 2012, promised that some of the sales taxes from the sale of legal recreational marijuana would go to education; around 12.6 percent of marijuana tax revenue collected at the state level currently goes directly to the State Public School Fund. Marijuana Industry Group director Truman Bradley points out that additional marijuana revenue funds the state's Building Excellent Schools Today (BEST) fund and youth substance-abuse prevention programs.

"MIG members certainly support the general goals of the initiative and applaud the proponents for trying to find creative ways to help at-risk kids," he says. "Our board hasn't met since the announcement, so we don't have a formal position as an association on the nature or the amount of the tax."

The initiative was filed this week with the State Legislative Council; it's expected to go before the state Title Board later this month. If the language is approved by the Title Board, Johnston and his allies — a list that includes the Donnell-Kay Foundation as well as state senators Rhonda Fields and Bob Gardner — will begin collecting the 124,632 verifiable signatures required to get the proposal on the November 2021 ballot.
KEEP WESTWORD FREE... Since we started Westword, it has been defined as the free, independent voice of Denver, and we'd like to keep it that way. With local media under siege, it's more important than ever for us to rally support behind funding our local journalism. You can help by participating in our "I Support" program, allowing us to keep offering readers access to our incisive coverage of local news, food and culture with no paywalls.
Make a one-time donation today for as little as $1.