Six Pressing Marijuana Issues at the State Legislature in 2023 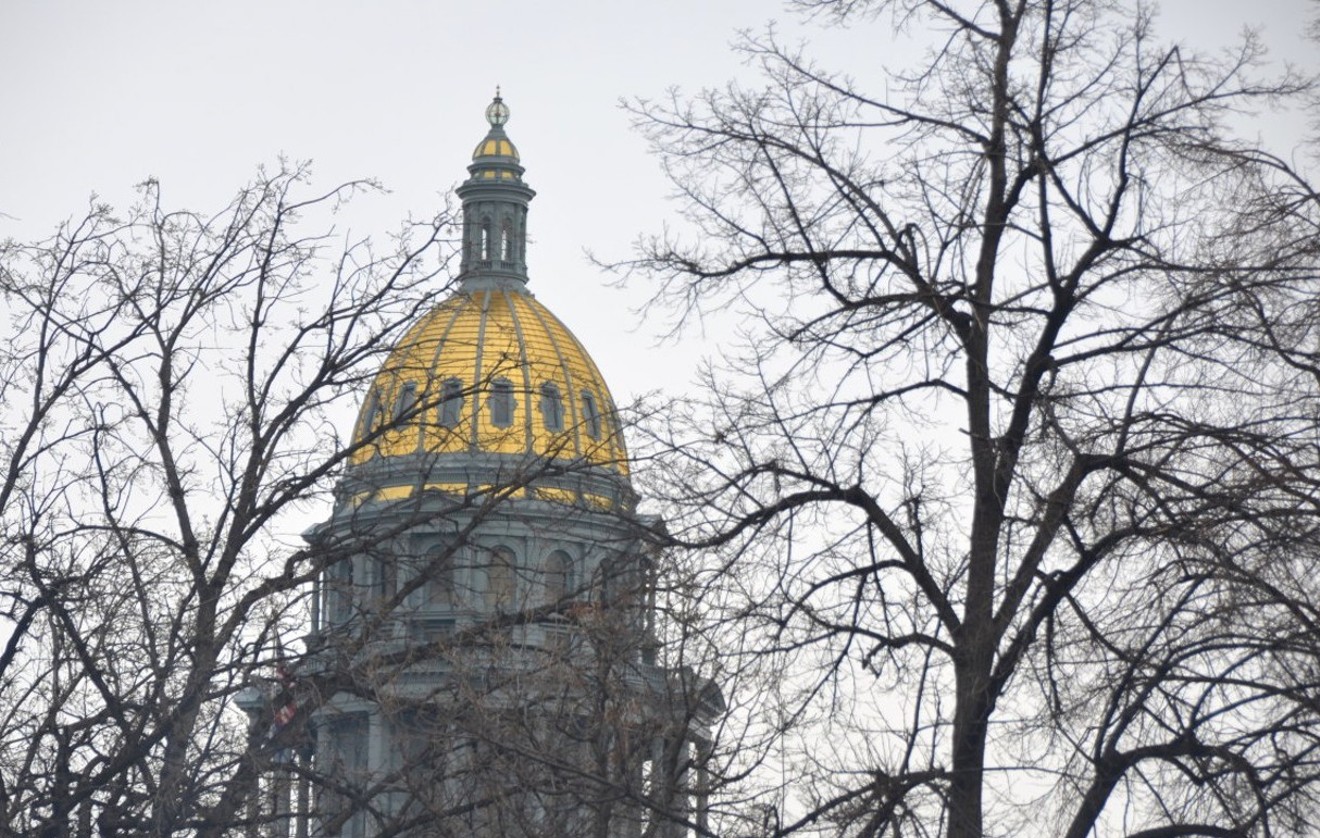 The Colorado State Capitol will host a handful of cannabis debates in 2023. Lindsey Bartlett
The Colorado Legislature convened its 2023 session on January 9, and marijuana stakeholders will be watching the action closely.

Proposals regarding the potency of commercial marijuana products, declining pot tax revenue and intoxicating hemp products are all in the works at the Capitol. Whether the bills show up soon, months into the session or never, there will be conversations both public and private on these six topics:

Commercial Marijuana Potency
The legislative debate over legal marijuana potency took a short break in 2022, but stakeholders expect it to return this year in at least two forms. On the pot lobby side, there is a desire to push back against some of the limits imposed on medical marijuana patients by House Bill 21-1317, which cut daily marijuana concentrate purchasing limits from 40 to 8 grams. There are murmurs of a bill that will aim to increase the daily allowance of concentrate purchases without changing a patient's monthly limit, with other purchase and possession extensions also on the table.

Not only will that bill face opposition from supporters of HB-1317, who argued that extracted marijuana products are contributing to a youth mental health crisis, but there could be legislation introduced to further restrict retail purchases. The original version of HB-1317 intended to limit all marijuana products, medical and recreational, to 35 percent THC, and something similar could be drafted soon. Whether it's formally introduced is a different story, because sponsors of the 2021 bill, former state representatives Yadira Caraveo, now a U.S. Representative, and Alec Garnett, Governor Jared Polis's new chief of staff, have both left the legislature.

Less Tax Revenue
Sure, $330,000,000 is a lot of money, but Colorado lawmakers have gotten accustomed to a certain standard of funding for their bills and pet projects. And after record highs in 2020 and 2021, marijuana tax revenue is on track to drop nearly $100,000,000 in 2022, a 20 percent dip (December's figures are still being tallied, according to the state Department of Revenue). The drop is expected to continue through 2023 and into 2024 as dispensary sales and wholesale marijuana prices struggle, state economic forecasts show.

Social Equity
Colorado lawmakers began addressing social equity in the marijuana industry in 2020, crafting definitions and qualifications for preferential pot licensing for entrepreneurs from communities that were impacted by the War on Drugs. Since then, a handful of local governments, including Denver's, have followed suit, and Colorado has created a state office to disperse technical help and grants for social equity businesses. However, Colorado's pot industry is currently in a recession, and social equity marijuana entrepreneurs have largely been confined to delivery businesses, which account for just a sliver of legal marijuana sales.

Marijuana social equity activists are prepping bill language that could make the state's social equity licensing qualifications more specific, and there are rumors of a push for a new form of delivery license that would allow social equity operators to deliver marijuana to customers without involving a dispensary, as current laws require.

Intoxicating Hemp
Bear with us on the scientific breakdown, because this ironic development resulting from hemp's federal legalization has drawn a battle line between the marijuana and hemp industries. A variety of hemp plants have been selectively bred to produce low amounts of THC and high amounts of CBD, a non-intoxicating cannabinoid with medical benefits. However, CBD can be modified into different isomers of THC, including forms that aren't explicitly banned by the federal government. That loophole led to "newer" forms of THC like Delta-8 and Delta-10 THC that are technically derived from hemp and are popular on the internet in their own right. Some hemp and CBD companies are even bolder, selling Delta-9 THC edibles and capsules under the argument that they are less than 0.3 percent THC by dry weight.

Almost ten years into a strict and complicated licensing system, legal marijuana businesses are concerned about the unregulated competition, with products that can be sold online and at non-dispensary retailers. The marijuana industry lobbied for tight guardrails on extracted hemp products last year in response, with a compromise bill resulting in a scientific work group that will make recommendations to lawmakers this year. Based on what we've heard about those meetings, you might want to get your popcorn ready.

Online Payments
Colorado allows dispensaries to take online pre-orders, but customers are still required to pay upon arrival or shop at a handful of stores employing third-party ordering services that require personal bank information and account balances, and usually charge ATM fees. A bill that would've allowed dispensaries to take online payments was killed in 2021, a victim of a larger debate on marijuana potency and child access at the time, but there is hope within the pot industry that a similar measure will be introduced this year.

Telemedicine
Executive orders from Governor Jared Polis during the COVID-19 pandemic allowed doctors to conduct medical marijuana consultations via telemedicine in 2020 and part of 2021, but the service was eventually banned again. Although telemedicine is allowed for doctor consultations in Colorado, medical marijuana telemedicine visits are banned under state law. Medical marijuana doctors have continued asking lawmakers to make medical marijuana telemedicine permanent in Colorado since the executive orders ended, however, and there is hope in the medical marijuana space that a bill will address that this year.
KEEP WESTWORD FREE... Since we started Westword, it has been defined as the free, independent voice of Denver, and we'd like to keep it that way. With local media under siege, it's more important than ever for us to rally support behind funding our local journalism. You can help by participating in our "I Support" program, allowing us to keep offering readers access to our incisive coverage of local news, food and culture with no paywalls.
Make a one-time donation today for as little as $1.