The Twelve Best Songs About Weed 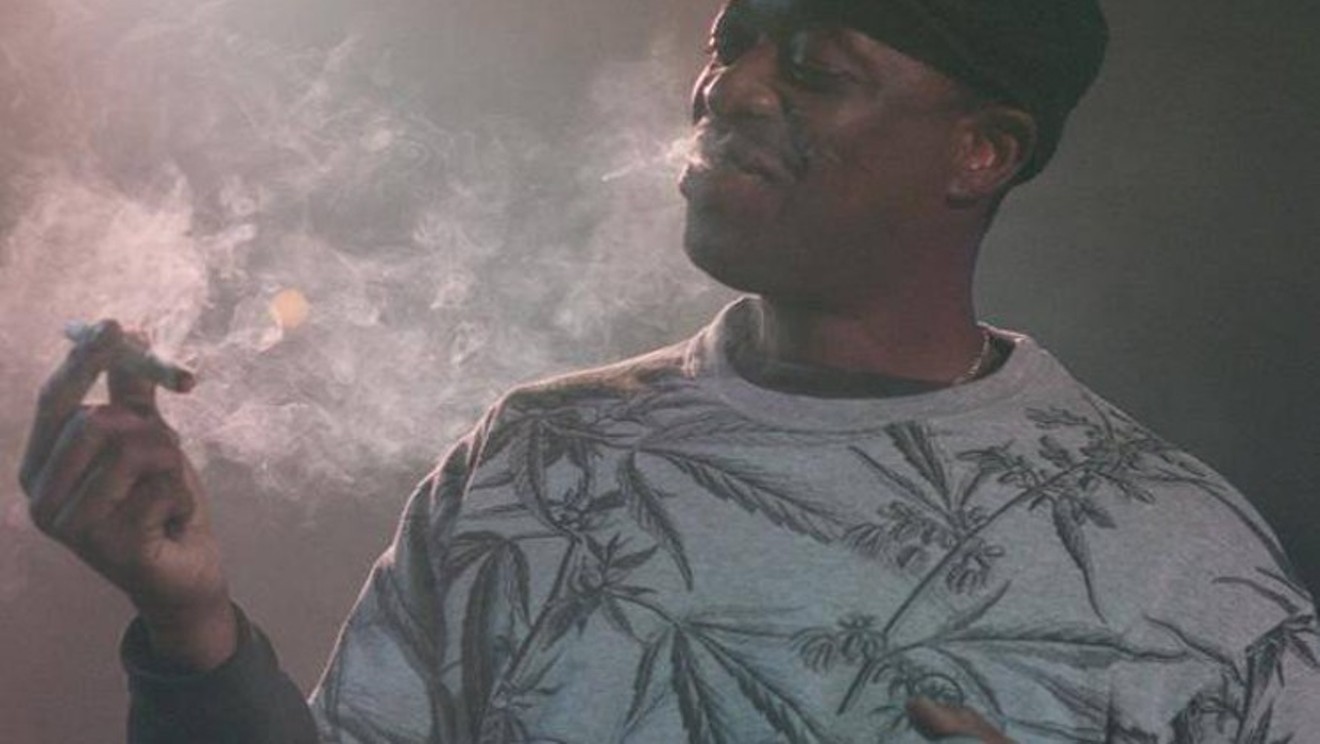 Devin the Dude. Westword archive
Unless you're into mosh pits or heavy bass, no substance accompanies music better than marijuana. Plenty of musicians are known for singing about their love of ganja, which left us wondering: What are the best THC tributes? Sure, there's the cannabis canon of Snoop Dogg and Willie Nelson that comes to mind. But we wanted to dig deeper for the best beats about buds.

Below are twelve of our favorite songs about weed. You can disagree. You can make a fuss. You can make your own list. But as your anger rises because your favorite Kottonmouth Kings track didn't make it, twist one up and listen to one of these. The nostalgia will ease your pain before you know it.

"Mary Jane," by Rick James
Although it might be a bit diluted now thanks to Rick James's appearances on Chappelle's Show and multiple remixes and samplings of the song (213's remix is worth a listen), it's hard to disagree with the Super Freak's confession of love for his mistress. I've said the same thing many times. "I'm in love with Mary Jane. / She's my main thing. / She makes me feel alright. / She makes my heart sing."

"I Got 5 On It," by Luniz
We can only hope the young people of today continue to bump this cannabis classic as they begin to experiment with the plant – and practice what this song preaches. Luniz, a duo known for little else beside this hit, combines West Coast hip-hop and the process of collecting a few bucks from your friends for herb to create a stoner anthem all of us can relate to: QUIT BEING A MOOCH!

"Champagne & Reefer," by Muddy Waters
I was a little heartbroken to find out the father of modern Chicago blues didn't play this during the '40s as he started strumming strings in his native Mississippi or eventual home in the Windy City, but "Champagne & Reefer" is still a timeless homage to the plant for anyone who likes the blues. Waters, who recorded the song less than three years before his death in 1983, even advocates for the plant's health benefits in the song's lyrics: "Well you know there should be no law / on people that want to smoke a little dope. / Well you know it's good for your head / And it relax your body don't you know."

"Doobie Ashtray," by Devin the Dude
Devin the Dude has been rapping and crooning about his love for blunts since his debut album in 1998, making regular stops on his tours in pot havens like Denver, Amsterdam and Barcelona. My first introduction to the Dude was on a DVD recording of Dr. Dre and Snoop Dogg's Up in Smoke Tour, long before I even tried cannabis. Once I did, though, he became a regular on my puffing playlists, with his new songs continuing to make potheads smile. "Doobie Ashtray" is one of his most popular songs, speaking on the lows of discovering that your stash is gone.

"Smoke Two Joints," by Sublime
I'd be remiss to not include at least one Sublime song here. Many of us went through our Sublime phase before we were old enough to puff, but the band's timeless mix of reggae, ska and hip-hop will remain stuck in the back of our heads for the rest of our lives. Although "Garden Grove" and its rendition of "Let's Go Get Stoned" are both perfect for an outdoor session, the band's cannabis anthem is undoubtedly "Smoke Two Joints," which counts both as a weed banger and dietary supplement instructions.

"Hits From the Bong," by Cypress Hill
Few hip-hop groups have embraced cannabis like Cypress Hill, which can claim multiple stoner anthems in its catalog; one of its members, B-Real, started his own medical marijuana dispensary in California. Hits like "Dr. Greenthumb" and "Roll It Up, Light It Up, Smoke It Up" could easily be on this list, too, but "Hits From the Bong" sticks in the head more than any of the group's other songs. The sampling of "Son of a Preacher Man" throughout the song, especially in the beginning, has a certain ring that seems to remind users of wake n' bakes and hazy rooms filled with kush clouds.