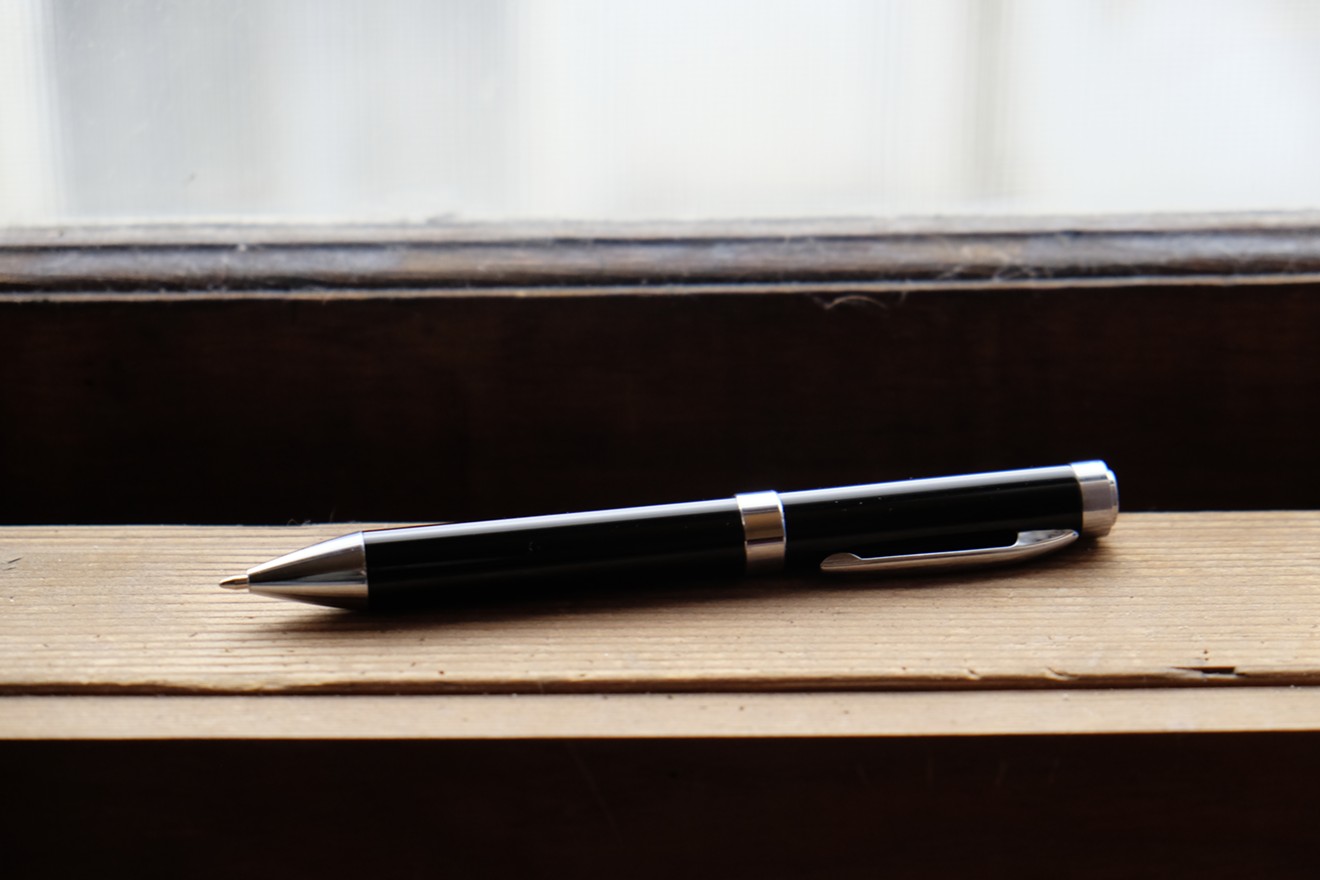 Kate McKee Simmons
For those who require discretion, functionality and style, we give you the VaePlume, an actual vape pen. The design allows users to unscrew the top, insert a cartridge of their choice and then smoke out of the top of the pen, while the bottom is a functional writing instrument.

“I’d seen a lot of vape pens that were disguised as pens that didn’t really have the functionality, so that’s what gave me the idea,” says Jake Plume, creator of the pen.

An engineer and machinist by trade, he tinkered with the mechanics for about six months, starting with the battery. “One of the first things I needed to do was find a battery that was a size that would fit into a normal pen,” he explains. 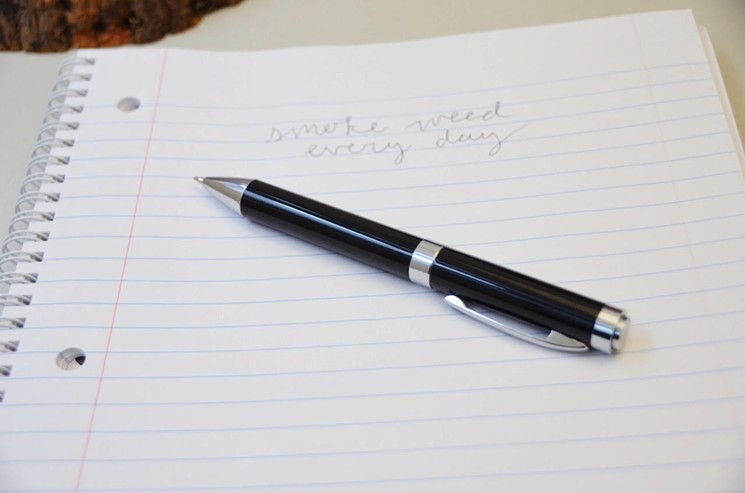 Lindsey Bartlett
For twenty years, Plume had designed and sourced parts, so he asked his contacts for advice. He then reached out to all the battery suppliers and got samples from a half-dozen. “I made prototypes with each battery, and a lot of them came out too big — either too big around or too long. They just didn’t look like real pens," he says. "But I was able to find two different companies that provide a battery with a full 280 milliamp hours, which is about the standard for that size of a battery or the standard vaping battery.”

After figuring out the battery, he began working on airflow. For this design, it was important to create airflow that would allow the user to smoke the pen without looking suspicious.

Originally, the idea was to have the airflow start at the tip of the pen, but Plume wound up creating a vent hole under the pen clip that’s so small it takes a magnifying glass and the right kind of light to see it. That hole feeds air into the space between the battery and the cartridge. There’s a science to creating enough air flow to be smokable, but the design also can’t allow the smoke to cool too much. 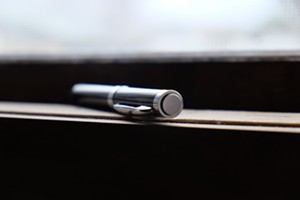 Kate McKee Simmons
Plume ultimately created the head of a pen with two notches, a circular top placed within the exterior tubing of the pen. That small crease between the exterior and the top of the pen is where the smoke comes out.

Plume says inspiration for the pen went back twenty years.

"I had a little pipe that fit into a Sharpie case, and it was a great way to discreetly carry it around. I always had that in the back of my mind," he says.

Now his pen is even more discreet. Plume says he travels extensively and has carried the pen through TSA with no problem.

The pen sells for $59.99 online and will be available in select dispensaries across the state within the next few months. VaePlume is offering a 10 percent discount to Westword readers: just use "WESTWORD10" at checkout.