How Women Can Continue Rising in the Cannabis Industry 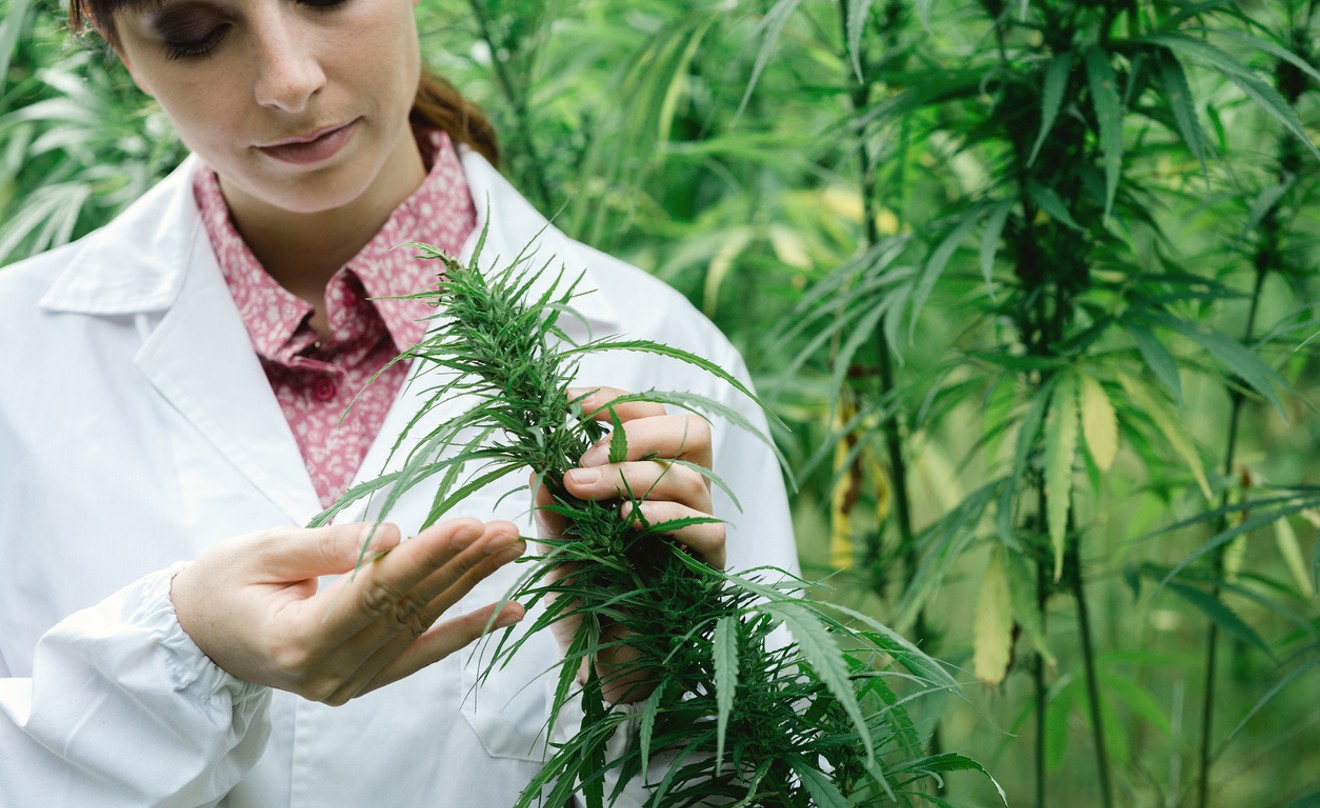 iStock/cyano66
When Windy Borman started making her documentary on women in the cannabis industry in 2015, women held 36 percent of its senior leadership roles, compared to 22 percent across all industries in the United States. But by the time her film, Mary Janes: The Women of Weed premiered at the Alamo Drafthouse in Littleton March 3 to a sold-out crowd, the latest news showed that that statistic had dipped nine points, to 27 percent.

The new number “gives the film’s call to action a new meaning,” Borman said in a panel discussion after the viewing. “Geena Davis says, 'If you can see it, you can be it.'”

And that’s what the film does: Mary Janes highlights women who work in senior roles across all divisions of the cannabis industry and what they’re doing to impact factors beyond gender parity, such as social issues like racial equality, environmental sustainability and fair policies. It doesn’t focus on the hardships or the battles women face, instead showing how they're taking control of the industry and making it their own.

When asked how women could help move that 27 percent statistic up again, one panelist and “puffragette” featured in the film says that there’s at least one area where there is room for improvement.

“You know what, ladies? We need to invest. We need investment money that comes from women,” says Wanda James, a Denver cannabis entrepreneur and activist known for being the first black woman to own a dispensary in Colorado. “I think women look at business differently. ... I’m not saying men are bad, but women are different, and now is the time for different.”

The film itself was funded through a variety of avenues, including crowdfunding, donations, sponsorships and equity investing, according to Borman.

While the numbers of women executives in weed may have dipped, there is still plenty to be optimistic about. Women across the state and the country in the film are working to make sure the cannabis industry is something that reflects their values — like Grammy-winning singer-songwriter Melissa Etheridge. Etheridge was pondering the next step in her life when she “woke up with a lump in my breast.” She researched plant medicine and started using cannabis to ease the pain of chemotherapy, and has become somewhat of a symbol of empowerment for women cannabis users since starting her own pot business and getting arrested in North Dakota for possessing a hash pen.

Another powerful puffragette on the panel was Wendy Mosher, CEO of New West Genetics in Colorado. Mosher is working to tailor industrial-hemp varieties to give farmers the best possible genomes for productive hemp crops, and Mosher believes it can be a more efficient, sustainable resource for a vast variety of products and materials.

Windy Borman's documentary premiered in Littleton on Saturday, March 3.
Courtesy of Windy Borman
One of the film's subjects, Jacqueline McGrane, says that cannabis was her “exit drug." McGrane had wanted to become a doctor for most of her life, but was found synthesizing “some interesting recreational drugs,” with one class left for her biology degree at MIT. She was kicked out of school and saw a decade of work disappear.

McGrane fell into using heroin and other drugs, then went to rehab, where she says she was given more drugs, such as Suboxone and methadone. After a year of prescription drugs, McGrane started using cannabis and noticed improvements in her addiction and overall health. “That’s when I became very passionate,” she says in the film. “I think CBD is by far the most beautiful molecule on earth.”

Now McGrane owns Cannabinoid Consulting and is a professional hash-maker. She finally gets to help people, like an eighteen-month-old baby who was having seizures every day. After using McGrane's CBD concentrate, the baby had a seizure about once every nineteen days, according to the film

A focus on wellness and health is part of what makes women in cannabis different, the film shows. During the discussion, Borman said a man had told her that women would save the industry from the “stoner culture” stereotype that can block off a large segment of consumers.

But as the industry grows, it also needs to look at the past and what it can do to rectify that stereotype. “We need to attack prohibition issues through policy,” Shaleen Title, co-founder of THC Staffing Group, says in the film. “We have the opportunity to create an industry that is equitable.”

“Until that day comes and no little black boy is having his life ruined because he had a joint, until that day, I don’t think this industry can really rest,” Mitzi Vaughn, a managing attorney for Washington-based law firm Greenbridge Corporate Counsel, says in the film.

By the time she completed the film, Borman felt that she had learned enough about weed to give it a try, putting her first experience on camera. She visited Simply Pure and bought Skunk Fairy and Sweet Mary Jane edibles before convening with five women from the film who would be her “cannabis fairy godmothers.”

“What I love, mainly, about this experience is that we’re in a safe environment; we’re around all good people," Borman says as she's shown getting high for the first time. "Sorry...I got distracted by the fire.”

The filmmaker, once afraid that weed would be a gateway drug for her because of her family’s addiction history, told the crowd in Littleton that she has now found a way to bring cannabis into her daily health routine.