Ben Makinen on JazzTown, a Documentary About Denver Jazz 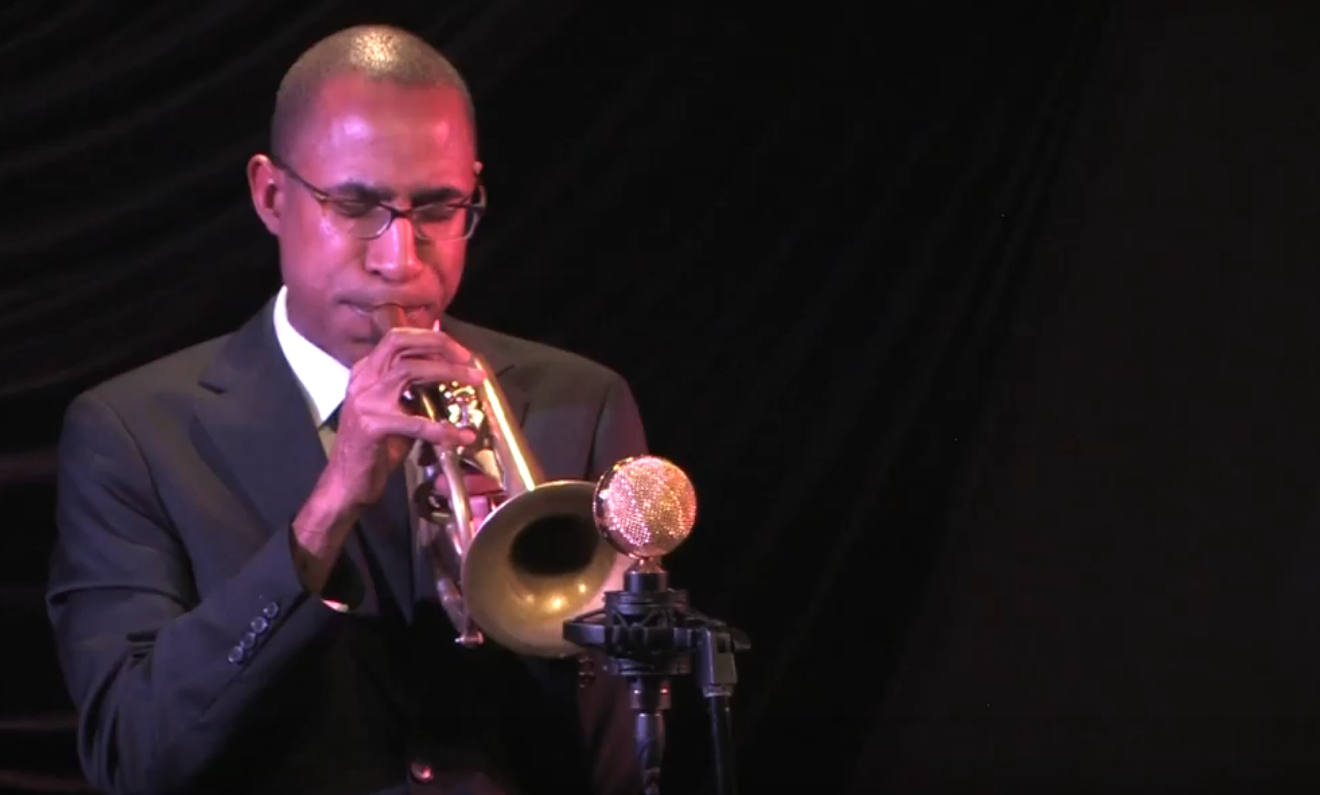 Ron Miles in a scene from JazzTown, Ben Makinen's documentary about Denver's jazz community. Ben Makinen
Ben Makinen, a professional Denver jazz drummer since the ’80s, started working on his film JazzTown a decade ago. The documentary honors the musical mentors who invited him to play with them on stage and taught him with kindness.

“As I learned more about their pasts, I felt that most would be forgotten by the jazz world after they died," he says. "Denver has generally been viewed as a cultural backwater — off the radar, as it were — certainly in the ’80s and even into the ’90s, when these musicians were keeping the art form of jazz alive here. These are some of our local music heroes — stewards of the craft who kept jazz alive and thriving in Denver while much of the world wrote us off as a cowtown.”

The film is nearly edited, and Makinen is selling virtual tickets for a rough cut that includes interviews with local jazz musicians like Freddy Rodriguez Sr., who recently died from coronavirus; Ed Battle, who died in December; Charles Burrell, who turns 100 this year; Dianne Reeves; Art Lande; Gene Bass; Billy Wallace; Ellyn Rucker; Ron Miles and others. Makinen also broadened the scope of the film to include younger players. Even former Colorado governor and music fan John Hickenlooper makes an appearance, speaking about booking jazz acts like Joe Bonner at the Wynkoop Brewing Company in the early ’90s.

“There are many musicians across at least a few generations who have been mentored by these lovely musicians,” Makinen explains. “This passing of the torch and the changing attitudes of the younger generations started to intrigue me, and I began to feel that the film would benefit from the interaction, and possible conflict, shown by engaging both young and old musicians.”

While he has national aspirations for the documentary and is hoping for a theatrical release, Makinen also wants his film to reach younger Denver jazz players and teach them about legacy musicians — in particular, about their improvisational skills.

“My mentors’ generation is also unique in that they are the last living generation of jazz musicians to have learned entirely in the streets, from the jam session, by ear, on the road, etc,” Makinen notes. “They did not have any jazz education in an academic setting — no university training. That makes their approach to music extremely different from the laboratory classroom and book-based learning that nearly every single jazz musician alive today 45 years old and under has received. These mentors represent a dying breed and an end — or at least a major shift — to the way jazz has been handed down since the late 1800s.”

Makinen's approach to JazzTown was initially inspired by Art Taylor’s book Notes and Tones: Musician-to-Musician Interviews, for which Taylor simply asked his peers, like Miles Davis and Art Blakey, to define jazz. Makinen was also inspired by informal talks he had with jazz drummer Nat Yarborough.

“He would talk to me about the way artists of all kinds used to get together just to talk, hang out and eat at friends' houses back in Philly,” he says. “He missed those times, and we agreed to kickstart that tradition back up in Denver, where it seemed that musicians only got together if they were being paid. Nat died before we made our first attempt at a gathering. I was crushed. I felt like I had failed to move quickly enough — just another one of those lovely ideas that never gets acted upon.”

So Makinen decided to immediately start filming interviews, despite having no money and using only a cheap consumer video camera. Since he started the film ten years ago, he’s taught himself nearly every aspect of documentary filmmaking.

“I did not set out to do comprehensive biographies on my mentors," he says, "but rather to showcase their musicianship and share their reflections upon a life spent making music: What is jazz, and what is the business of making jazz?”

Donate to JazzTown at Ben Makinen's website: benmakinen.com. For a $15 donation, you will receive a link to download the rough cut of JazzTown; for $30, you'll also receive a link to his short film "The Mission."
KEEP WESTWORD FREE... Since we started Westword, it has been defined as the free, independent voice of Denver, and we'd like to keep it that way. With local media under siege, it's more important than ever for us to rally support behind funding our local journalism. You can help by participating in our "I Support" program, allowing us to keep offering readers access to our incisive coverage of local news, food and culture with no paywalls.
Make a one-time donation today for as little as $1.