John Doe of X at the Lion's Lair. Jon Solomon
In a 2020 article for a series about "cities where live music has exploded," Rolling Stone turned the spotlight on Denver, proclaiming that our city is "in the midst of a huge live-music boom." Some would argue that our scene has been that way for years — and not only does Denver have its share of venues dedicated to live music, but a number of restaurants and bars around town host live music, as well. And those places have not only survived the pandemic, but in many cases expanded their offerings.

Here are our picks for the ten best bars with live-music lineups: 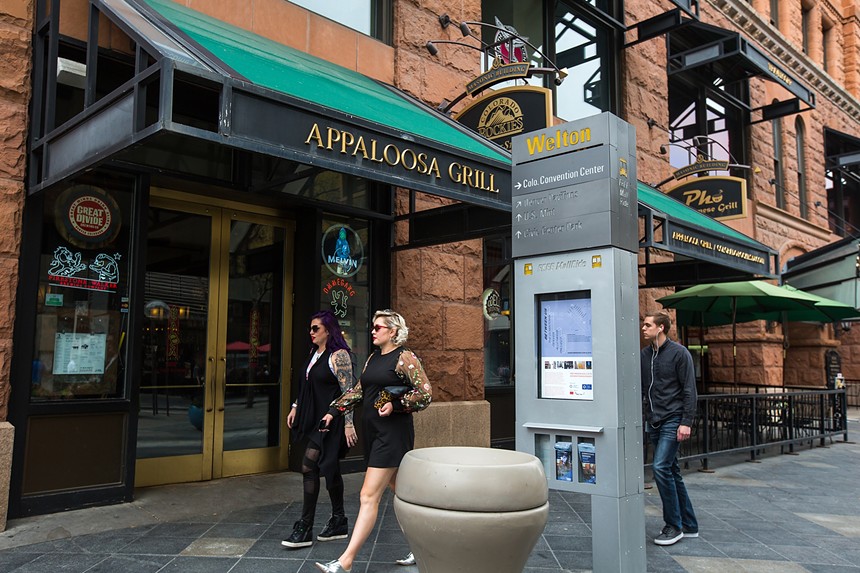 Appaloosa Grill
Danielle Lirette
Appaloosa Grill
535 16th Street Mall
Appaloosa Grill has been a staple on the 16th Street Mall for the past two decades, but it’s also been one of the few spots in downtown Denver to offer live music every night of the week. These days, a good part of the bar and restaurant's live-music program is dedicated to weekly residencies, including rock band the Westway Bells on Mondays, jazz/hip-hop act Brant Williams & Many Colors on Tuesdays, jazz trumpeter Gabe Mervine on Wednesdays and power trio Mixed Apes on Sundays, with a variety of acts on Fridays and Saturdays. There is usually no cover charge.

Dead Orchids at Goosetown Tavern, March 2017
John Koontz
Goosetown Tavern
3242 East Colfax Avenue
For many years, the Goosetown Tavern was just a great neighborhood hang, but when Chris Swank (who owns the Bluebird Theater across the street and Mezcal next door) bought it from the Wynkoop Group in 2014, he had a new stage built and new sound and light systems installed. Since then, live music has become much more of a focus, from rock and punk acts to weekly karaoke and open-mic nights. Cover charges vary. 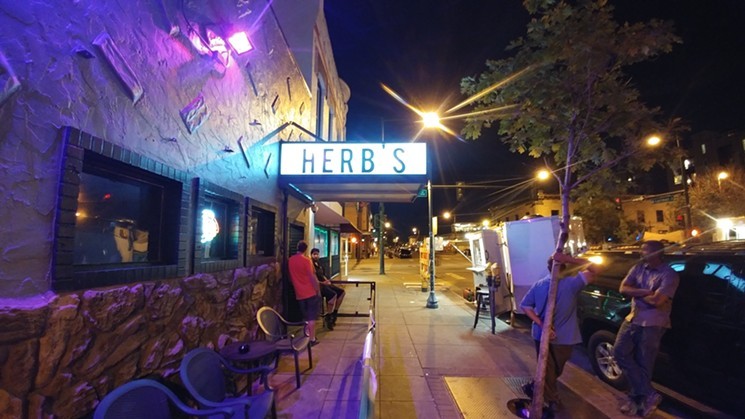 Herb's hosts live music most nights of the week.
Justin Criado
Herb’s
2057 Larimer Street
Located a block east of Coors Field, Herb’s has long been a hot spot for jazz (it’s owned by jazz saxophonist Laura Newman, who leads Alive on Arrival) and other genres such as rock, blues and funk. Jazz pianist and organist Glad Girshevich holds court on Mondays, trumpeter Gabe Mervine on Tuesdays, Diana Castro with a funk jam on Wednesdays, bassist Dave Randon on Thursdays, and a mix of acts on the weekends. There is usually no cover charge. Lincoln's Roadhouse offers more than meets the eye.
Justin Criado
Lincoln’s Roadhouse
1201 South Pearl Street
Lincoln’s Roadhouse is known for its Cajun grub, but on the weekends, live bands play in a small space next to the front door. Lincoln’s is big on the blues (Westword has named it Best Blues Club three times), and it brings in some of the area’s finest blues acts, such as Johnny O and Michael Hornbuckle, along with the occasional national act, and local rock and rockabilly bands. There’s no cover charge. 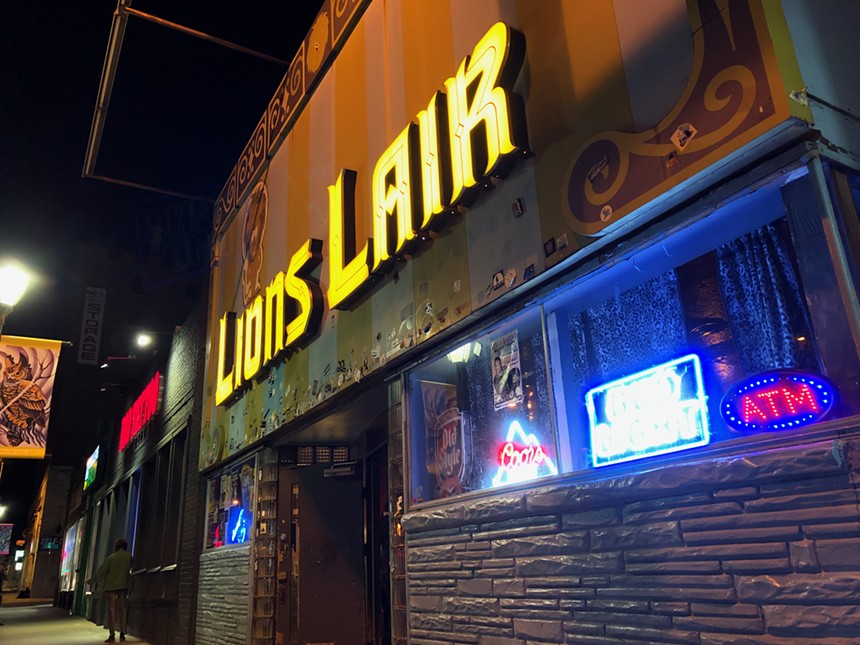 Jon Solomon
Lion's Lair
2022 East Colfax Avenue
Decades before it became the punk and rock haven it is today, the Lion's Lair was a jazz club where legends like Billie Holiday and Dexter Gordon once played. It's also got one of the oldest liquor licenses in Denver. While the storied dive bar is perfect for downing a beer or four, you can also see local bands there. Every so often, the Lair hosts big names in punk, such as John Doe or Mike Watt, and former Dead Kennedys frontman Jello Biafra occasionally puts on his own DJ dance party. 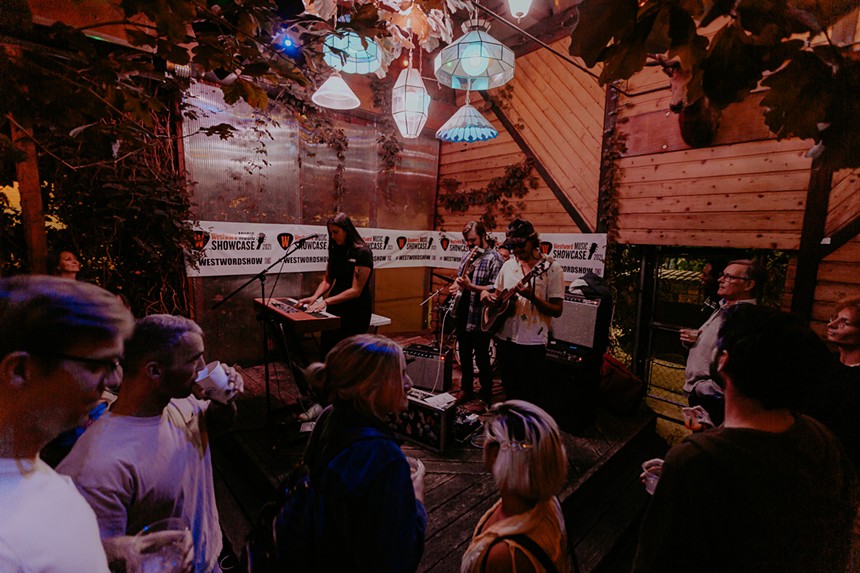 Specific Ocean performing live at the Meadowlark.
Brandon Johnson (@bjohnsonxar)
The Meadowlark
2701 Larimer Street
Nearly sixteen years ago, the Meadowlark opened as an underground bar with the intimate feel of a log cabin. Since then, the bar’s weekly jazz nights have cultivated a certain reputation for nurturing up-and-coming musicians: For starters, the Lumineers played at the Meadowlark's open-mic nights long before headlining arenas around the globe, and Nathaniel Rateliff and the Wheel played intimate sets there back in the day. These days, you can catch live bands and DJs on the weekends on the outdoor patio stage. Cover charge varies. The Roxy on Broadway in late 2020.
Paula Vrakas
Roxy on Broadway
554 South Broadway
Roxy on Broadway opened in August 2019 and was starting to hit its stride before the pandemic shut down bars, restaurants and music venues. But owner Paula Vrakas, who also owns a Roxy in California, was persistent and kept the spot going; at one point, she had musicians play from the patio to the patrons inside. There's live music most nights of the week, as well as DJs spinning at weekend brunches. Megan Rice hosts singer-songwriter open-mic nights twice a month. Cover varies. 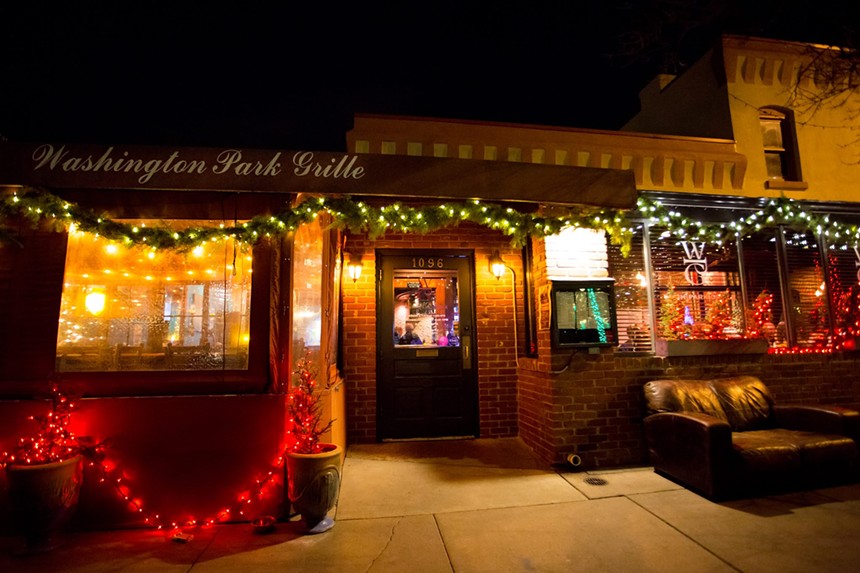 Courtesy Washington Park Grille Facebook
Wash Park Grille
1096 South Gaylord Street
Although best known as a restaurant and bar, Wash Park Grille has long hosted live music, both bands and solo artists. There's live music Thursdays through Saturdays starting at 8 p.m., with local jam musicians such as Eric Martinez and Bill McKay. According to the restaurant's website, reservations are recommended for the lounge because of limited seating capacity, but the music can still be heard from the west patio, street seating and dining room. While there’s no cover, a $10 tip for the musicians is highly recommended. 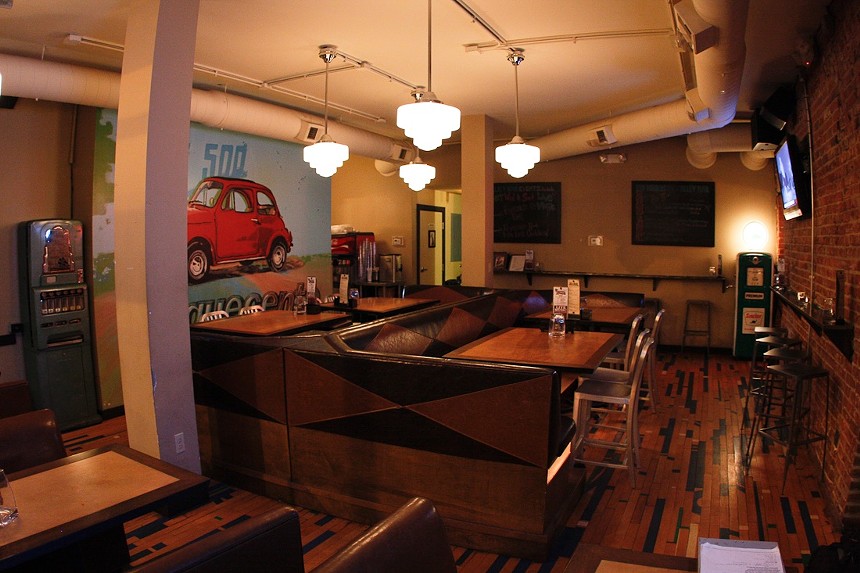 Eric Gruneisen
Zio Romolo’s Alley Bar
2400 West 32nd Avenue
The folks behind Tony P’s Pizzeria (Tony Pasquini and his mother, Judy) also operate the adjacent Zio Romolo’s Alley Bar. Once a working alleyway, Zio Romolo’s is decked out in Art Deco style, with antiques from the 1930s and ’40s, including a cash register and matchbook dispenser. The intimate spot also hosts live music most Friday and Saturday nights, with no cover charge.
KEEP WESTWORD FREE... Since we started Westword, it has been defined as the free, independent voice of Denver, and we'd like to keep it that way. With local media under siege, it's more important than ever for us to rally support behind funding our local journalism. You can help by participating in our "I Support" program, allowing us to keep offering readers access to our incisive coverage of local news, food and culture with no paywalls.
Make a one-time donation today for as little as $1.