Cheap Perfume headlined Punk Against Trump at the Marquis Theater in 2020. Kate Rose
For several decades, Denver has boasted a thriving, scrappy punk scene. Even as giant apartment complexes and condos crush the city's character, kids (and a few older musicians, too) have been forming bands to blast authority, build community and dish out irreverent music.

While there are so many great punkers in town that we'd get carpal tunnel syndrome trying to list them all, we thought we'd point out thirteen that don't suck. Here they are:

Maris the Great
Sinister Star
Maris the Great
Maris the Great, the gay zombie punk, spends his summers interviewing and subsequently “murdering” other bands, then posting the results on his not-safe-for-any-work website. He’s been kicked off the Denver Pride lineup. His band, Maris the Great and the Faggots of Death, writes and performs songs that would likewise get you fired from just about any cubicle space should you press play. Maris’s vocals recall Fang frontman Sammytown on “Berkley Heathen Scum.” Last year, Maris celebrated his twentieth anniversary of band homicides after taking a few years off. 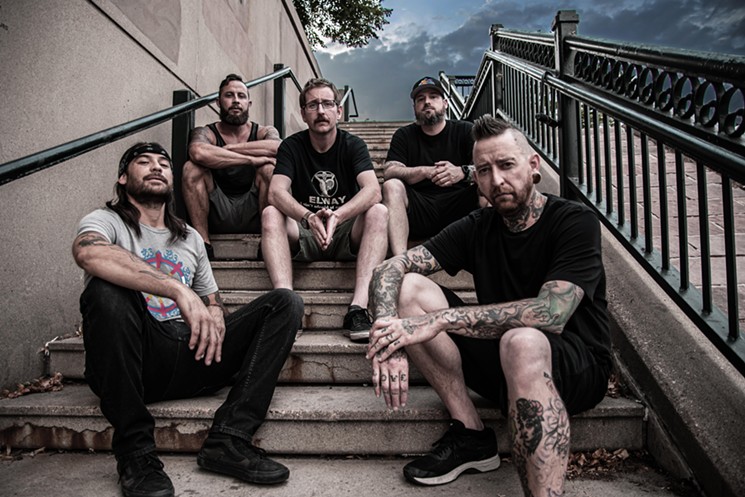 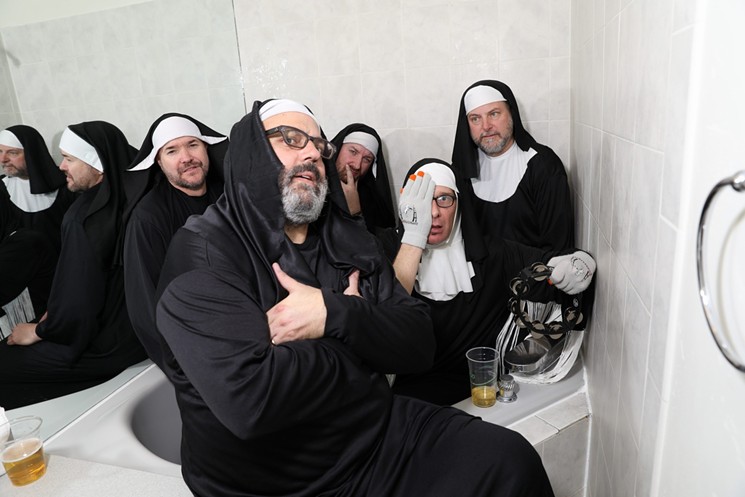 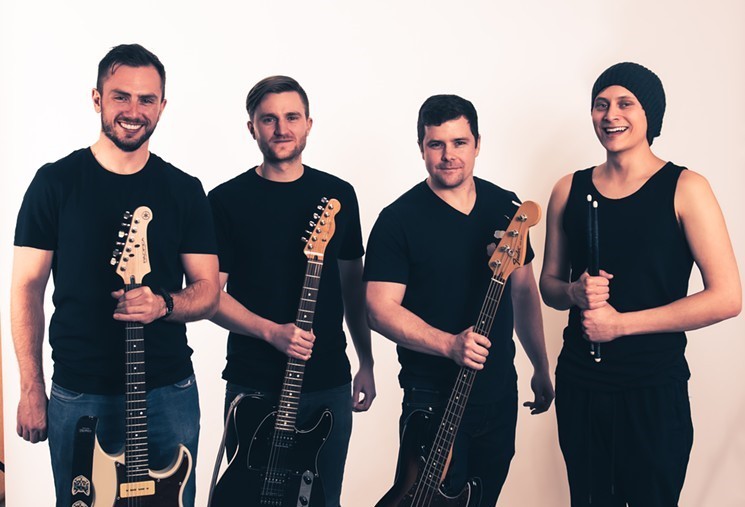 The Mazlows
Rick Kooker
The Mazlows
Members of the pop-punk quartet the Mazlows have played together off and on for years, starting the band in 2017 after they found themselves all living in Lakewood, again. Last year they released the full-length Community Locker. The Mazlows' sound evokes pop punk from the late ’90s and early 2000s and includes catchy, hook-laden anthems about girls coming or going and the lameness of one’s hometown. The outfit nods to bands like Blink-182 but makes pop punk its own.

The Man Cubs
The Man Cubs
The Man Cubs
Okay, two cover bands. The Man Cubs, made up of members of Compass & Cavern and Creature Canopy, exclusively play Disney covers, but with a pop-punk edge. The act sticks mostly to latter-day Disney songs, since some of the earlier stuff hasn't aged too well. We're looking at you, crows in Dumbo and Siamese cats in Lady and the Tramp.

Five Iron Frenzy
Melinda DiMaruo
Five Iron Frenzy
Five Iron Frenzy plays ska punk with Christian themes and socially conscious lyrics. The band, founded in 1995, has managed to garner solid fan bases in both the Christian and secular worlds. Its individual members have played in more bands than can be listed here. FIF broke up in 2003 but re-formed in 2011. The bandmates don’t always stick to straight ska or ska punk, and their 2020 album, Until This Shakes Apart, spans several genres.

Reno Divorce
JR Chavez
Reno Divorce
Reno Divorce is one of Denver’s longest-running punk bands and has its origins in frontman Brent Loveday’s old Florida stamping grounds. The act's brand of rock and roll takes inspiration from Orange County punk with a bit of twang and rockabilly swagger thrown in for good measure. The band has a double live album recorded in Germany coming out later this summer. Loveday also plays acoustic music with his side effort Brent Loveday & the Dirty Dollars.

Luke Schmaltz
Speaking of Luke Schmaltz, who fronted legendary Denver punk band King Rat for years: He’s currently playing his original songs solo with an acoustic guitar. They are loud, profane and would likely get a person arrested for disorderly conduct if they were performed busker style on a street corner. Catch him in a bar where it’s safe. Schmaltz recently published a book, too. It's called The Belcher.

Karl Christian Krumpholz
The Pitch Invasion
The Pitch Invasion plays good old hardcore punk that’s thrashy as hell and wouldn’t feel out of place in a skateboard video. The group also makes the list just for the virtue of having a kitten holding a gun to its head on an album cover for the aptly titled 2014 full-length Russian Roulette. The song “Night Stalker,” which opens with a hijacked sample of the Everly Brothers, is just kind of weird, though.

Joy Subtraction
Tom Murphy
Joy Subtraction
Joy Subtraction is a name that follows in the tradition of Jon Cougar Concentration Camp and REO Speedealer, and the noose T-shirts the band sells online seem like a rather tasteless jab at Joy Division frontman Ian Curtis, who hanged himself in his kitchen. But that’s punk rock for you. Joy Subtraction says it’s still subjecting people to its live show. Maybe you’ll get lucky and they’ll play “On Our First Date, Our Bodies Went From Aroused to Awkward After a Failed Attempt at Sexual Congress (There Was No Second Date).”

Who are your favorite Denver punk bands? Let us know at [email protected]
KEEP WESTWORD FREE... Since we started Westword, it has been defined as the free, independent voice of Denver, and we'd like to keep it that way. With local media under siege, it's more important than ever for us to rally support behind funding our local journalism. You can help by participating in our "I Support" program, allowing us to keep offering readers access to our incisive coverage of local news, food and culture with no paywalls.
Make a one-time donation today for as little as $1.