Before Dolly Parton Hit Miami, the Mint Had "Jolene" Covered 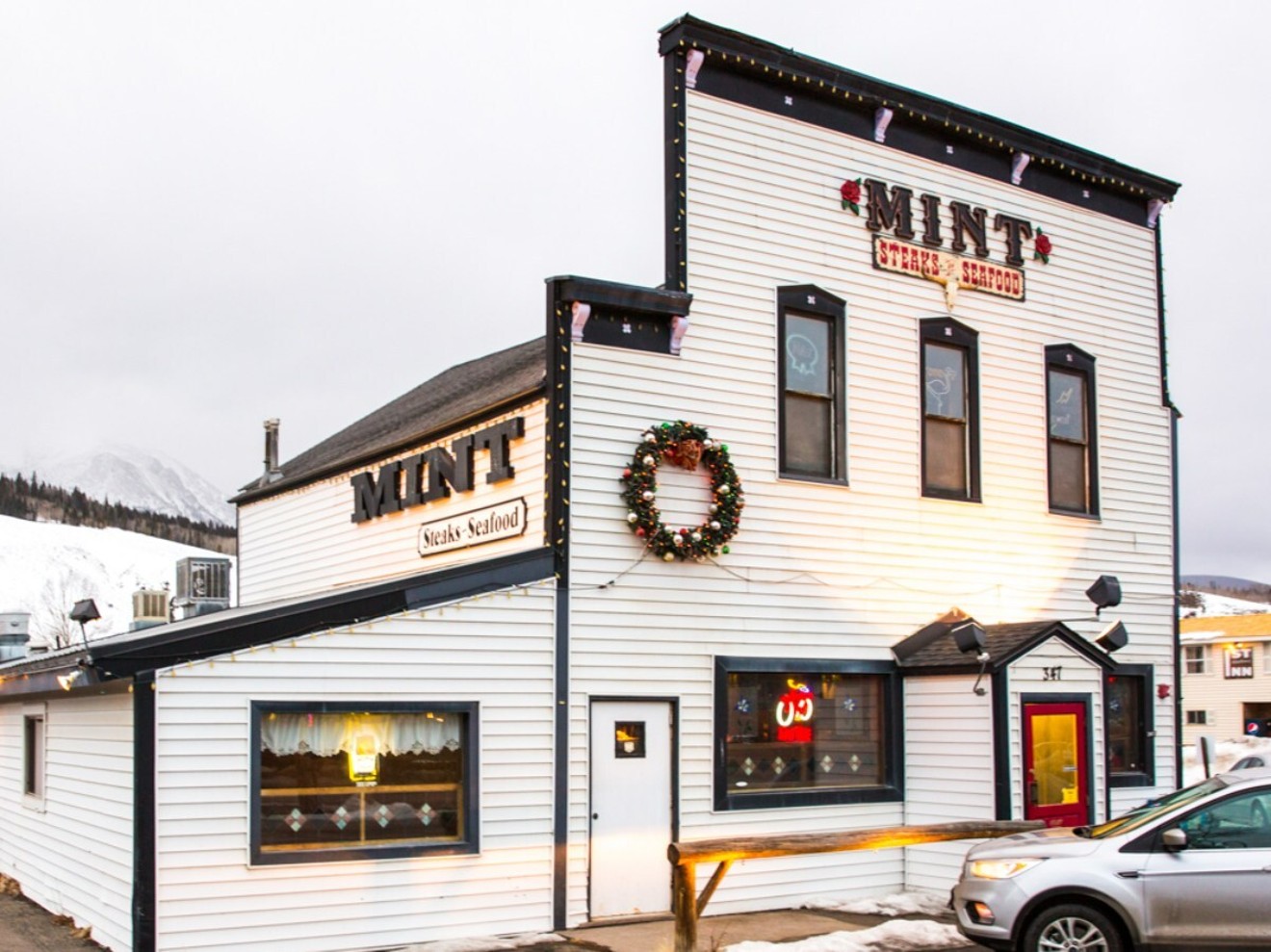 The Mint is in its fourth, and final, home. The Mint
Dolly Parton joined Miley Cyrus in Miami on December 31 for NBC's "Miley's New Year's Eve Party," during which they sang a rousing version of Parton's "Jolene."

But for sheer shit-kicking energy, their duet doesn't hold a miner's candle to the Destructo remix filmed at the venerable Mint Steakhouse in Silverthorne a year ago.

The Mint got its start back in 1862 as Jimmy Ryan's Saloon, which catered to the miners in Kokomo, a tiny town that's now buried in tailings outside of Leadville. A few years later, the building was moved to Frisco; in 1882, it landed in Dillon, when that town was booming as the Denver & Rio Grande railroad came into the valley. Eventually, the saloon became known as the Mint, a popular bar and bordello.

But it didn't rest easy. After the Depression, Denver Water bought a large portion of Dillon and decided to dam the Blue River and create a reservoir that would put the town under water. In 1961, many residents vacated to where Dillon is today; some moved farther, to the new town of Silverthorne, taking the Mint with them. It landed at 347 Blue River Parkway. In mid-1984, it was purchased by Tom Ricci and Ken Gansmann, who pushed the grill-your-own-steak concept and began restoring the building to its original look — one that attracted Dolly Parton.

As Matthew Hays, a Mint bartender recalls, in the fall of 2021 a filmmaker came into the Mint for dinner, fell in love with the place, took a lot of pictures and sent them off to Parton. "She signed off on it," Hays says. "She loved the building."
And while she didn't make it to Silverthorne for the filming because of COVID concerns, Destructo came in from California. Hays, who's been active in theater and stage work, was there for the filming, which he says was "surreal." It started about 3 p.m. and wrapped eight hours later.

After a close-up of the building, the video cuts to Destructo sitting in one of the historic booths as an enthusiastic dancer starts a two-step to the "Jolene" remix. She's soon joined by a cast of line dancers who came up from Denver for the filming, and create a boot-stomping show that shakes the old building.
Parton had picked a few Mint regulars out of the photos for parts, and two do a crazy dance up the stairs to the second level, once the brothel. 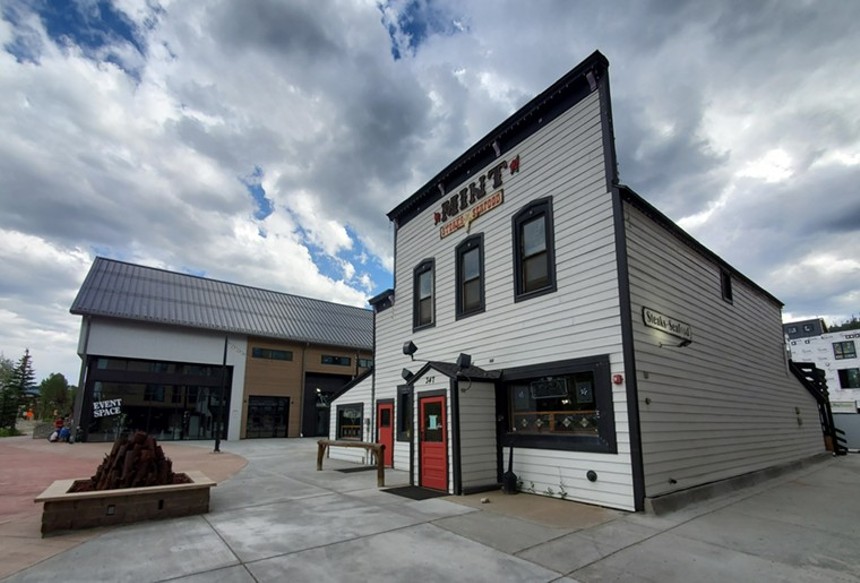 The Mint is now part of a new town center for Silverthorne.
Molly Martin
Today the Mint is at the heart of Silverthorne's new town center, where the Bluebird Market contains another historic building: the Old Dillon Inn. The Hotel Indigo Silverthorne and a condo complex are also helping to turn the town into more than a pit stop for people heading down from the high country.

And while none of the visitors who head into the Mint for dinner or drinks have mentioned the Destructo video, it's already garnered 1.8 million views...and could collect many more in the new year. Because with "Jolene," this bar is really cooking.