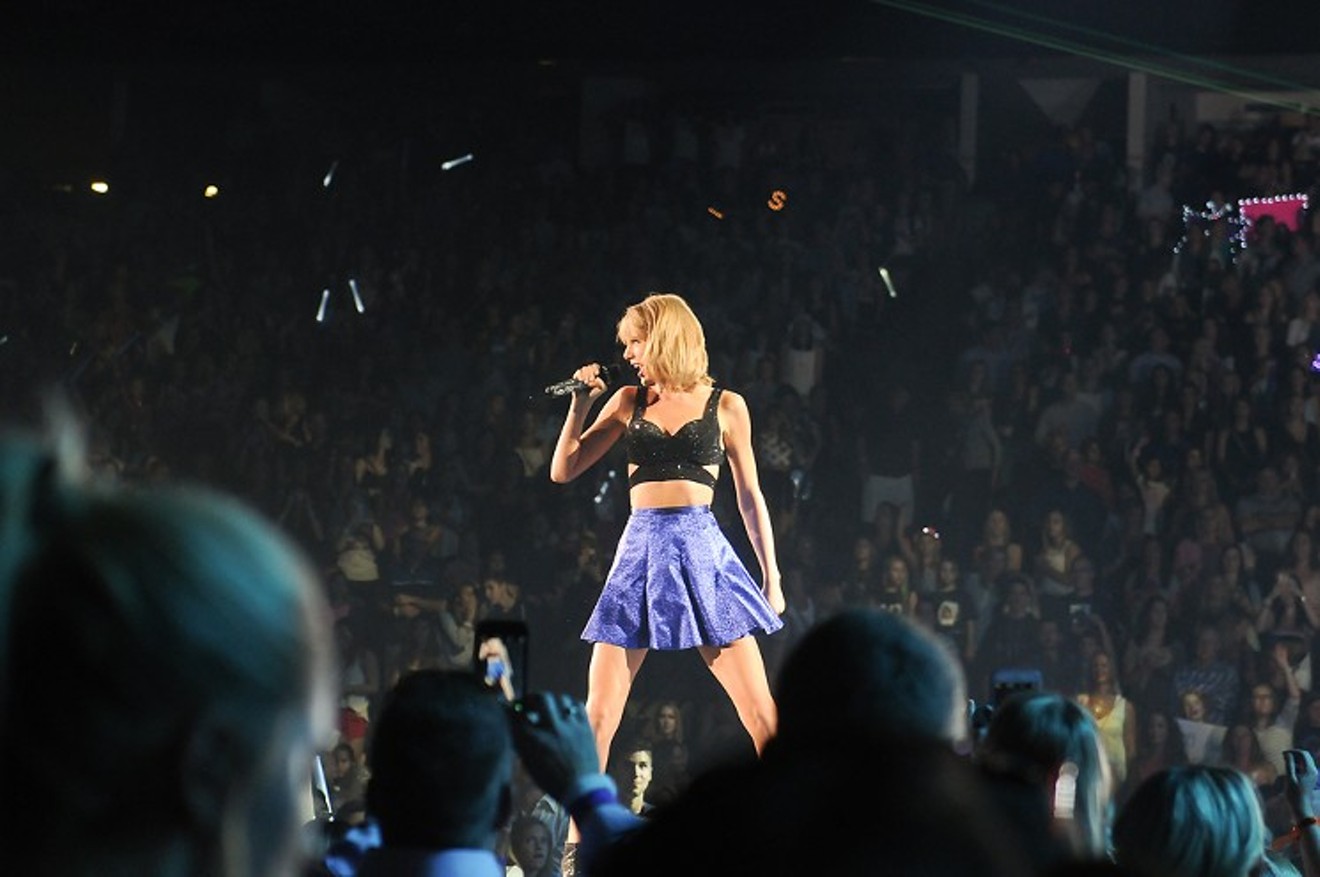 Taylor Swift playing the first of two sold-out shows at the Pepsi Center on her tour in support of the album 1989. She returns to Denver on Friday, May 25. Photo by Miles Chrisinger
The throngs of drunk people wearing band T-shirts stumbling in and out of Sports Authority Field are a telltale sign that summer concert season has taken over Denver — and parking near or on Federal Boulevard is going to be a nightmare.

There's a lot to know about parking at Sports Authority Field, including how to have the patience of a monk as you sit for an eternity waiting to snail your way into an overcrowded lot, how to avoid tickets, how to avoid traffic jams, how to avoid scammers, and how not to be a first-rate jerk.

With Taylor Swift, Camila Cabello and Charlie XCX playing the venue today, May 25, at a concert that will ensure that the west side is a traffic nightmare, here are five things you need to know about parking at, or near, Sports Authority Field. 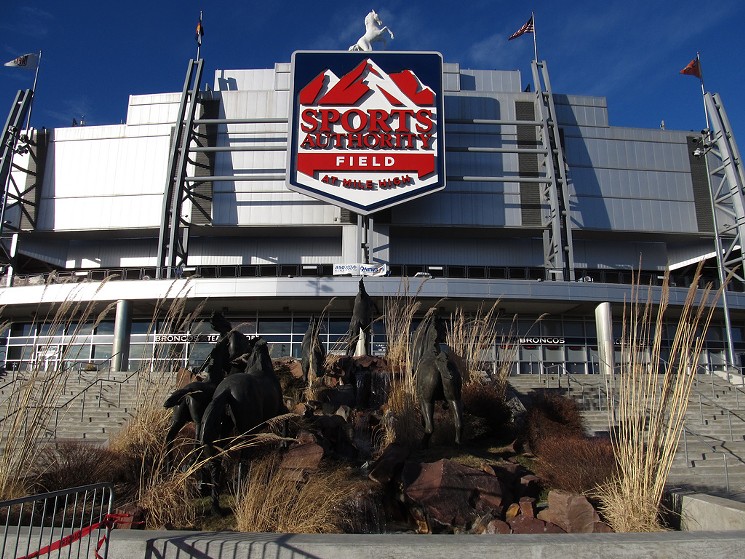 It's so peaceful when nobody's there.
Ken Lund at Flickr
1. Watch out for parking restrictions if you're not parking in the Sports Authority lots.
Denver's Right of Way Enforcement agents promise to be placarding the surrounding neighborhoods with clear signage, letting Swifties (or their parents) know where they can and can't park. If it says don't, guess what? Don't.

2. Don't park on a neighborhood street if you don't have a residential parking permit.
The folks who live around Sports Authority Field suffer the grotesque antics of football and music fans alike, put up with the traffic, and hose the vomit off their sidewalks. If there's one thing you can do to make their lives easier – and avoid being justifiably towed or ticketed — it's park where you're supposed to park. If a street requires a residential permit and you don't have the correct one, don't leave your car there.