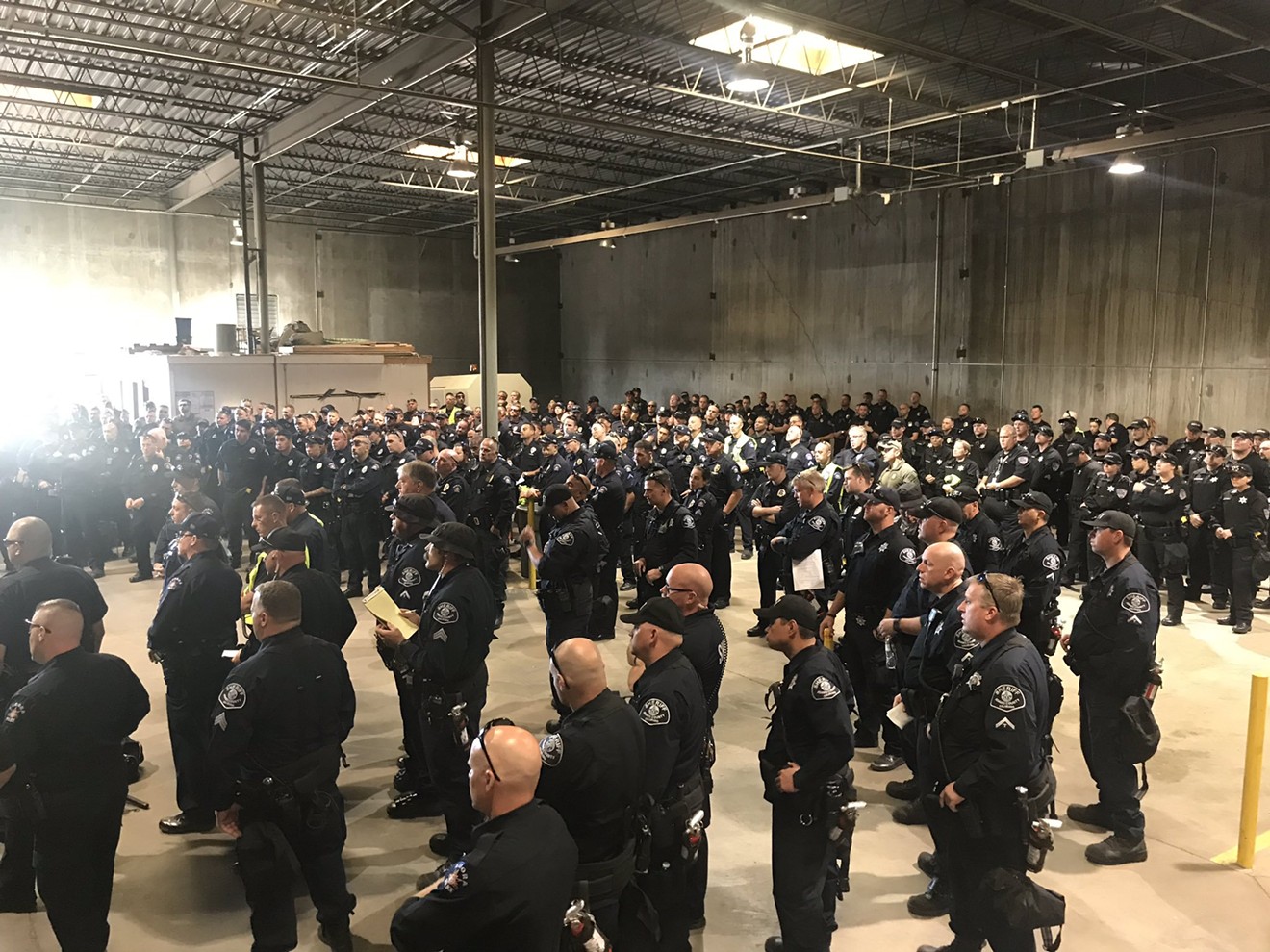 That company, Chicago-based 21CP Solutions, "helps cities and communities effectively tackle the challenges of delivering safe, effective, just, and constitutional public safety services in the 21st Century," according to its website.

According to the announcement from Aurora, 21CP Solutions will "join the city in pursuit of the common goal of a new vision of public safety that works for everyone."

Right now, public safety in Aurora definitely doesn't work for everyone. Public faith in the police department has been shattered by a series of terrible incidents involving police officers, including the violent arrest of 23-year-old Elijah McClain last August that resulted in his death (McClain's family just filed a federal lawsuit against the city), and a recent mix-up that led police to temporarily detain a Black family, included crying children.

21CP Solutions is charged with focusing on the "department’s leadership structure; elevating the role of community policing and engagement; assessing current policies and practices with respect to use of force, discriminatory policing and bias-free policing practices; officer misconduct and accountability; stops, searches and arrests; recruitment, hiring and retention; interaction with vulnerable populations; and crisis intervention and interactions with individuals experiencing behavioral health challenges," according to the Aurora announcement.

In that announcement, Vanessa Wilson, the Aurora police chief who just got the job officially after serving as interim chief since the start of 2020, says that her department embraces "this opportunity for change and [is] committed to evolve for the betterment of our profession, our community and the residents we serve. Law enforcement is being evaluated across the nation, and we want to ensure that our entire community feels that APD is an agency that shows dignity and respect and can be a role model for 21st Century policing. We will strive daily to regain the trust in our community. I believe this review, along with actionable policy and training changes, is a good first step.”

Aside from this new review of the department, Attorney General Phil Weiser has been investigating the "patterns and practices of the Aurora Police Department that might deprive individuals of their constitutional rights under state or federal law" for several weeks now, according to Lawrence Pacheco, a spokesperson for Weiser's office. This type of investigation was made possible by SB-217, the new Colorado police reform law.

And although Dave Young, district attorney for the 17th Judicial District, declined to charge any of the officers or paramedics who were involved in detaining and tranquilizing McClain using ketamine, Weiser is also investigating that incident to weigh potential criminal culpability.

Additionally, the Department of Justice is investigating both McClain's death and an incident involving photos taken by Aurora police officers at the location where McClain was detained, which ultimately resulted in one resignation and three firings. The three officers have appealed their termination.

Aurora has also contracted with an outside civil-rights attorney to look into what went wrong in the McClain incident and recommend policy changes to prevent something similar from occurring in the future.
KEEP WESTWORD FREE... Since we started Westword, it has been defined as the free, independent voice of Denver, and we'd like to keep it that way. With local media under siege, it's more important than ever for us to rally support behind funding our local journalism. You can help by participating in our "I Support" program, allowing us to keep offering readers access to our incisive coverage of local news, food and culture with no paywalls.
Make a one-time donation today for as little as $1.