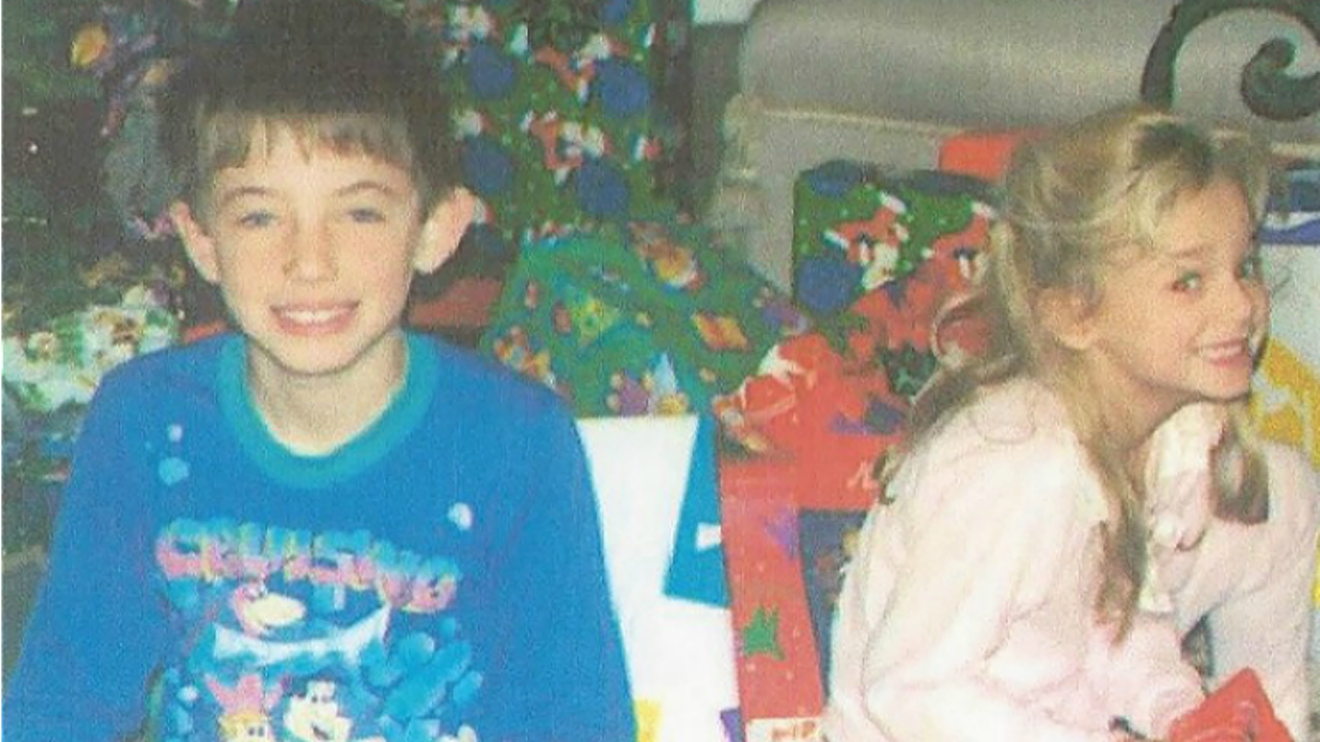 A 1996 Christmas photo of Burke and JonBenét Ramsey taken shortly before the girl's death. WeHaveYourDaughter.net
Burke Ramsey, brother of JonBenét Ramsey, who was murdered in Boulder on Christmas Day 1996, has settled a lawsuit filed in December 2016 over the CBS docu-series The Case of: JonBenét Ramsey, which asserted that Burke killed his sister when he was nine and she was six.

The terms and amount of the settlement haven't been made public. But the original suit sought $750 million in damages.

Lin Wood, the Atlanta-based attorney for Burke and his father, John Ramsey, is limited in what he can say about the resolution of the case. But he tweeted: "After handling many defamation cases for them over the past twenty years, hopefully this is my last defamation case for this fine family."

Wood was much more forthcoming in October 2016, shortly after the filing of a separate $150 million complaint against Dr. Werner Spitz, a Michigan-based forensic pathologist who appeared on The Case of: JonBenét Ramsey. At the time, he was preparing Burke Ramsey's suit.

When asked why he had decided to sue over the CBS programs, particularly given the number of wild accusations that had been made against members of the Ramsey family over the past two decades, Wood replied (via email): "Since 1999 and 2000, when I successfully sued Star magazine, the New York Post and Court TV for falsely accusing Burke Ramsey of the death of JonBenét, no member of the mainstream media or even the tabloid media has dared to make that accusation against this young man again. He was officially and publicly cleared — being described as not being a suspect or a possible suspect by the Boulder Police Department in May of 1998 and the Boulder District Attorney's Office in May of 1999. And there has been no evidence developed in the case since then other than DNA evidence developed in 2008 that was used by then-district attorney Mary Lacy to exonerate the entire family. Burke had already been exonerated. So other than, as you say, wild accusations that have floated around in the Internet world over the last twenty years, no credible attack has ever been made against Burke Ramsey since the foolishness in 1999 and 2000." 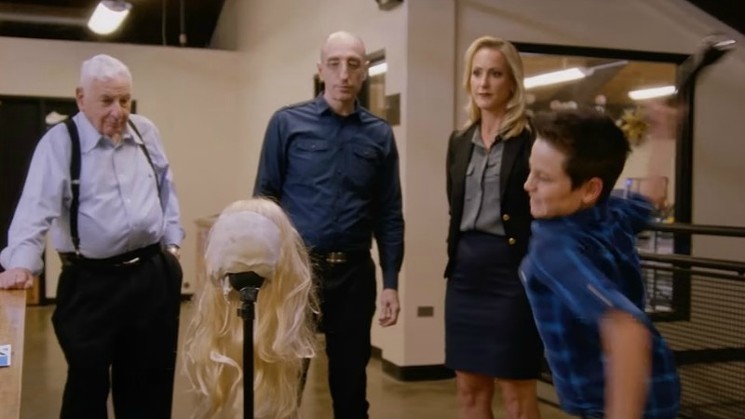 Dr. Werner Spitz, left, watches as a child is called upon to act out a theory of how Burke Ramsey could have killed his sister, JonBenét, from the CBS program The Case of: JonBenét Ramsey.
CBS via YouTube
In the interim, author Jim Kolar penned a book called Foreign Faction that made similar assertions about Burke — but according to Wood, he hadn't targeted it for legal action because "it was self-published. It had no credibility. No mainstream publisher would touch it. I know for a fact that Jim Kolar approached a number of members of the mainstream media in New York seeking interviews to publicize the book, and they refused to interview him. They refused any attempt to give publicity or credibility to his book... . And that book is the cornerstone of the CBS docu-series. So while Jim Kolar was not worth a lawsuit a few years ago, because I did not feel he had any credibility and I did not want to give him the appearance of credibility that would publicize his book by filing a lawsuit against him, obviously things have changed now, because CBS used this book as part of its script for the docu-series."

The central theory espoused by the CBS program was that Burke had killed his sister with a blow to the head and his parents covered up the crime. But Wood rejected this supposition.

"I can't tell you in strong enough words: There is absolutely not one iota of physical evidence that links this young man to the murder of his sister," he said. "It's not even a matter of exonerating him. It shows that he is not even a legitimate suspect, as acknowledged by law enforcement authorities publicly in 1998 and 1999. So in order to accuse this young man, you've either got to intentionally misrepresent the evidence, intentionally ignore the evidence, or manufacture evidence to come up with the sensational, for-profit headline that Burke Ramsey was somehow involved in the murder of his sister." 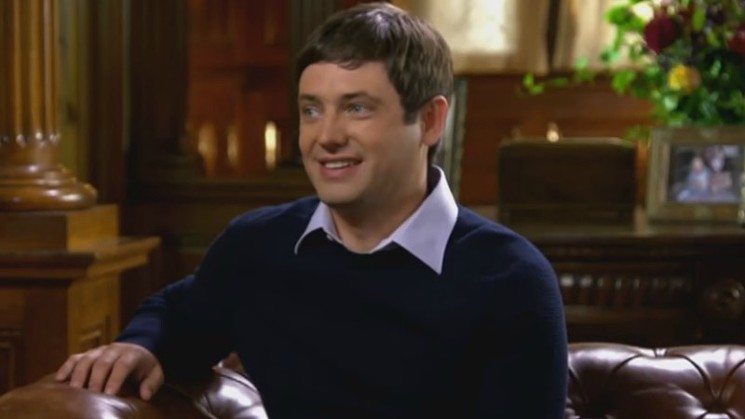 Burke Ramsey during a 2016 interview on the Dr. Phil program.
YouTube file photo
Wood added: "I call it outrageous, but it's really hard to find the right word to adequately describe CBS and any other member of the responsible media who would make this type of accusation against this young man. For the past twenty years, since age nine, Burke Ramsey has lived with the burdens of his sister being murdered, his mother and father accused periodically in national media frenzies, and being investigated — his parents being investigated for the murder, and his mother dying. This young man has had a lot on his shoulders this past twenty years. And yet he has been able to successfully maintain his private life. He's a good, fine young man, a graduate of college, gainfully employed and trying to live as normal a life as he possibly can under these extraordinary circumstances. And for CBS to now add to that young man's burdens... . The fact is, he'll live the rest of his life knowing that people Googling him will see that he has been falsely been accused of murder, to see that he has been falsely portrayed as a killer since age nine. That will impact every business and social relationship this young man will ever engage in."

For Wood, this wasn't simply another case. "If you can't tell how pissed off I am, I am not apparently able to adequately express myself," he told us in that email interview two years ago. "I didn't fall off the truck yesterday. I've been around the block with some of the largest media companies in the country in significant libel cases. This one is, among those I've represented, the most egregious libel case I've ever seen. I can't imagine what a judge or a jury's reaction would be. I think I know. I think I got a taste of it in the earlier cases I filed on behalf of Burke. But those defendants had the good sense to promptly settle their cases with Burke and not repeat the foolishness, the unlawful accusations."

Other than confirming that a settlement had been reached, CBS and the producers of The Case Of have offered no further comment.

More than 22 years after the little girl was found dead in the basement of her home in Boulder, the murder of JonBenét Ramsey remains unsolved.
KEEP WESTWORD FREE... Since we started Westword, it has been defined as the free, independent voice of Denver, and we'd like to keep it that way. With local media under siege, it's more important than ever for us to rally support behind funding our local journalism. You can help by participating in our "I Support" program, allowing us to keep offering readers access to our incisive coverage of local news, food and culture with no paywalls.
Make a one-time donation today for as little as $1.