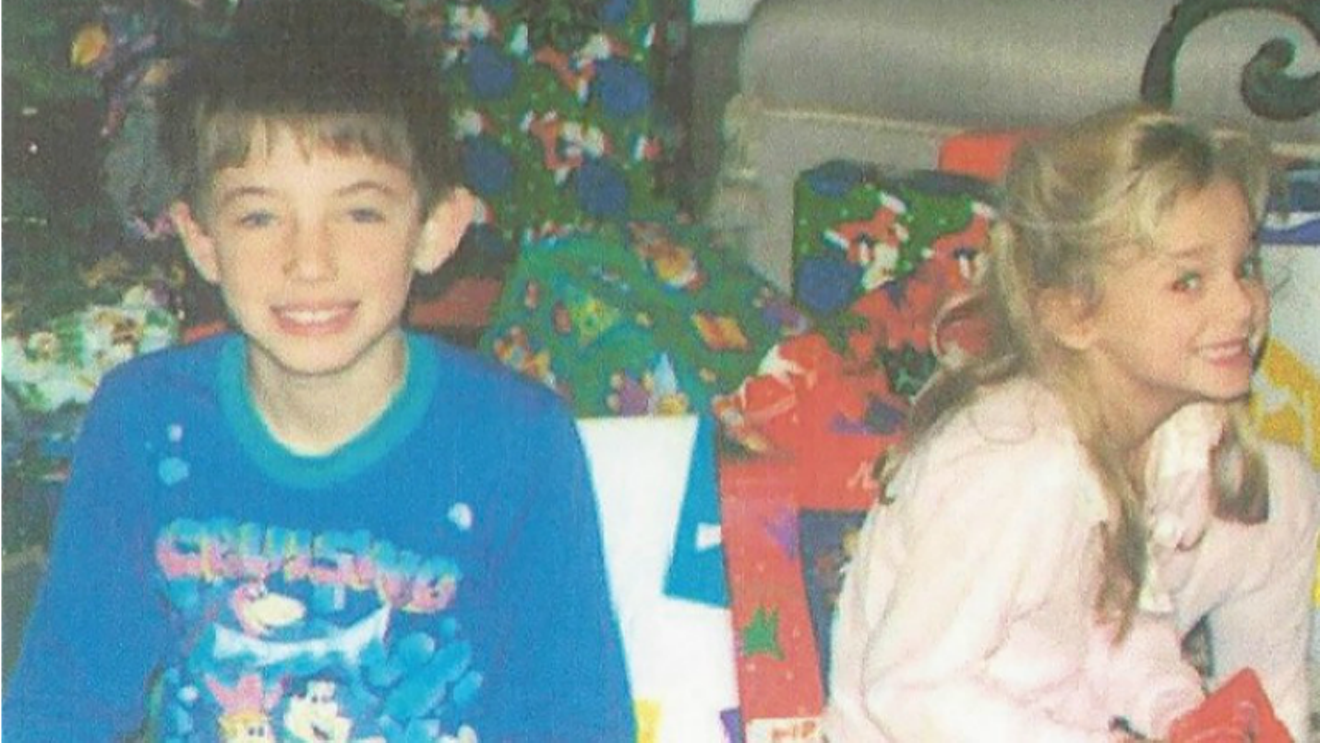 A 1996 Christmas photo of Burke and JonBenét Ramsey taken shortly before the girl's death. WeHaveYourDaughter.net
In October 2016, Burke Ramsey, older brother of JonBenét Ramsey, who was murdered in Boulder on Christmas Day of 1996, filed a $150 million lawsuit against Dr. Werner Spitz, a Michigan-based forensic pathologist who theorized on the CBS program The Case of: JonBenét Ramsey that Burke had killed JonBenét with a blow to the head. A separate $750 million lawsuit against CBS followed, and while Spitz and the network asked that the cases be tossed, Michigan Judge David Groner has now allowed each to move forward in what Ramsey family attorney Lin Wood sees as a much larger victory than representatives for CBS are willing to acknowledge.

"CBS’ public relations efforts to downplay the significance of the ruling are borderline laughable," maintains Wood, corresponding via email.

"The heart and soul of the defense strategy was clearly aimed at having these cases thrown out based on a finding that the comments were protected opinion," Wood adds. "If successful, that strategy would have prevented Burke from conducting discovery. Now the case will focus on the facts. The same facts and truth that exonerated Burke twenty years ago will exonerate him in this case. The facts surrounding the history, development and production of this fraudulent 'documentary-series' will be a stinging indictment of CBS."

In addition, Wood feels that Groner's finding is good news in regard to the future of yet another lawsuit against CBS, this one a $350 million demand filed by Burke's father, John Ramsey, in October 2017. 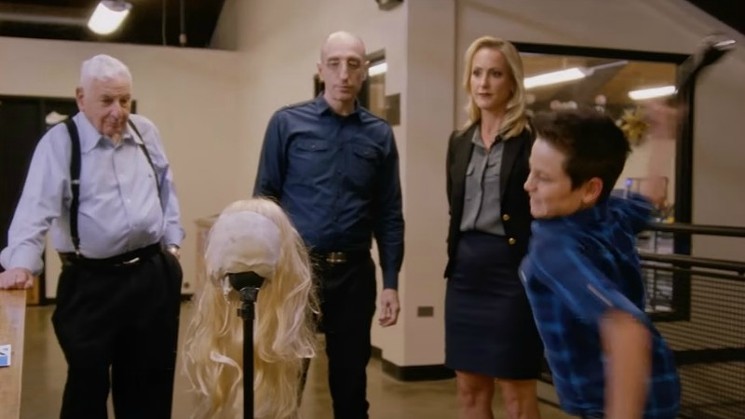 Dr. Werner Spitz, left, watches as a child is called upon to act out a theory of how Burke Ramsey could have killed his sister, JonBenét, from the CBS program The Case of: JonBenét Ramsey.
CBS via YouTube
"There is a pending motion to dismiss in John’s case against CBS based essentially on the same grounds as the motions filed in Burke’s cases," Wood points out. "So the rulings by Judge Groner are predictive that the motion in John’s case will also be denied."

Beyond CBS, the defendants named in the John Ramsey suit are Critical Content, the company that produced the docuseries, as well as Spitz, Jim Clemente, Laura Richards, Stanley Burke, James Fitzgerald, Henry Lee and James Kolar, who served as so-called investigators on the program. Kolar also wrote Foreign Faction, a book about the JonBenét slaying that the suit portrays as the blueprint for the show.

"CBS perpetrated a fraud upon the public," a passage from the complaint reads. "Instead of being a documentary based on a new and legitimate investigation by a team of qualified and unbiased experts, The Case of: JonBenét Ramsey was a fictional crime show based primarily on a preconceived storyline scripted in the self-published and commercially unsuccessful book Foreign Faction, written by Defendant James Kolar and self-published in 2012."

Another section maintains that "Defendants’ accusation that John covered-up that Burke killed JonBenét was not based on a complete investigation revealing truthful facts, new witnesses, new evidence or new theories. Instead, Defendants consciously built their Documentary on an illegitimate and unfounded investigation, false and omitted facts, old witnesses, old evidence and old theories."

Burke Ramsey during a 2016 interview on the Dr. Phil program.
YouTube file photo
"I have always believed that Burke has a very strong case against CBS and Spitz," he allows. "I am confident that with each deposition taken, his case will only grow stronger. What went on behind the scenes of this 'docu-series' will be fascinating to learn and damning of CBS when exposed to the public. This was a reckless grab by CBS for money and ratings at the expense of the reputation of an innocent young man."

Groner's opinion increases the odds that CBS and Spitz will settle with Burke (and John) rather than take part in a trial that would presumably reveal the behind-the-scenes sausage-making involved in The Case of: JonBenét Ramsey and offer further insight into a tragic mystery that's remained fascinating to a significant portion of the public for more than two decades.

Wood, for his part, sees the latest development as "a flashing warning signal to other members of the media who seek to profit by relying on 'opinions' of guilt to create sensational story lines in unsolved cases of public interest."

In his view, "It is not the role of the media to determine guilt or innocence. It is the role of the media to discover and convey facts to the public. CBS knowingly crossed the line with Burke and it will ultimately pay a very heavy price for doing so. The rulings pave the way for justice for Burke and John and for accountability on the part of CBS for its intentional wrongdoing."