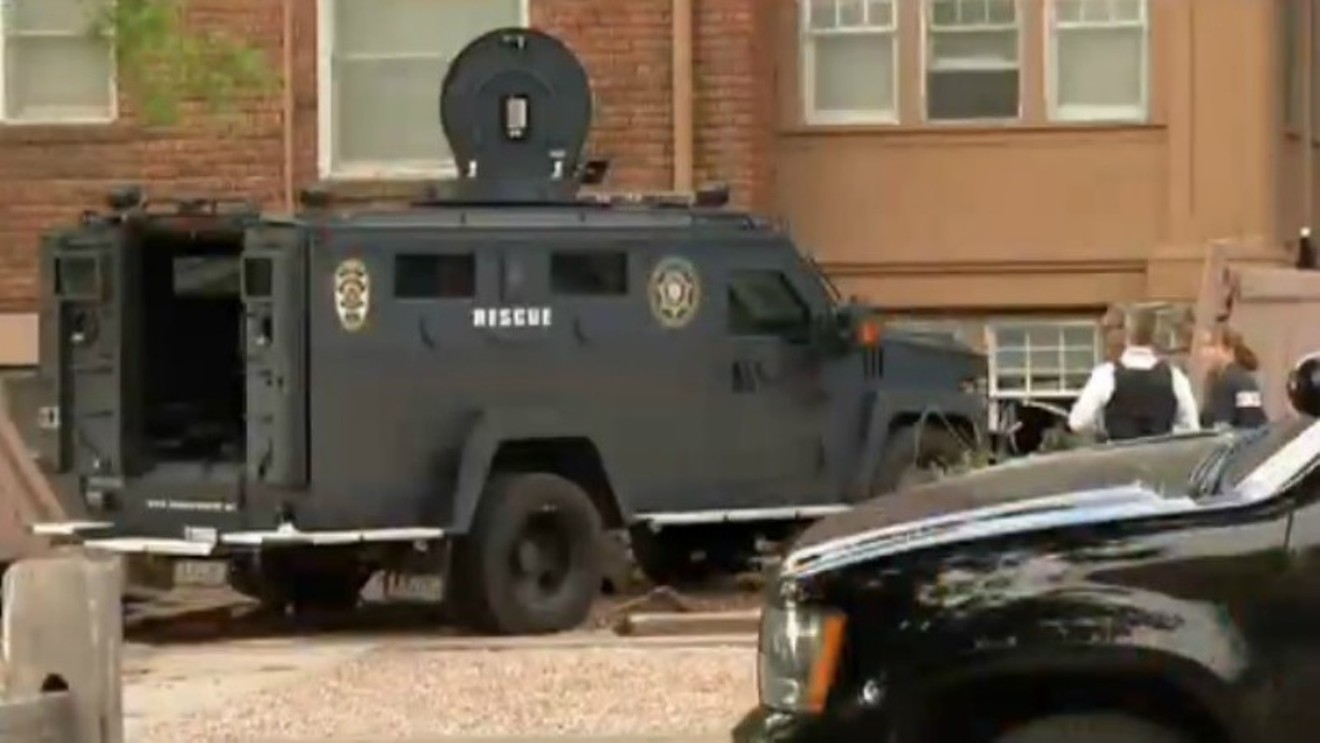 A SWAT vehicle used in the police shooting of Coleman Stewart. Denver7 via YouTube
A judge has dismissed a case against 27-year-old Coleman Stewart in relation to a 2014 incident during which he was shot twice by members of the Boulder Police Department.

But while his attorney, Iris Eytan, is pleased that Stewart is no longer in legal jeopardy, she's frustrated that the matter has been dropped prior to a hearing at which she planned to argue that the officers in the case violated her client's constitutional rights and perjured themselves to justify their actions. Likewise, she's offended that the Boulder County District Attorney's Office is now repeating claims against Stewart that an expert analysis characterizes as impossible, as well as portraying the trigger-pulling officers — Nicholas Frankenreiter, Erin Starks and Jacob Vaporis — as victims rather than victimizers.

"Cole Stewart is the true victim in this case," says Eytan, who filed a motion this week calling for the matter to be closed "in a proper manner that restores Cole's rights." Read it below.

In Eytan's view, the DA's "motion to dismiss is a cover-up of a cover-up."

The Boulder DA's office determined that the officers' actions during the incident were justified. But last year, the Colorado Court of Appeals tossed Stewart's conviction for menacing, a felony, and obstructing a peace officer, a misdemeanor, because of what the decision calls "a number of errors in the trial proceedings — two of them standing alone might serve as the basis for reversal, but collectively they clearly require that we reverse the conviction and remand for a new trial." 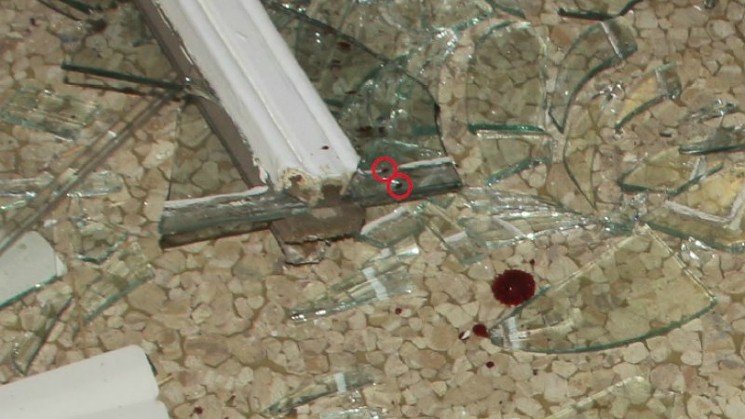 Blood-spatter evidence was among the factors considered in the motion to dismiss.
eytan-nielsen.com
After new proceedings were scheduled for January 2019, Eytan filed her own motion to dismiss the charges against Stewart on October 5. It's accessible below, along with the motion and a review and analysis of the shooting by consulting criminologist John T. Wilson dated September 17. She believes the devastating nature of Wilson's findings prompted the Boulder DA's office to finally give up on prosecuting Stewart once and for all.