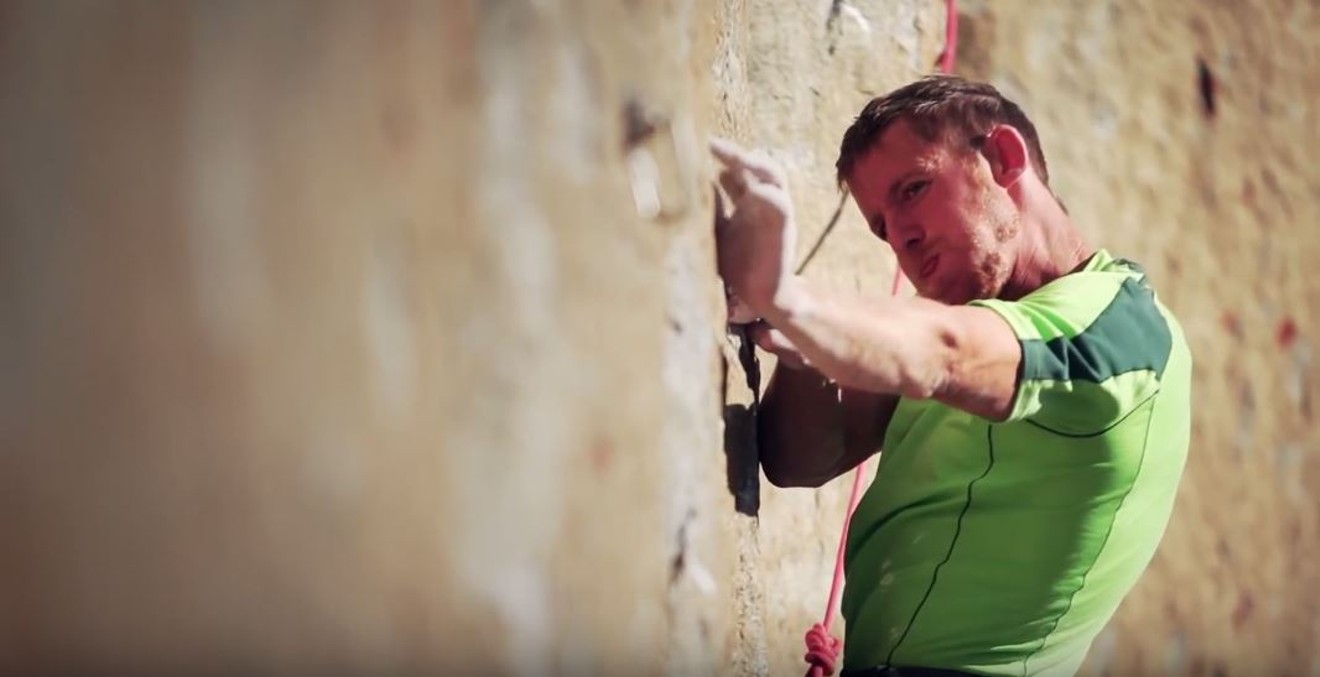 Tommy Caldwell on Yosemite's Dawn Wall. YouTube — Facebook Stories: The Dawn Wall
Tommy Caldwell, one of the world's best rock climbers and a native of Estes Park, became a media sensation in January 2015 when he, along with climbing partner Kevin Jorgeson, became the first to complete a free climb of the Dawn Wall route on El Capitan in Yosemite.

Caldwell had spent seven years on the project, finally accomplishing the feat on January 14, 2015 (which even earned him a call from Barack Obama). Nearly 3,000 feet tall with at least seven 5.14 graded pitches, the Dawn Wall is notoriously difficult; before Caldwell and Jorgeson's success, many had thought it impossible to free-climb the entire thing. (In free climbing, rock climbers can just use their feet and hands to ascend a pitch, and only use ropes to catch themselves during falls.)


It has been an amazing journey. A huge congratulations to @tommycaldwell and @kjorgeson. You guys just sent the Dawn Wall! @brettlowell @coreyrichproductions

Earlier this week, on Monday, May 22, hundreds of fans, climbing enthusiasts and “dirtbags” packed the Patagonia store in LoDo to hear Caldwell speak about the legendary accomplishment.

The 38-year-old admitted that during the past year and a half, he had taken on a different challenge, one that for him was just as formidable as the Dawn Wall: writing a book about his life. 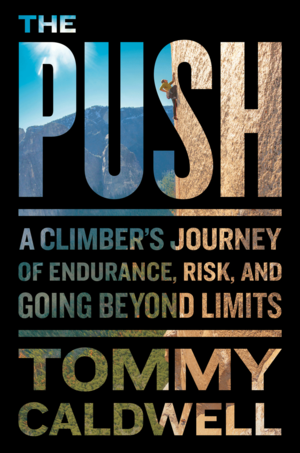 Amazon
The Push: A Climber's Journey of Endurance, Risk, and Going Beyond Limits was released on May 16 by Viking Press. Monday's event at Patagonia in Denver was Caldwell's second stop on a multi-week book tour. (He'll be back in Denver at Movement Climbing and Fitness on June 5.)

"I think when first I sat down to write the book, I thought it was going to be an uplifting, typical adventure story,” Caldwell told the crowd. “But I realized that I've been through a lot, and there is a lot that I wanted to process.... I knew that if I was going to do that, I would have to be brutally honest and dig as deep as I could."

And dig deep he did.

Rather than begin the book with the Dawn Wall, Caldwell recounts the harrowing experience of being taken hostage by rebels in Kyrgyzstan in 2000 along with his then-girlfriend, Beth Rodden. The two were on a climbing expedition when they unexpectedly found themselves in the middle of a war; they had to find a way to escape their captors after six days of no food or water.

On Monday, he narrated excerpts from his book, including how he and his fellow hostages escaped when Caldwell pushed a soldier off the side of a cliff:

“I lunge for the strap of the gun slung over his shoulder. I pull as hard as I can and push his shoulder. His body arches backwards through the blackness outlined by the moon. He cries out in surprise and fear. His body lands on a ledge with a sickening thud and then bounces towards oblivion….I rock back and forth sobbing. Everything I’ve held inside floods out of me. I just killed a man. Not an evil villain. But a man not so different from myself. Scared, juvenile."


"Yeah, so this book is pretty heavy in a lot of ways," Caldwell said to nervous laughter of the crowd after finishing the reading. (He added that a reporter discovered that the rebel soldier he pushed off the cliff was discovered three months later to be alive inside a jail — having survived the fall and been captured by the Kyrgyz military.)

Caldwell has also had other difficulties that he's had to overcome, including losing one of his fingers in an accident with a table saw. Doctors told him that he probably would not be able to continue as a professional climber, but Caldwell has defied those predictions. Chris Walker
He says that much of his book is about examining risk, what drives him to continue taking on dangerous challenges in climbing and mountaineering, and the effects that has on friends and loved ones.
One poignant moment of Caldwell's presentation was when he read a letter he'd written to his infant son, Fitz, after he had almost died during a storm in the Andes Mountains in Argentina.

“I think of you and your mom. She knew who she was marrying, but you had no choice in the matter...For me, climbing is what makes everything else fit into place. It's what lights the fire and makes me a dreamer. The need to battle is built in to the fabric of who we are. As humans we may fight with the ones we love, poison our bodies with drugs, go to war. For many, the struggle is a desperate attempt to fill a void. But I find my battle on the mountain, despite the risk and fear that reside there. It breathes life into me."

Caldwell's constant risk-taking made me wonder if he has any end point in mind. Would he ever consider settling down? I asked him the question during the presentation.

"I don't know. I think retirement is a little bit like death. I want to always be incredibly engaged and challenged, but in climbing, you do have to be realistic that your body won't be able to keep up forever.”

He paused a moment.

"I think finding joy in the everyday things is a huge part of it,” he said. “But I'm also excited — because I've been a reluctant public figure for twenty years of my life — to pass the torch to other people. One of my favorite parts about the Dawn Wall was that I was with Kevin [Jorgeson] and he wasn't an experienced big-wall climber, so I was mentoring him and teaching him and wanting to show him this world and make him light up the same way that I had.”

And after decades of climbing, he was surprised by what he learned through writing his book.

"I became obsessed with writing in the same way that I'm obsessed with rock climbing,” he said. "Now I understand there's adventure in everyday life and you can find it anywhere."