YouTube file photo
The Colorado Springs Gazette, owned by conservative billionaire Phil Anschutz, has earned a reputation as the most overtly anti-marijuana major newspaper in the state. And while the first entry in a new series presented beneath the banner "Is Colorado better off five years after legalizing marijuana?" is an improvement over an anti-pot screed from nearly three years ago that was partially penned by a prominent and devoted cannabis hater, it still focuses almost entirely on bad news.

Back in March 2015, as we've reported, the Gazette launched "Clearing the Haze," which we described at the time as "a four-day marijuana-hating jeremiad" co-authored by Christine Tatum, the wife of Dr. Christian Thurstone, one of the area's most prominent physicians against greater access to cannabis by young people.

The article acknowledged Tatum's connection to Thurstone, but it failed to point out that she's a longtime opponent of marijuana legalization who'd stirred controversy by suggesting pot links to events such as the Boston Marathon bombing and the killings at Columbine High School. 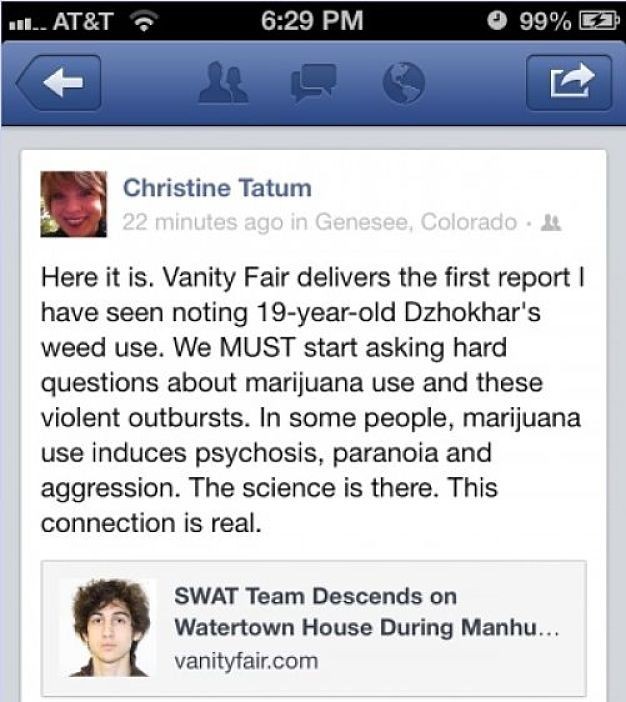 File image
...and the latter: 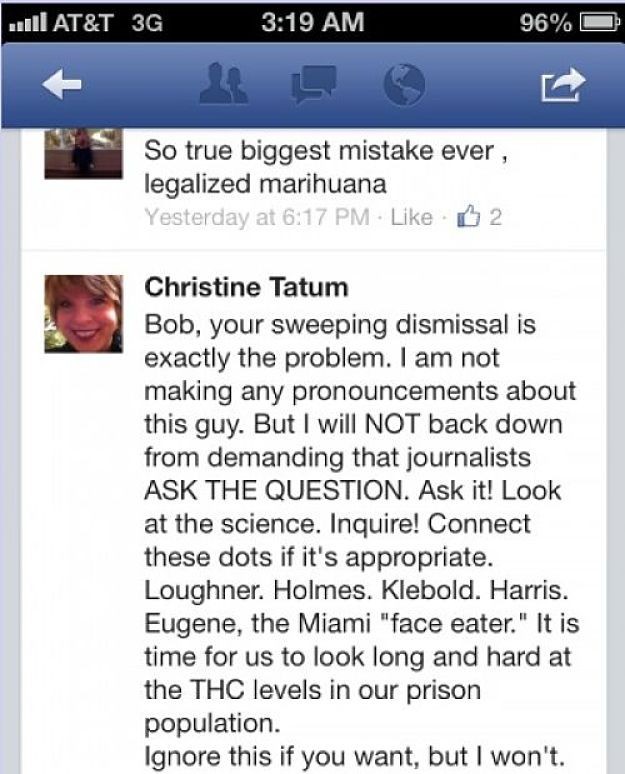 File image
Numerous news organizations were critical of an advocate such as Tatum writing what was presented to readers as an objective look at marijuana in Colorado — and she fired back via social media.


Newsrooms see nothing wrong with allowing pot users to analyze and report on drug policy and write pro-weed columns and tell us how to baste our Thanksgiving turkeys with THC.

And then a journalist whose years of research have led her to very different conclusions comes along, and she's married to a doctor who stands against legalization with every major medical society in the developed world, and she has spent years personally watching the travesties these pot-loving journalists clearly don't want to bother reporting, and she doesn't hide her views and ensures they're clearly marked as perspective. THEN everyone blows up with cries of lapses of journalism ethics when she speaks or writes on the subject.

It's hard for me to take them seriously.

Many observers felt the same about the series, especially when, a few months later, the Gazette had to admit that marijuana burglaries were down and revenues were up in El Paso County, which encompasses Colorado Springs. 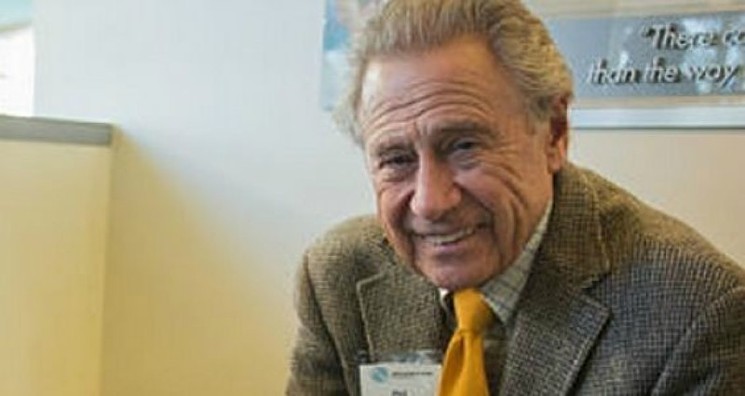 Phil Anchutz owns the Colorado Springs Gazette.
Free Lunch Photography file photo
After the reception to "Clearing the Haze," the Gazette generally stuck to covering marijuana on an article-by-article basis, as opposed to delivering major salvos. But that changed yesterday, when the paper told readers that "The Gazette is launching a series of stories that will take a hard look over the next few months at legalization's lessons, exploring what the unintended consequences and unexpected complications have been of this national experiment."

Episode one of the series is headlined "Black market marijuana busts nearly quadruple under recreational legalization," and it's much more credible than "Clearing the Haze" thanks largely to its author, David Olinger, a former member of the Denver Post, and lead researcher Burt Hubbard, a veteran of the Rocky Mountain News and the Post.

Nonetheless, the tone of the piece is epitomized by its opening paragraphs:


Four years after legal recreational marijuana went on sale in Colorado, Gov. John Hickenlooper says the black market for marijuana in the state is shrinking and predicted that it "will be largely gone" in a few years.

But new statistics show that arrests for the production of black market pot increased by 380 percent in the 2014-16 time frame, and Colorado law enforcement agencies say they are battling a boom in illegal marijuana cultivation by sometimes violent groups of criminals who rake in millions of dollars by exporting what they grow.

The Colorado Department of Public Safety, which tracks various marijuana-related statistics, found that manufacturing arrests leapt from 126 in 2014 to 476 in 2016, according to new state data obtained by The Gazette. Illegal manufacturing encompasses the unlicensed making of THC-laced products, as well as large, hidden growing operations where plant counts far exceed those allowed by state law....

A few advocates appear in the text that follows, including Kristi Kelly, executive director of the Marijuana Industry Group. But their cameos are buried beneath accounts of arrests and violence that suggests that pot legalization has turned Colorado into a law enforcement hellscape.

Perhaps future items will highlight positives since the November 2012 passage of Amendment 64, which sanctioned limited sales of recreational marijuana in the state. But you can bet those familiar with the Gazette under Anschutz aren't holding their breath.