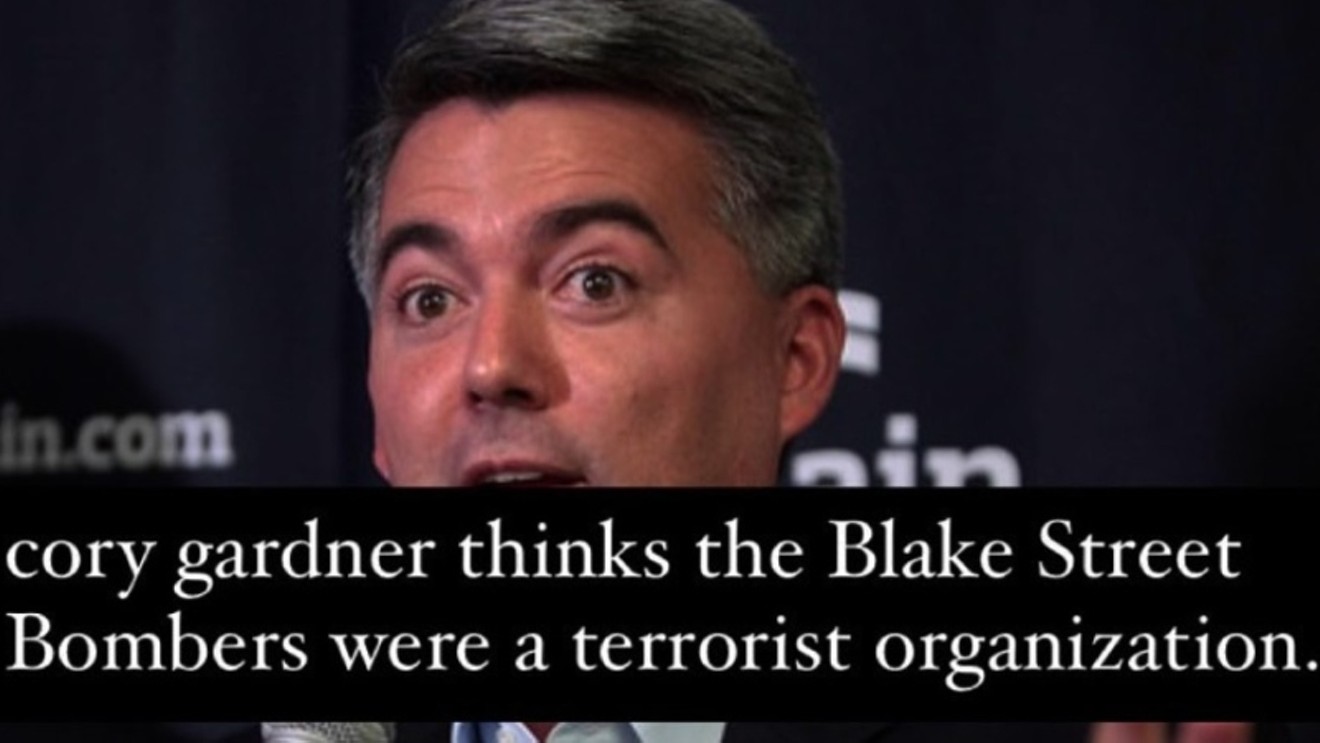 Now, the mystery has deepened, albeit in a way that should make fans of both online destinations' ultra-dry, Colorado-specific humor very happy. In the days after our post on the subject was published, the first page reappeared — but for now, @yeetcorygardneragain is being maintained, too, as a backup account ready in case the original site drops from view again.

Meanwhile, we managed to connect with the creator of both pages, whom we're not identifying at her request. In all likelihood, @yeetcorygardner was temporarily removed by Instagram after being flagged by Gardner supporters who were the opposite of amused, but in the following email Q&A, the creator points no fingers. Instead, she reveals how the idea of injecting a little whimsy into Gardner's race against Democratic challenger John Hickenlooper suddenly became one of the most talked-about outside contributions to the entire campaign.

Here's the rest of the story:

Westword: How would you describe the pages?

@yeetcorygardner: At its core, @yeetcorygarnder (and now @yeetcorygardneragain) is a Colorado-focused, satirical meme account, designed not to defame or slander Senator Gardner, but rather to draw attention to his absence in Colorado and his lack of consideration for his constituents' priorities. It’s funny in an inside-joke kind of way; the content is designed to appeal to the Coloradan by recognizing them and showing up for them. And making them laugh in doing so. Someone messaged me once and called it “completely hilarious and wildly baseless,” which I loved.

How would you describe yourself?

Whenever anyone DMs asking who I am, I say, "Just a girl who thinks she’s funny." Because at the end of the day, that’s what I am. I started this account to bring some levity to a political landscape that feels like a nightmare. 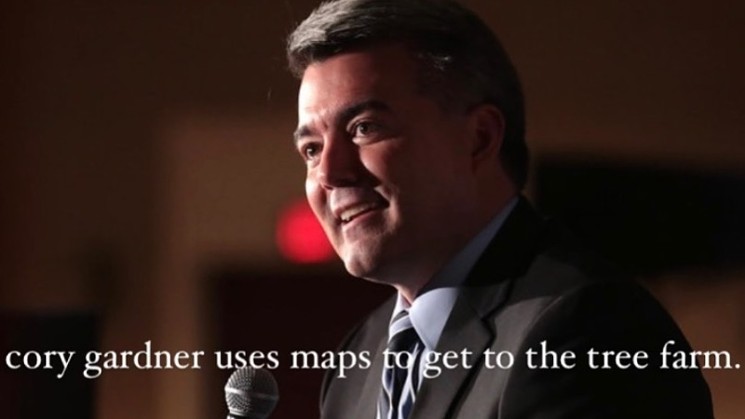 Great question! It’s still not entirely clear why the page was taken down. I went to bed on 9/28 with 14k followers, and woke up on 9/29 with a notification that my account was being “reviewed.” I’ve been told that usually Instagram gives three warnings if you’re being reported a lot, and provides an email notification, none of which I got. Which is a bummer. The goal of the new page is the same as the goal of the old one: activate Colorado voters and also hopefully bring a little lightheartedness to this election cycle. I’m excited to have a surprise platform to get to use to encourage people — especially young people — to vote and donate and get involved.

What has been the reaction to the two pages?

The reaction has been largely positive — I think of it as lightning in a bottle. It caught me off guard that it blew up so quickly; I started it a week ago and was gaining about 2k followers a day. I did get one message once I started posting about ways to register to vote that said, “I liked this account better before it got all political.” Which I want to have framed. You’re following a parody account of a U.S. Senator, and I got too political? My bad.

What are your thoughts about this week's presidential debate and how it might impact Cory Gardner?

My hope is that the majority of Coloradans think of Senator Gardner as an extension of Donald Trump, and recognize the lies and bile he was spewing as something that needs to be stopped on a national level as well as a state level. I’m hoping that between the debates and the nomination and Senator Gardner’s subsequent support of Amy Coney Barrett, people will see Senator Gardner as hypocritical and not working for the people.

Do you plan on any posts on that subject?

As the election gets closer, I’ll definitely ramp up the political activity. Better stay tuned.
KEEP WESTWORD FREE... Since we started Westword, it has been defined as the free, independent voice of Denver, and we'd like to keep it that way. With local media under siege, it's more important than ever for us to rally support behind funding our local journalism. You can help by participating in our "I Support" program, allowing us to keep offering readers access to our incisive coverage of local news, food and culture with no paywalls.
Make a one-time donation today for as little as $1.