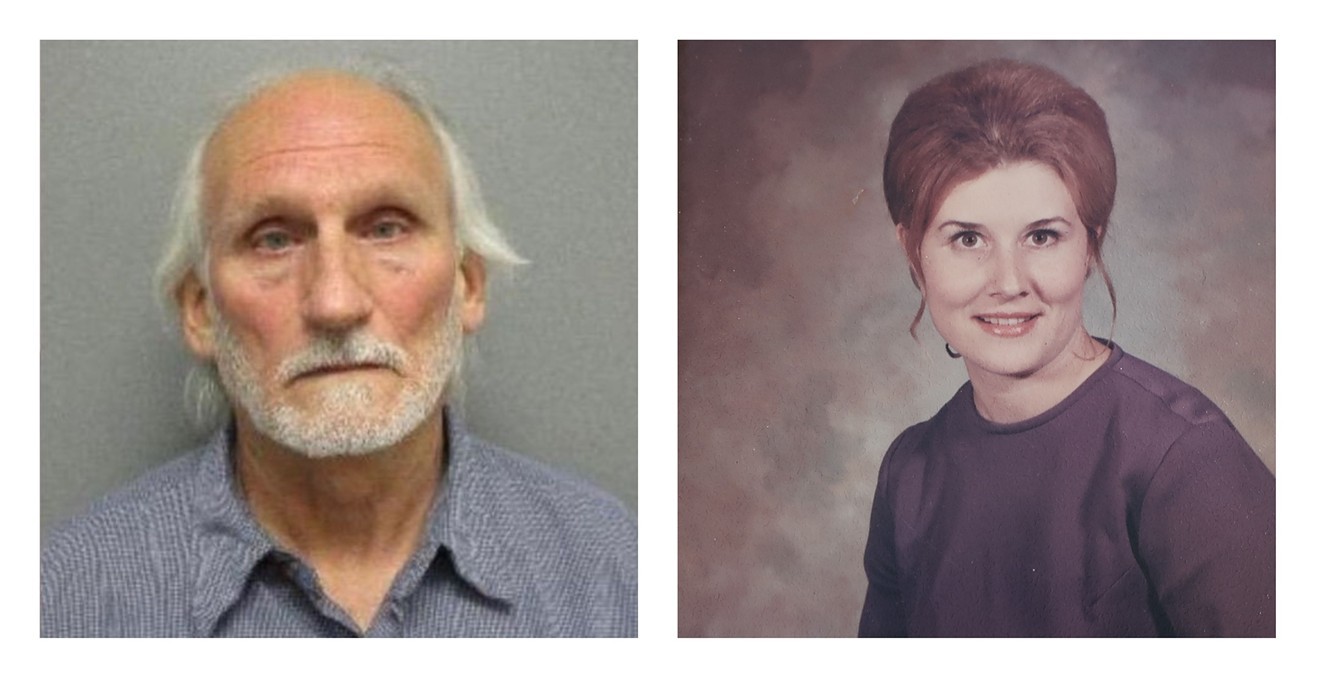 Anderson was arrested in February 2021 — and a can of Vanilla Coke was a key to breaking the case.

Quayle, 35, was found murdered in her home on the 3800 block of South Ogden Street on August 4, 1981. She was nude and had been strangled, stabbed, shot and sexually assaulted.

Progress in finding Quayle's killer was agonizingly slow. Investigators collected 140 pieces of evidence, and two years later, testing of an area rug revealed so-called "foreign material" that might offer opportunities for DNA testing. But it took until 1995 for the rug to be sent to the Colorado Bureau of Investigation for analysis, and another five years after that for a DNA profile to be developed.

Extensive efforts to connect the profile with individuals listed in DNA databases followed, with Anderson finally identified as the most likely suspect. But confirmation didn't come until after cops nabbed the Vanilla Coke can from Anderson's trash on January 18, 2021. Eleven days later, on January 29, DNA results confirmed their suspicions.

Here's the February 2021 press conference at which Anderson's arrest was announced:
The conviction wasn't a slam dunk. As noted by the 18th Judicial District DA's Office, which pressed the case, the initial preceding against Anderson was declared a mistrial in March when the original jury failed to reach a verdict after five days of deliberation. However, jurors who heard the evidence this time around found Anderson guilty of two charges: first-degree murder after deliberation and felony murder.

"For more than forty years, the defendant carried with him a dark secret, a secret that was finally revealed during this trial," noted Deputy District Attorney Grant Grosgebauer after the verdict.

"We’re very grateful for the numerous investigators, analysts and forensic scientists who, through the decades, refused to let the passage of time deter them in their quest for justice," added Chief Deputy District Attorney Chris Gallo. "We certainly hope that this small measure of justice brings some degree of peace to Sylvia Quayle’s family, who has waited more than forty years for this result."

And District Attorney John Kellner, the Republican nominee for Colorado attorney general, pointed out that "when we first started our Cold Case Unit in 2013, this is a case most people said would never
be solved. But time and science march on, leading us to justice today. This verdict should give hope to all those who are still waiting for justice — and for any killer who thinks they got away, know that we are still coming for you."

Anderson is scheduled to be sentenced on August 4. His likely punishment: life in prison, with the possibility of parole after twenty years.
KEEP WESTWORD FREE... Since we started Westword, it has been defined as the free, independent voice of Denver, and we'd like to keep it that way. With local media under siege, it's more important than ever for us to rally support behind funding our local journalism. You can help by participating in our "I Support" program, allowing us to keep offering readers access to our incisive coverage of local news, food and culture with no paywalls.
Make a one-time donation today for as little as $1.