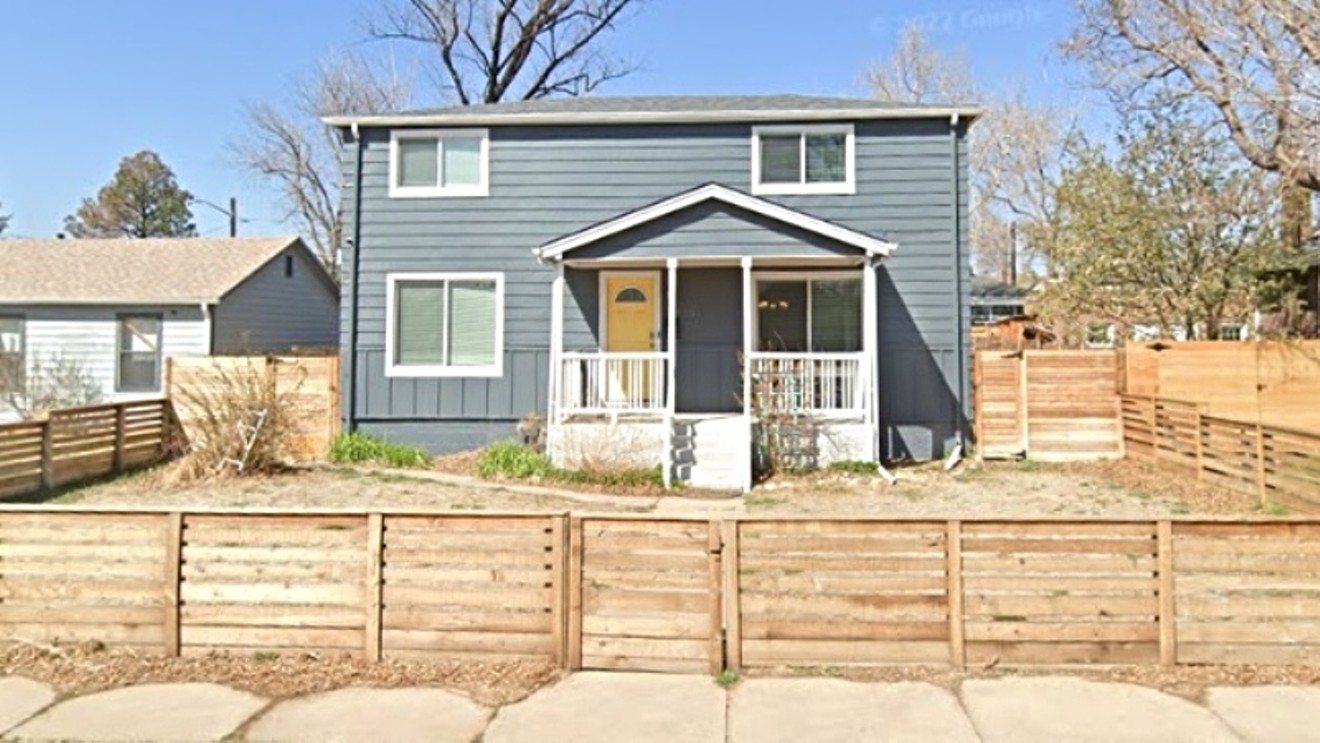 This four-bedroom, three-bathroom, 1,893-square-foot home at 4819 King Street is listed at $745,000, down from an original price of $820,000.
Most stats in the just-released October market-trends report from the Denver Metro Association of Realtors point to a shift to a buyer's market after a long period of rising prices and bidding wars. And yet the average price of a detached house in the metro area actually rose from last month, bumping above $745,000.

This anomaly is contradicted by a decrease in the median-home price, which went from $645,000 in August to $632,000 in September, the most recent month for which figures are available. The disconnect indicates just how difficult it is to predict where the Denver real estate scene is heading for house-hunters and realtors alike.

The DMAR survey focuses on greater Denver, an eleven-county zone that includes the core metro counties as well as contiguous counties such as Gilpin, Clear Creek, Park and Elbert. In September, the average price for a detached home in this area settled at $745,947, up 0.28 percent from the adjusted figure of $743,882 in August, and 8.02 percent more than the $690,541 average price a year ago. Likewise, the $632,000 median price is up 9.72 percent over last year, even though it fell last month.

Such developments are relatively commonplace in early autumn on the Front Range. Nonetheless, a graphic from the report built with figures from January 2008 to July 2022 reveals that, prior to July, active listings at the end of the month hadn't exceeded the closings total in two years.

The yellow line corresponds to active listings at the end of each month, while the blue line shows sales that closed over the same periods: 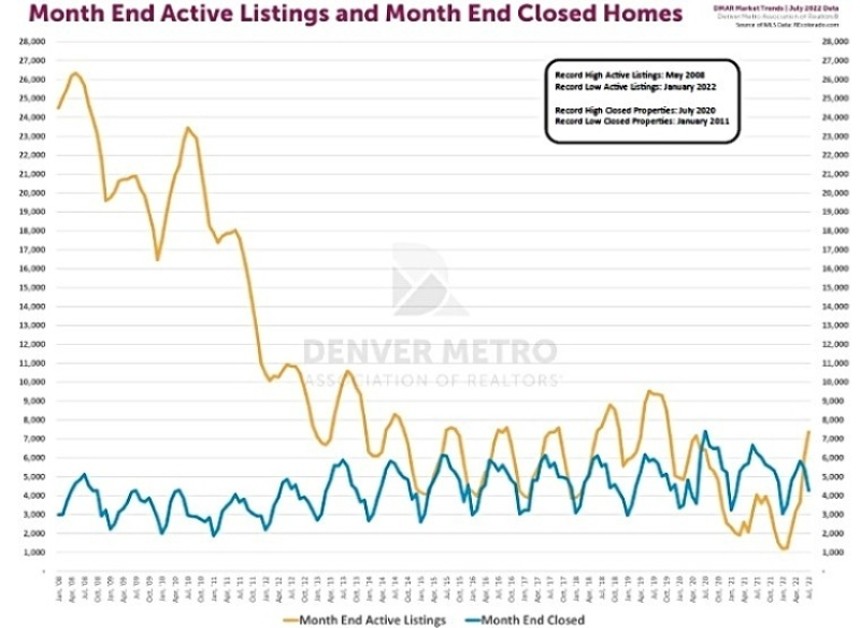 The unexpected increase in September took place even though the average number of days that detached homes hung around on the Multiple Listings Service, or MLS, climbed to 28, eight more than in August. Meanwhile, the median stay ratcheted from twelve days in August to eighteen last month, and the typical closing price was 98.70 percent of list, the lowest it's been in at least a year.

"I believe we are moving toward a balanced market, which we haven’t seen in over sixteen years," she states. "A traditional cycle for the Denver real estate market is seven years. Due to an economic crash and a global pandemic, the cycles were extended, but a correction is needed. The market is entering a period of neutrality, where the bullish ways of extreme markets make way for a stage of compromise, with buyers and sellers working together for a win-win experience."

Click to read the Denver Metro Association of Realtors' October 2022 market-trends report.
KEEP WESTWORD FREE... Since we started Westword, it has been defined as the free, independent voice of Denver, and we'd like to keep it that way. With local media under siege, it's more important than ever for us to rally support behind funding our local journalism. You can help by participating in our "I Support" program, allowing us to keep offering readers access to our incisive coverage of local news, food and culture with no paywalls.
Make a one-time donation today for as little as $1.